DeVos responds after being blocked by protesters 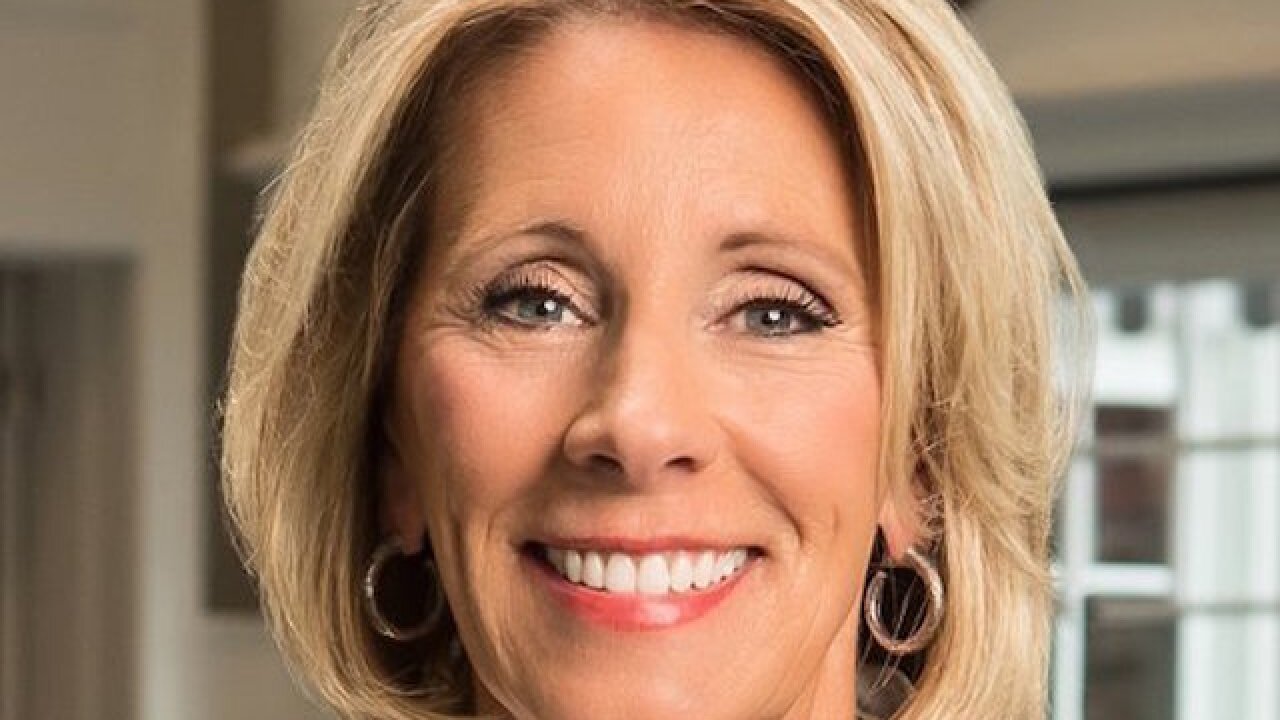 © 2017 Cable News Network, Inc.
Betsy Devos
<p>Betsy DeVos, President Donald Trump's pick to lead the Department of Education, appears to have lifted a quote from an Obama administration civil rights official in written answers to the Senate committee tasked with approving his nomination.</p>

Parents holding signs greeted DeVos when she arrived at Jefferson Middle School Academy in southwest Washington, not far from the Department of Education building.

When she tried to enter the school, the protesters stood in front of her, video from CNN affiliate WJLA showed.

The video showed DeVos then turned around and walked away, with one protester walking beside her shouting, "Go back! Shame, shame."

She got into an SUV and drove off. It's not clear if she later entered the school through another door.

WJLA reported the protest was organized by the Washington Teachers' Union, which did not support DeVos' nomination.

"I respect peaceful protest, and I will not be deterred in executing the vital mission of the Department of Education," DeVos said in a statement. "No school door in America will be blocked from those seeking to help our nation's school children

Washington Mayor Muriel Bowser tweeted about the demonstration, saying: "This bears repeating: Protest - peaceful protest - is fine but we do not condone violence towards anyone." The second part of that tweet said, "DC has the fastest growing urban school district in America. We welcome @BetsyDeVos & anyone who wants to learn more about our schools."

DeVos was one of Trump's most controversial appointments. Critics complained about her lack of experience with public schools and her bankrolling of efforts like school vouchers that could take money from public institutions.

She won confirmation on Tuesday after Vice President Mike Pence broke a deadlocked 50-50 vote in the Senate.