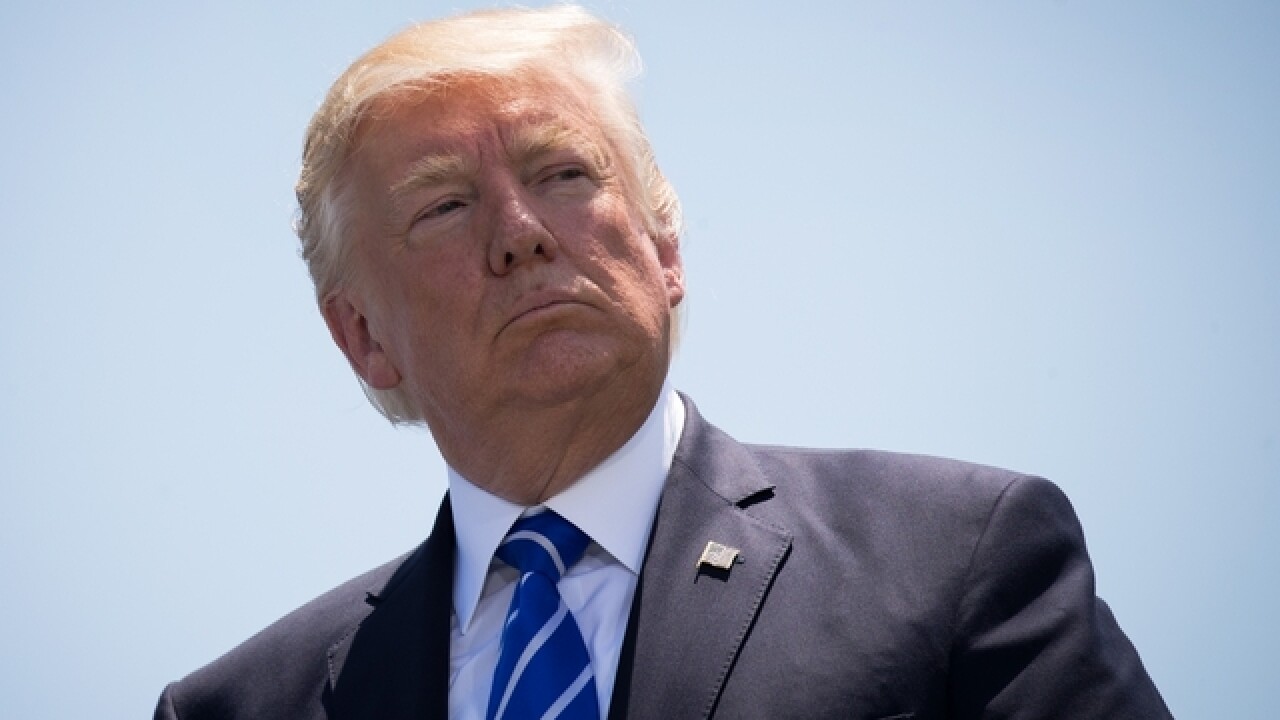 President Trump's aggressive stance on global trade may be working in America's favor.

That's the takeaway from a new report on trade ties between the United States and other major economies.

America's biggest trade partners have taken far fewer protectionist measures against U.S. business so far this year, possibly because they're worried about retaliation, according to the authors of the Global Trade Alert -- published by the London-based Centre for Economic Policy Research.

The report found that other G20 economies inflicted 52 "hits" against U.S. commercial interests in the first half of 2017, 29% fewer than in the same period last year, and a similar decline versus 2015.

The "hits" include tariffs, duties and quotas on U.S. imports, anti-dumping measures, and tax incentives for exporters that could hurt American companies.

"The G20 countries that had hit U.S. interests more often before President Trump was elected are the very G20 countries that have cut back on protectionism the most in 2017," said Simon Evenett, professor of economics at Switzerland's St. Gallen University and one of the authors of the Global Trade Alert. "Why should [they] do that unless they feared being singled out for retaliation?"

"These heavy users of protectionism may be signaling that they have gotten the message from the Trump Administration in Washington," Evenett added.

Three economists not involved in the report agreed with that conclusion in interviews with CNNMoney.

Andrew Kenningham, chief global economist at Capital Economics, said emerging countries in particular might think twice about taking any protectionist measures for fear of invoking the wrath of the U.S.

"Mexico's government has certainly turned the other cheek in response to Trump's threats. So it is actually possible that rather than prompting a global trade war, Trump's rhetoric and policies may have little effect or even lead to more free trade," he said.

The report was published this week ahead of the G20 summit of world leaders, where trade could be a flashpoint.

Trump and his advisers have claimed that global trade is rigged against the U.S., and the president has railed against America's trade deficits with countries such as China and Germany.

He stepped up the pressure again on Wednesday. "The United States made some of the worst Trade Deals in world history. Why should we continue these deals with countries that do not help us?," he tweeted.

The authors found that under Trump, the U.S. has implemented 189 measures against the commercial interests of other G20 countries. That's more than twice the number implemented on average during comparable periods under the second Obama administration.

The U.S. is also by far the worst offender among the G20 nations, according to the report. Since 2008, the U.S. has pushed though nearly 1,250 protectionist measures. During the same period, China struck 265 times and South Korea 145 times.

"Such findings are hard to square with U.S. Commerce Secretary Ross' recent assertion that other countries are more protectionist than the United States," the authors said.

The U.S. administration has also signaled it could slap tariffs or quotas on shipments of steel from other countries.

Trump's protectionist rhetoric has prompted other leaders to talk up the benefits of free trade.

German Chancellor Angela Merkel said last week that "anyone who believes they can solve the problems of this world with isolationism and protectionism is making a big mistake."

Japanese Prime Minister Shinzo Abe said this week that "it is extremely important for Japan and the EU to wave the flag of free trade in response to global moves toward protectionism."

He's due to sign a big free trade agreement with the European Union on Thursday.

Chinese President Xi Jinping has also defended free trade in several speeches. And other countries are pushing ahead with the Trans-Pacific Partnership despite Trump's decision to pull America out of the mammoth trade deal.