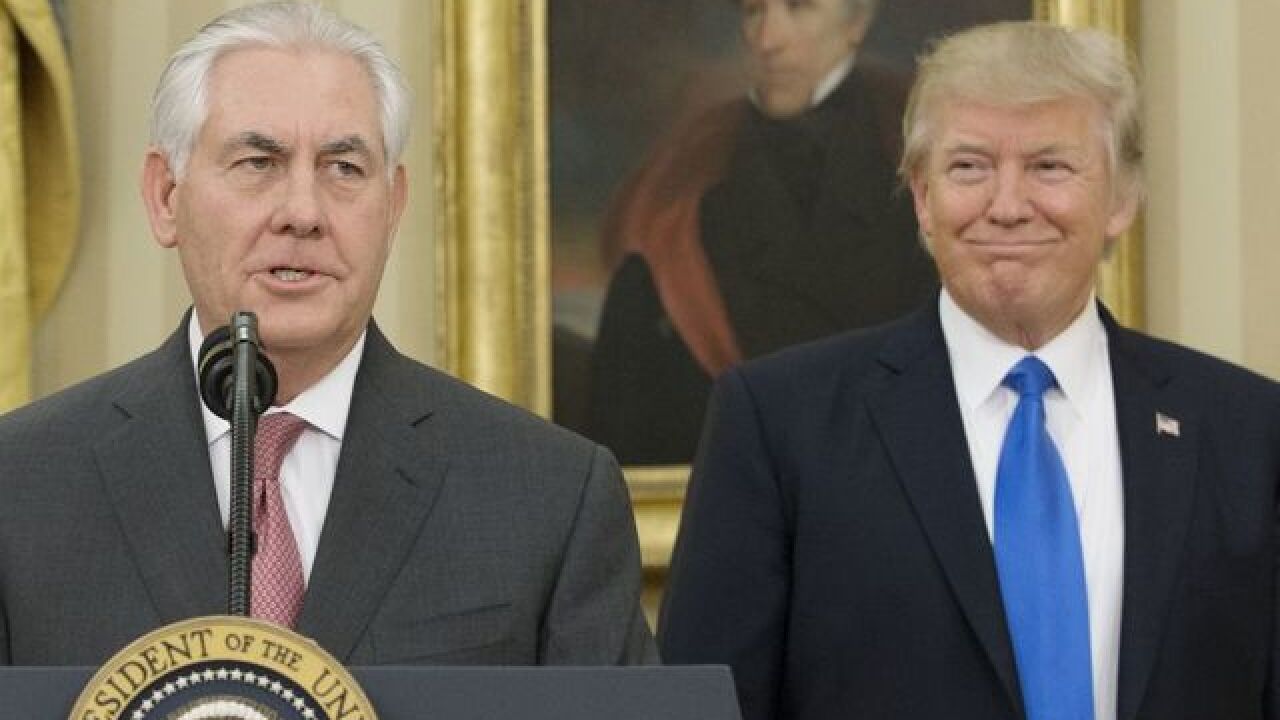 President Donald Trump, scorned by reports that Rex Tillerson called him a "moron" earlier this year, told Forbes in an interview released Tuesday that he has a higher IQ than his secretary of state.

The comment underscores the volatility between the two men after multiple reports that their relationship has frayed over the secretary of state's comment. Trump and Tillerson, along with Secretary of Defense James Mattis, will have lunch together at the White House on Tuesday afternoon.

"I think it's fake news, but if he did that, I guess we'll have to compare IQ tests," Trump said. "And I can tell you who is going to win."

"The President certainly never implied that the secretary of state was not incredibly intelligent," she said. "He made a joke. Nothing more than that."

She added: "He has full confidence in the secretary of state."

Trump was aware before the report earlier this month that Tillerson had referred to him as a "moron" at the Pentagon this summer, a source familiar with the conversation told CNN, but it's unclear whether Trump discussed the remark with Tillerson. Trump was not present at the Pentagon meeting where the comment was made.

Trump and his administration have looked to discredit the initial NBC report, despite the fact that other outlets have since confirmed Tillerson made the comment.

"The @NBCNews story has just been totally refuted by Sec. Tillerson and @VP Pence. It is #FakeNews," Trump tweeted at the time. "They should issue an apology to AMERICA!"

Tillerson also made an in-person statement lauding his boss and his commitment to working for him, but sources have told CNN that the two men have an uneasy relationship that has recently been highlighted by the fact that Trump publicly tweeted that Tillerson was "wasting his time trying to negotiate" with North Korea.

The President doubled down on those comments in his interview with Forbes.

"He was wasting his time," Trump said. "I'm not undermining him. I think I'm actually strengthening authority."

Though the uneasy relationship continues, it is unlikely -- for now -- that Tillerson will leave, sources have told CNN, because the President and his top aides are aware of the perception that they are shedding top staff at an unnerving clip. Tom Price, Trump's first Health and Human Services secretary, resigned in late September over a private plane scandal and since becoming president, Trump has dismissed several top communication aides, a chief of staff and a chief strategist.

Trump has repeatedly stepped out onto the foreign stage since becoming president, but the forays have not been universally well received. Trump, who ran on the promise to put America first, has largely thrown out the foreign policy playbook of past administrations, and in his interview with Forbes, Trump said he is unlikely to fill the State Department with his own people.

"I'm generally not going to make a lot of the appointments that would normally be--because you don't need them," the President said. "I mean, you look at some of these agencies, how massive they are, and it's totally unnecessary."

He added: "They have hundreds of thousands of people."