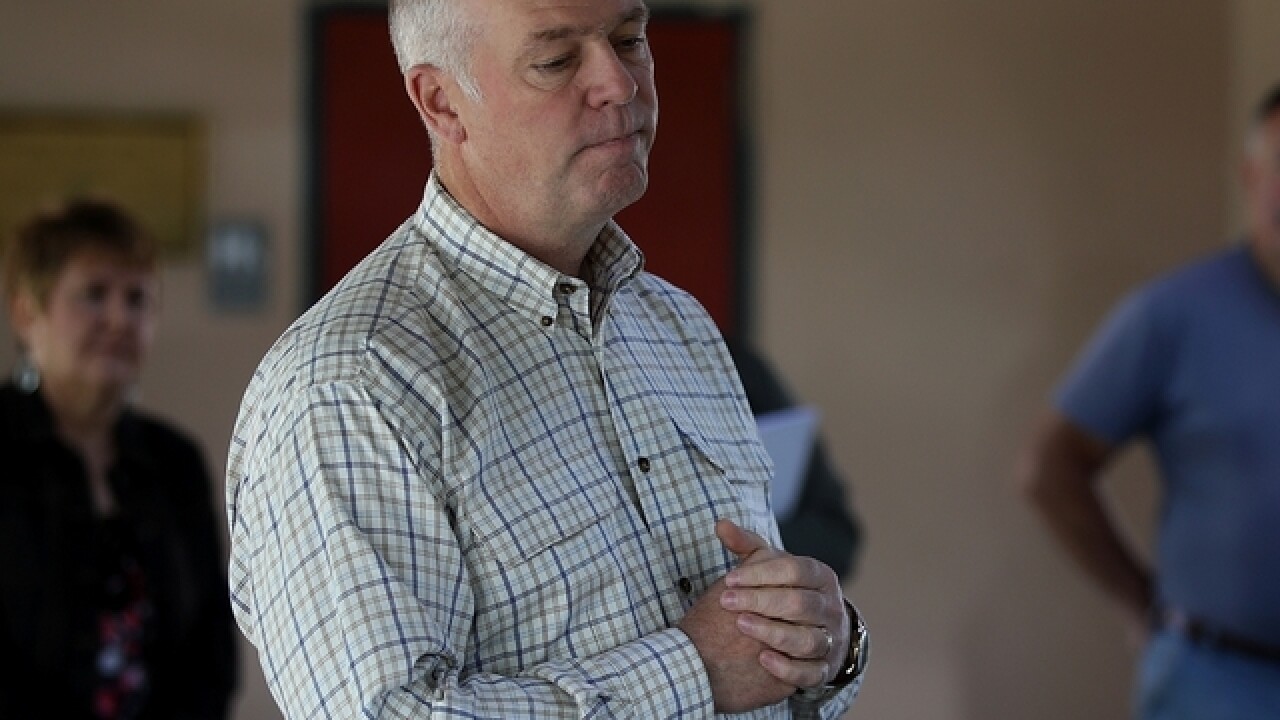 One day after Republican candidate for Congress Greg Gianforte allegedly body slammed a reporter, he won Montana's only House seat over Democrat Rob Quist in a special election on Thursday.

The special election was made possible when former Montana Congressman Ryan Zinke took a spot in the President Trump administration.

With a majority of the precincts reporting, Gianforte led by a 49-44 margin.

Gianforte will serve through the end of 2018.

The Montana election has drawn the interest of partisans as the seat is one of the first Congressional battles since Trump took office. With the possibility of a Democrat holding a US House seat in the state for the first time in two decades, the race drew international attention.

Gianforte was charged with a misdemeanor of assault after UK Guardian reporter Ben Jacobs attempted to interview the seat's GOP standard-bearer. When Gianforte refused to answer the reporter's question, he allegedly took Jacobs to the ground, breaking Jacobs' glasses.

Audio released by the Guardian indicated that Jacobs was asking Gianforte a question about health care, when the alleged incident took place.

On Thursday, House Speaker Paul Ryan urged Gianforte to apologize for the incident.

Montana has traditionally been a "Red State" in presidential elections, but it's not impossible for Democrats to win in the state. Democrats have held the governorship in Montana since 2005, and one of the state's two US Senate seats since 2007.