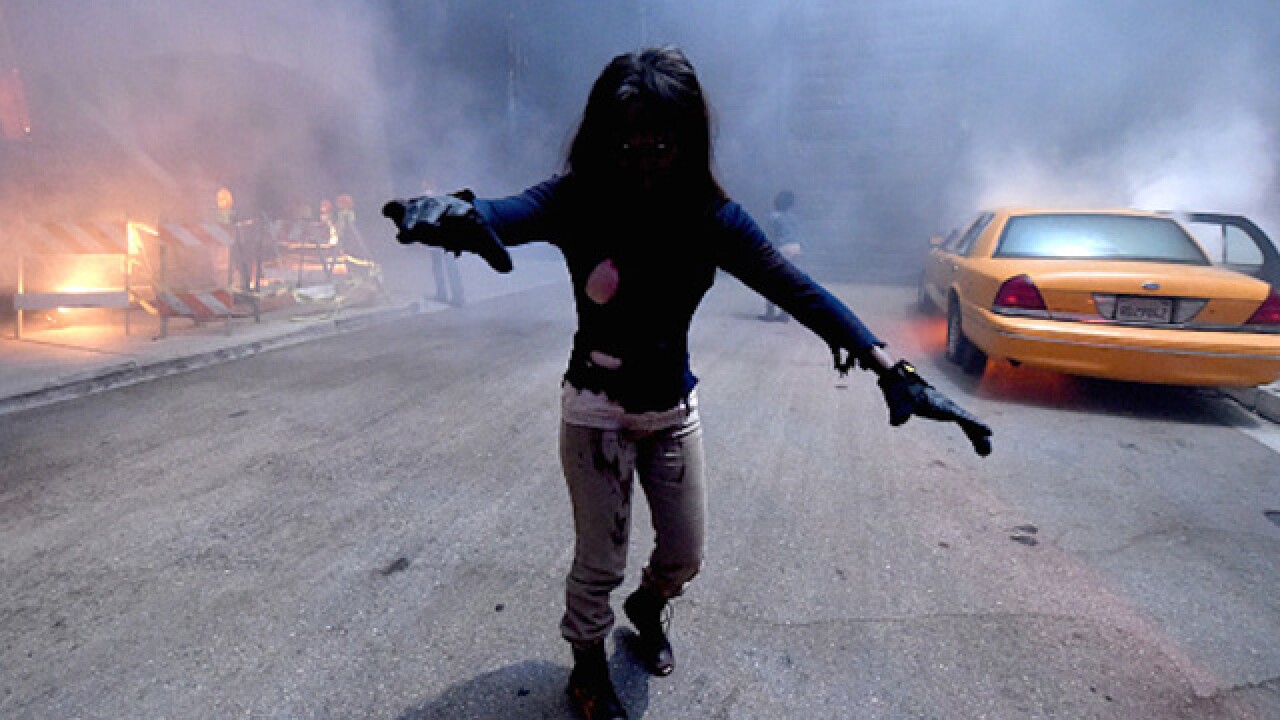 Copyright 2018 Scripps Media, Inc. All rights reserved. This material may not be published, broadcast, rewritten, or redistributed.
Kevin Winter
at the after party for the premiere screening of AMC Networks' "The Walking Dead" Season 5 at the Universal Studios Backlot on October 2, 2014 in Universal City, California.

There’s no doubt that The Walking Dead is one of the most spine-chilling and disturbing shows on TV. But it turns out it can be just as scary to those who aren’t even watching.

According to the Great Falls Tribune, police officers in the Montana town responded to multiple calls regarding a domestic incident Sunday evening around 9:30 p.m. ET. 911 callers told dispatchers that they could hear “screaming from a house about someone having a gun.”

Officer quickly responded and surrounded the home, where they observed “loud talking” and “flashing lights.” When they finally entered the home, the found two adults and several kids watching the midseason premiere of The Walking Dead.

Apparently, the family’s big-screen TV was close enough to windows that it fooled their neighbors. Maybe turn down the volume a bit next week, folks.