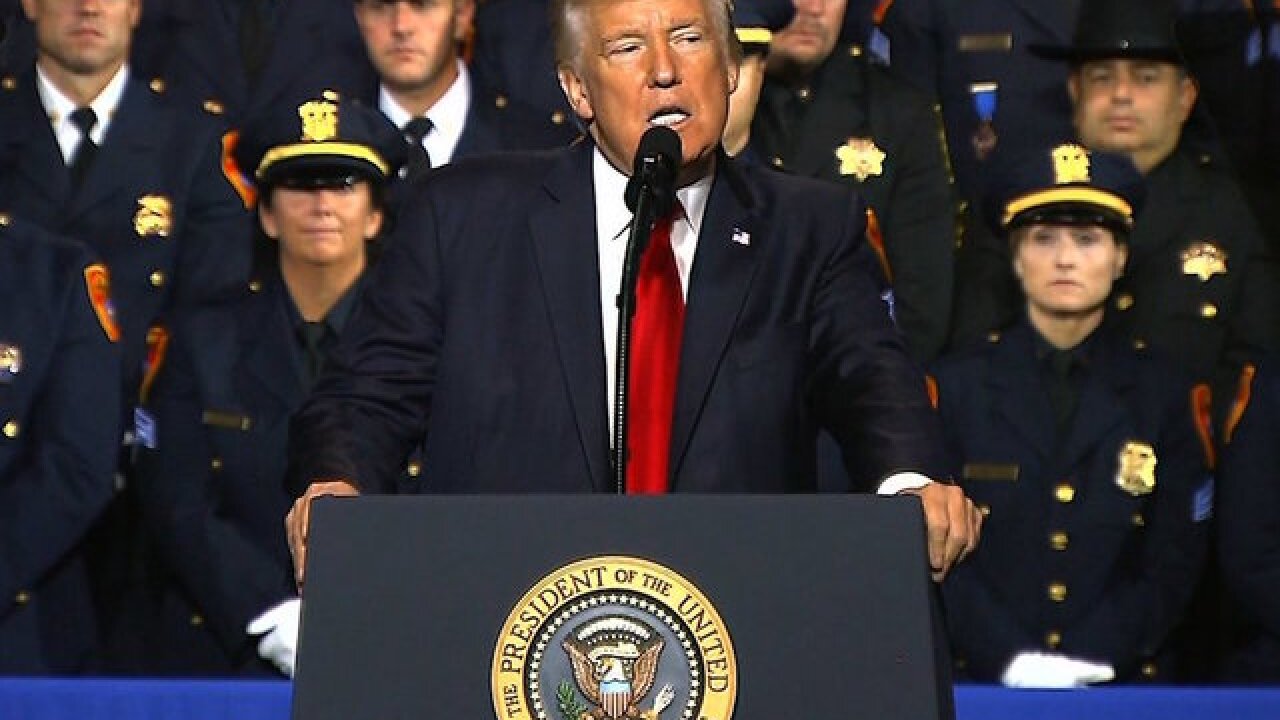 President Donald Trump's suggestion that police shouldn't be "too nice" to suspects and should stop shielding detainees' heads when guiding them into police vehicles has prompted a mixed reaction from two policing veterans.

Trump made the comments during a speech to law enforcment officers and officials in Long Island, New York, on Friday.

Philadelphia's former police commissioner Charles Ramsey condemned Trump's comments on CNN's "New Day," early Monday. "I was very concerned when I first heard those remarks because I believe it reinforces a very negative stereotype of police that we've been trying to overcome.That is, that police use excessive force on a regular basis, we violate people's constitutional rights," he said.

Ramsey added that "Nothing could be further from the truth."

"Police are out there every single day, operating in a very professional manner, taking some very dangerous people off the streets, and doing so without using excessive force or violating people's rights," he said.

Harry Houck, a retired New York Police Department detective, didn't agree. He noted that in video of Trump's speech, officers can be seen laughing, which means they -- like him -- interpreted the comments "as a joke."

"I don't think any police officer out there in the right frame of mind would take that as a way of condoning that kind of activity," he said. "I don't think it's really that big of a deal. I think it was just playing to the police officers, trying to get a laugh."

Anchor John Berman asked for clarification on whether it is "okay to condone rough treatment from police officers."

"Oh, no," said Houck. "A police officer knows the rules, knows how to act out there. There isn't any police officer listening to that statement saying, 'Okay, I'm going to rough somebody up now because the President told me I could.'"

"What if there's one?" asked Berman.

"What can you do, if there's one?" Houck responded.

Ramsey said that because policing is local, he wasn't sure why Trump's vocal support of officers really matters.

"We're not under the direct command of the President," he noted. "If you engage in misconduct, if you think the President of the United States is going to come and save you, you're mistaken."

Ultimately, the two seemed to disagree most on the intention of the comments overall. "This is the President of the United States. He's the commander in chief, not a stand-up comic," Ramsey said. "Words matter."