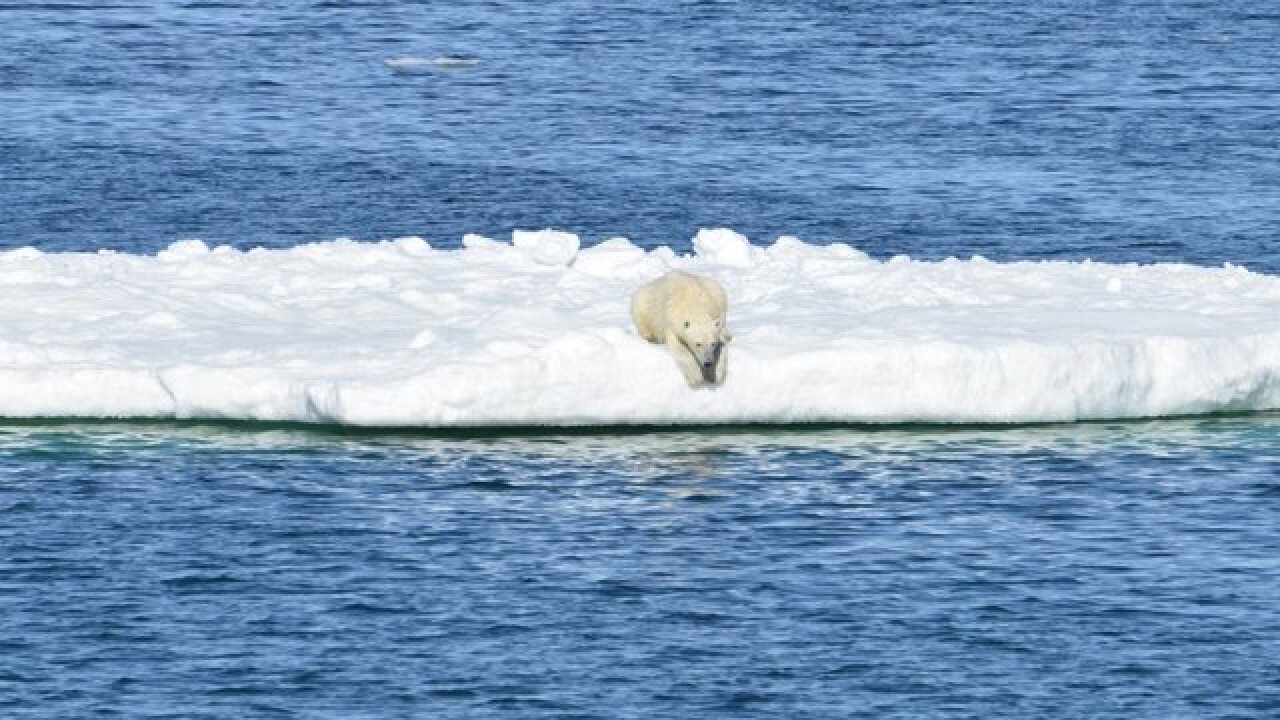 Polar bears are starving and could face extinction faster than previously thought, according to a new study.

Published Thursday in the journal Science, the study was conducted by researchers who fixed collars on nine bears and recorded their activity levels for up to 11 days. They found that the Arctic creatures were suffering an extreme shortage of food.

As a result of climate change, the sea ice in the Arctic is melting and forcing the bears to travel further and use more energy to catch their prey.

The three-year study conducted by the US Geological Survey and University of California, Santa Cruz, found that the Arctic predators are moving 1.6 times more than previous studies have reported. That increased movement in the search for food leaves them shorter on the calories they need.

"The purpose was to get a better understanding of what the changes in sea levels are and how they are impacting the polar bears," Anthony Pagano, a lead researcher in the study, told CNN.

"We wanted to understand what the basic mechanisms were, what the polar bears were doing on the ice and what their energy needs are."

The study found that for one polar bear to sustain its energy level it would require an intake of 12,325 calories a day, usually one adult ringed seal every 10 days.

Over the course of the study, four of the nine seals did not reach that calorie level and lost a combined mass of 20 kilograms (44 pounds), which "reinforced the famine lifestyle the polar bears have," Pagano said.

According to the World Wildlife Fund, polar bears spend more than 50% of their time hunting and are successful less than 2% of that time.

"I'm not surprised to have seen this," said Liz Greengrass, a director at UK animal conservation charity Born Free Foundation. "Polar bears are reliant on seals for food and seals rely on sea ice. Global warming is melting the ice so it has a chain reaction on how polar bears can survive."

Polar bears have been listed as endangered species by the US Fish and Wildlife Service, and the protection program repeatedly emphasizes the importance of climate change.

Arctic sea ice in December was at its second-lowest level since 1979, according to the National Snow & Ice Data Center.

USGS researchers' most recent estimate of the polar bear population indicates their numbers have declined by 40% over the past decade, but a common problem for researchers is that it has been difficult to study polar bear behavior in these harsh environments, Pagano said in a statement.

"We now have the technology to learn how they are moving on the ice, their activity patterns and their energy needs, so we can better understand the implications of these changes we are seeing in the sea ice," he said.