Pluto is most definitely a planet -- and should never have been downgraded, say some scientists 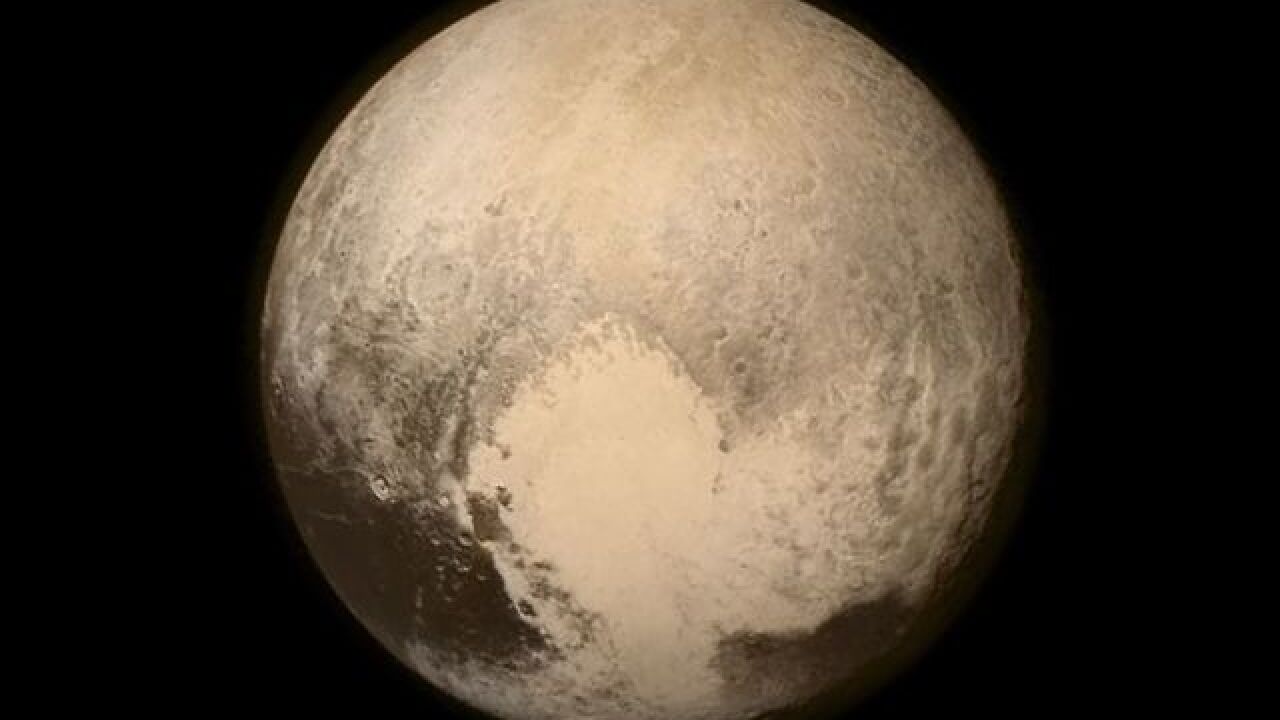 That seems to be the aim of a new study that urges Pluto be returned to its former planetary glory.

The research, published in the scientific journal Icarus, says Pluto never should have been downgraded from a planet to a dwarf planet 12 years ago. Why? Because, the authors say, the rationale behind the decision wasn't valid.

Let's back up a bit, to 2006. That's when the International Astronomical Union (IAU), the group that gets to name planetary bodies, established updated rules for what is and what isn't a planet.

The IAU defined a planet as a celestial body that orbits the sun, is round or nearly round and "clears the neighborhood" around its orbit.

It's that last part that's currently in dispute. The IAU said Pluto was just too small to clear the neighborhood, or knock other space rocks out of its path as it orbits the sun. And so, the astronomical union demoted Pluto to dwarf planet status.

Philip Metzger has a problem with that. He's a University of Central Florida planetary scientist and lead author on the study.

"The IAU definition would say that the fundamental object of planetary science, the planet, is supposed to be defined on the basis of a concept that nobody uses in their research," Metzger said in a statement on the school's website.

Metzger and his team looked at more than two centuries' worth of research and found just one study, from the early 19th century, that employed the orbit-clearing standard the IAU used to downgrade Pluto.

And, Metzger also points out, the standard used to classify planets changed in the 1950s after astronomer Gerard Kuiper said what really determines what is and what isn't a planet is how a celestial body is formed.

Metzger goes a step further, saying a planet should be classified based on if it's big enough that its gravity allows it to become a spherical shape, according to the school's statement.

"And that's not just an arbitrary definition," he said. "It turns out this is an important milestone in the evolution of a planetary body, because apparently when it happens, it initiates active geology in the body."

Pulling Pluto from the ranks of planets has always been a controversial decision.

Back in 2014 Harvard-Smithsonian Center for Astrophysics jumped into the debate: What is a planet? It had some experts discuss the definition of a planet and then let the audience vote. No surprise; they voted that Pluto is a planet.

Metzger said the only planet more complex than Pluto is Earth. And we've learned so much more about Pluto after NASA's New Horizons spacecraft flew past it in 2015. Thanks to New Horizons, we now know that Pluto has dunes made of solid methane ice, mountain peaks covered in methane snow and, possibly, an icy, underwater ocean.

The AIU said there's a clear way to bring up a motion with the group -- "which is to propose an IAU Resolution through the relevant Working Group(s) and Division."

So far, however, no such resolutions have been proposed, said Lars Lindberg Christensen with the group.

"It is nevertheless good and healthy to debate these topics," Christensen said.

Maybe, sometime soon, the debate will be settled -- and we can all go back to talking about the nine-planet solar system we learned about in school.