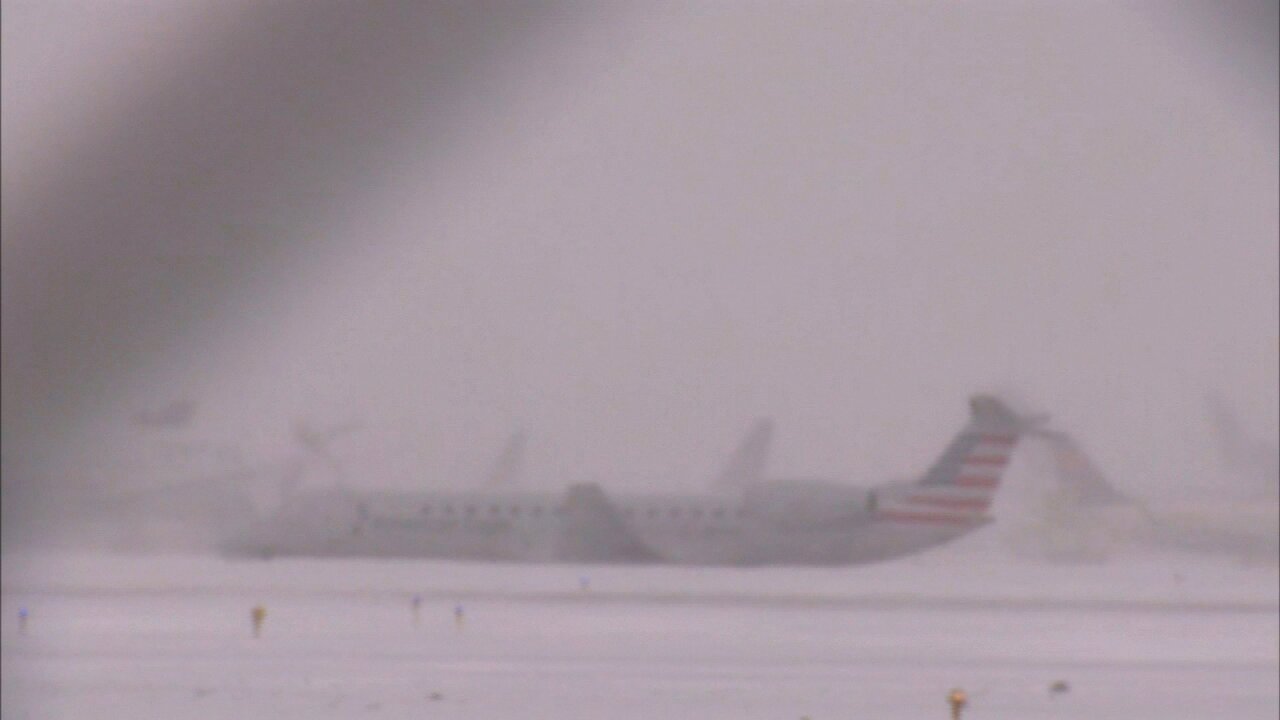 CHICAGO -- An American Eagle flight slid off the runway Monday morning at Chicago's O'Hare International Airport as snowy conditions and blustery winds led to hundreds of flight cancellations at the city's major airports.

All 38 passengers and three crew members were deplaned from the aircraft and are now safely back in the terminal, said American Airlines spokesperson Ross Feinstein. The flight originated in Greensboro, North Carolina.

At the time of the incident, there was light snow with visibility of less than a mile, wind gusts of 30 miles per hour and a temperature of 23 Fahrenheit.

As of 10 a.m. ET, 500 flights were canceled at O'Hare and Midway International Airport due to weather conditions

The National Weather Service has issued a winter weather advisory for parts of Chicago until 3 p.m. ET.

BREAKING: @AmericanAir Flight AA4125 from @flyfrompti to @fly2ohare slides off runway in Chicago this morning. Passengers tell me everyone is OK, deplaned and on buses to terminal. Video: Joseph Lian from Greensboro. @ABC11_WTVD @ABC #ABC11 pic.twitter.com/rBwyqfVtiU

Moments after @AmericanAir flight 4125 from @flyfrompti to @fly2ohare slid off runway in Chicago. Airline says all 38 passengers and 3 crew members onboard the American Eagle flight were OK.