Trump's advisor had her shoes on couch 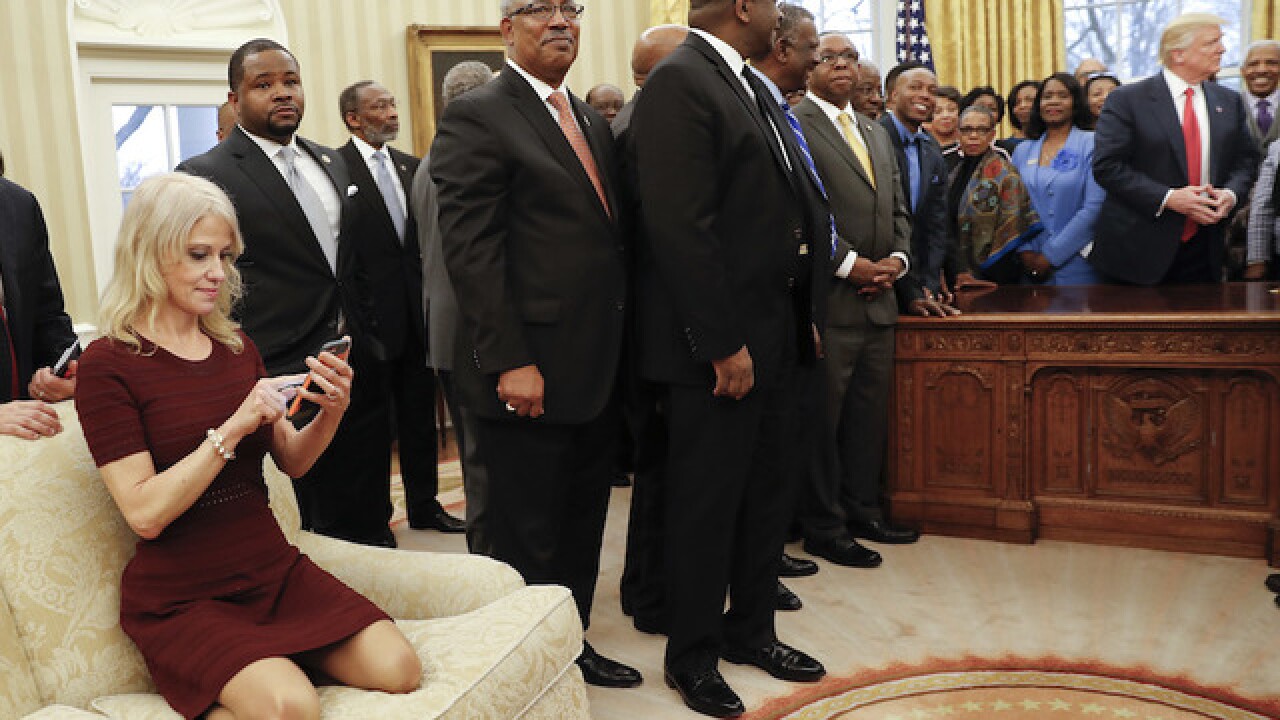 Copyright 2017 The Associated Press. All rights reserved.
Pablo Martinez Monsivais
<p>President Donald Trump, right, meets with leaders of Historically Black Colleges and Universities (HBCU) in the Oval Office of the White House in Washington, Monday, Feb. 27, 2017. Also at the meeting are White House Chief of Staff Reince Priebus, left, and Counselor to the President Kellyanne Conway, on the couch.</p> 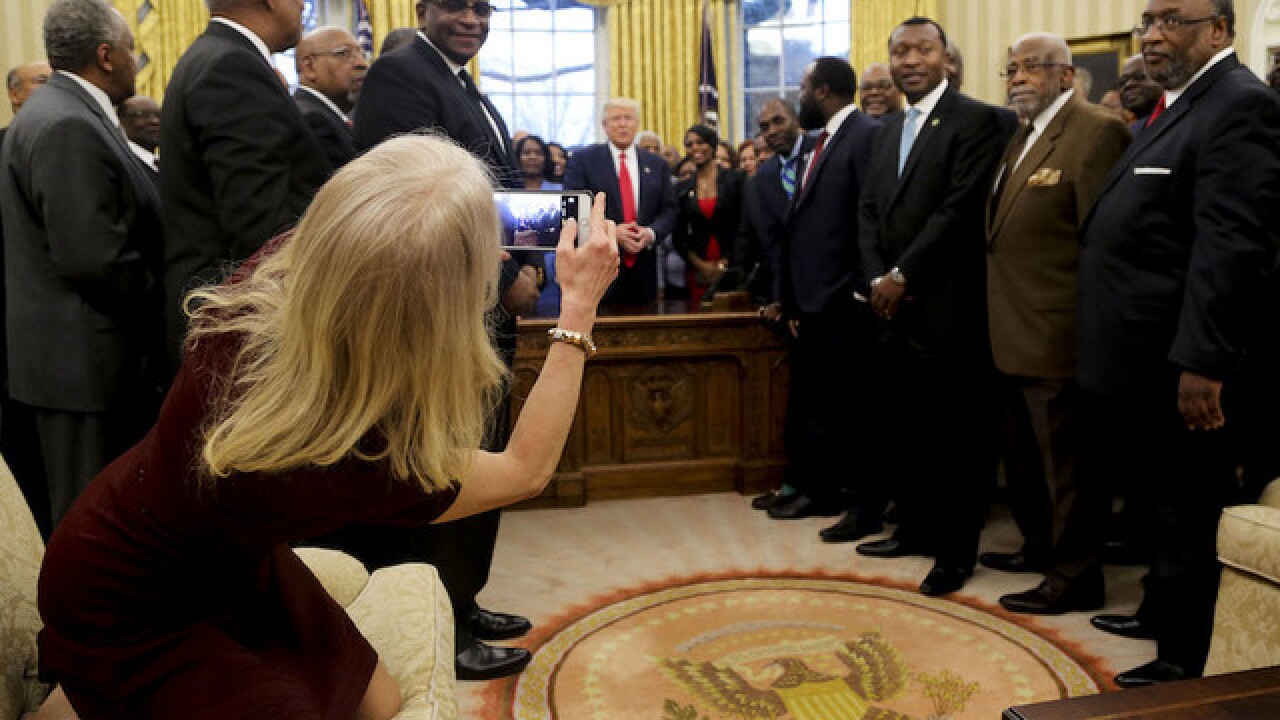 WASHINGTON (AP) — Photos of White House adviser Kellyanne Conway kneeling on an Oval Office couch with her shoes on have sparked an online debate about decorum in the executive mansion.

Conway is seen perched on her knees on the couch with her feet behind her in photos taken Monday while President Donald Trump met with leaders of historically black colleges and universities.

Some Twitter users were quick to highlight the photos as evidence of a lack of respect for the office from Conway and the Trump administration. Other users have countered with numerous photos of former President Barack Obama resting his feet on the office's famed Resolute desk at various times during his eight years in office.

Conway has yet to weigh in on the criticism.