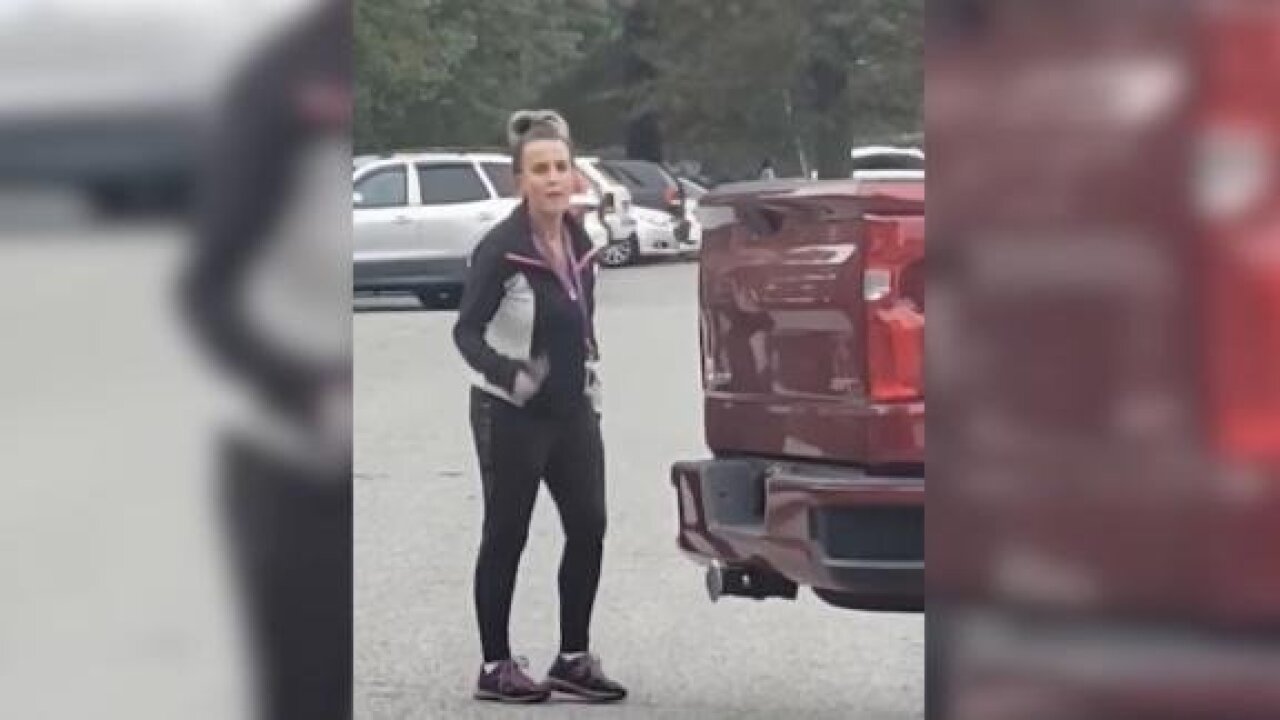 A female teacher at a Pennsylvania middle school is on administrative leave after she could be heard on video calling a black man the "N-word" and using other racist language after a fender bender in the school parking lot.

The woman has been a teacher there since 2008, he said.

"Right now, this person is on administrative leave without pay," McGarry told CNN. "We're going to pursue it vigorously. The next steps are the staff member can elect arbitration."

He confirmed the woman in the video uses the N-word and a derogatory remark that is offensive to the LGBTQ community toward a parent after a minor accident in the parking lot.

The Upper Darby School District is in a residential suburb of Philadelphia. According to the district, the student population of its schools is increasingly diverse: 46.6% are African American, 31.76% are white, 14.4% are Asian/Pacific Islander, 5.62% are Hispanic and 1% are other.

The video, posted on Facebook, appears to begin after the accident and as a man says, "I guess she's done cursin' and screaming."

The woman cuts him a look as she rubs the bumper of the truck she was driving. She can be heard saying the man is "probably on welfare too."

The man says, "Not even a little bit. Six figures a year, ma'am."

The teacher, who has not been publicly identified, calls that BS.

"It's because I'm young and I'm black, the reason why you would say that," he says.

"That's right, because you're black," she replies, as she continues to rub the bumper.

"Probably on welfare," he says, repeating her words.

"That's right," she answers. "Always looking to milk the system. And you see me, a white woman, so you think I got money."

"Go back to your welfare, to your Section 8 house," she says, referring to a federal program of low-income housing vouchers .

The woman insults the man's car, and he tells her he has a 3,200-square foot house.

She talks about how she can pay cash for his vehicle, which is not seen.

He tells her several times she is "mad and nervous."

She then lobs the N-word at him.

There is a pause and then he says, "I'm sorry."

"This situation can change real quick," he says.

She comes toward him and stops, saying, "What are you going to do about it?"

He tells her to stay where she is.

At some point she turns around and heads back to her truck.

At the end of the video, which cuts off abruptly after 99 seconds, the teacher calls him a "freakin' fag."

McGarry said he has met with the parent and with the teacher and her representation.

He said he couldn't say she would be fired.

"My recommendation is that we shouldn't tolerate this in our school and in our district, I can't go into more detail than that," he said.

CNN made attempts to reach out to the teacher and the parent but has not received comment from either of them about the video and what preceded it.