One year of Mueller's special counsel investigation, by the numbers 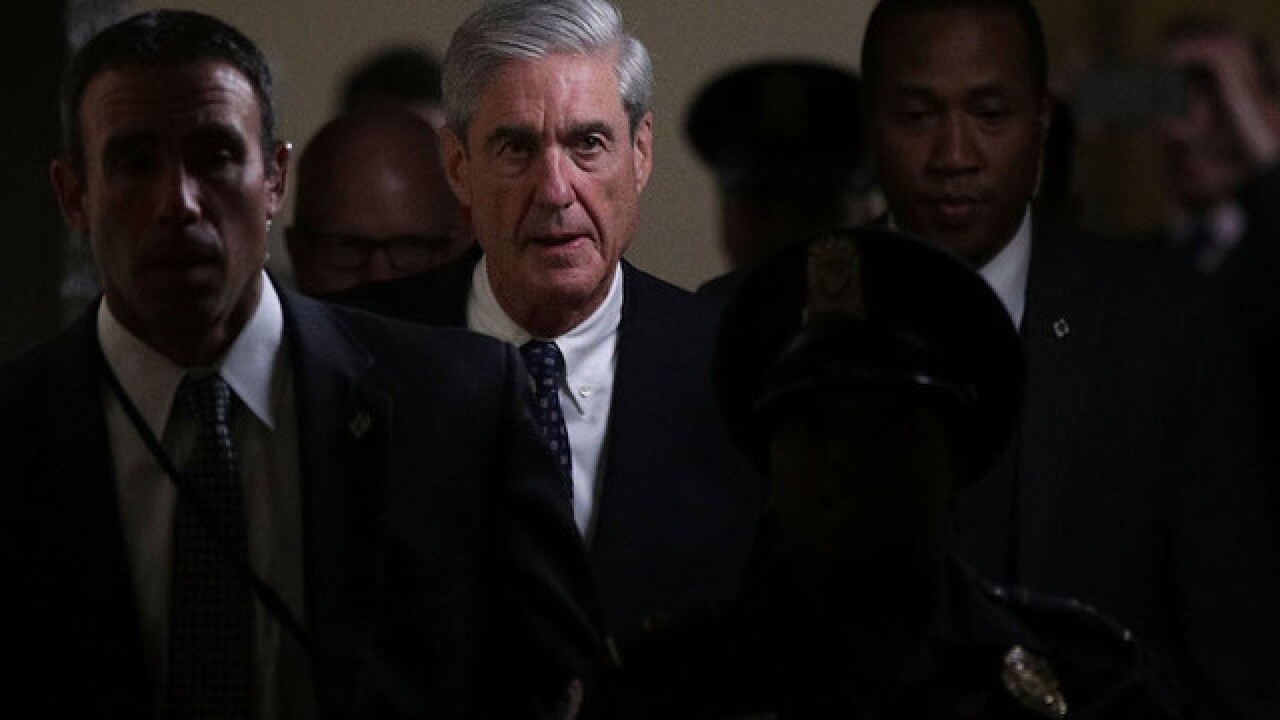 Thursday marks one year since special counsel Robert Mueller was appointed to investigate Russian meddling in the 2016 US election. Mueller took over an investigation that was first opened by since-fired FBI Director James Comey in July 2016, during the campaign.

The far-reaching investigation continues -- witnesses are still being interviewed, and trials are scheduled for later this year. As the proceedings have dragged on, the White House has adopted an increasingly hostile tone toward the investigation, which President Donald Trump has repeatedly called a "witch hunt" and a "hoax."

Trump tweeted Thursday about his feelings toward the investigation.

Congratulations America, we are now into the second year of the greatest Witch Hunt in American History...and there is still No Collusion and No Obstruction. The only Collusion was that done by Democrats who were unable to win an Election despite the spending of far more money!

Here is a breakdown of what we know about one year of the investigation under Mueller, by the numbers.

In one year, Mueller has brought charges against 19 people and three companies, including a former White House adviser, three former Trump campaign aides -- including the campaign chairman at the time -- a prominent Russian oligarch and a dozen Kremlin-backed trolls. In all, these defendants are facing a combined 75 criminal charges, ranging from alleged conspiracy against the United States, bank fraud and tax violations to lying to FBI investigators and identity fraud.

At least 40 people have voluntarily given interviews to Mueller's investigators, according to CNN's latest reporting and other news accounts. At least seven people are known to have testified at a grand jury, though the number is likely much higher because the proceedings are secret.

Before Mueller took over the investigation, at least two former Trump campaign staffers were placed under government surveillance. The FBI and Justice Department got approval from federal judges to wiretap and monitor the communications of Manafort and Carter Page, a foreign policy adviser to the campaign.

Earlier this year, Trump's lawyers touted an "unprecedented" level of cooperation with Mueller. They boasted that the White House had handed over 20,000 pages to Mueller and the Trump campaign had produced an additional 1.4 million pages of documents. They also noted that at least 20 White House staffers "voluntarily" gave interviews to Mueller's investigators, including eight people from the White House Counsel's Office.

The President has not yet been interviewed, but negotiations are underway for him to provide testimony. CNN has reported that in at least one meeting, Mueller raised the possibility of a subpoena to compel Trump's testimony. Trump has said he would "love to speak" to Mueller, so long as he is "treated fairly."

When Mueller was appointed, Trump's initial response seemed resolute but calm. "As I have stated many times, a thorough investigation will confirm what we already know — there was no collusion between my campaign and any foreign entity," the President said in a statement.

But early the next morning, Trump used what is now his signature phrase to describe the probe. "This is the single greatest witch hunt of a politician in American history!" he tweeted. He has tweeted about the "witch hunt" 39 times since the Mueller probe began, and has used it more frequently over the past two months.

Nearly $7 million was spent by the federal government between May and September 2017 to investigate Russian meddling in the 2016 election, according to the latest publicly available spending figures. Of that total, Mueller's team spent approximately $3.2 million, and another $3.5 million was spent separately by law enforcement personnel working on the investigation who do not report directly to Mueller.

Trump enjoyed 117 days of a Mueller-free presidency before May 17, 2017, when Deputy Attorney General Rod Rosenstein announced the special counsel's appointment. Rosenstein installed Mueller "to ensure a full and thorough investigation of the Russian government's efforts to interfere in the 2016 presidential election," his order said.

Five months later, in October, Mueller's team announced its first indictments. But the first trial is still two months away, slated for July 10, when Manafort will face federal bank and tax fraud charges in Virginia.