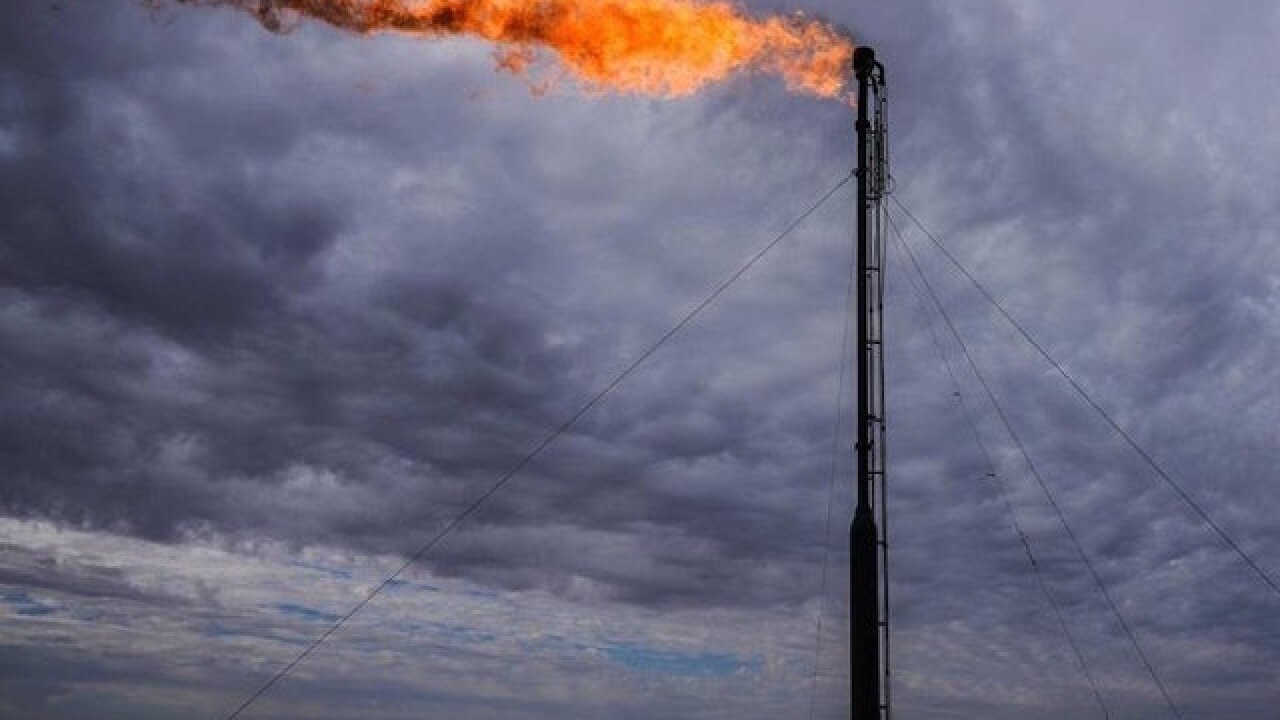 Image copyright 2018 Getty Images. All rights reserved. This material may not be published, broadcast, rewritten, or redistributed.
Benjamin Lowy/Getty Images
<p>The oil crash -- crude is down almost 30% from its recent peak -- was triggered by a series of factors that combined to spook traders who once saw $100 oil on the horizon.</p>

Friday brought another round of dramatic price cuts in the oil patch.

US oil prices plummeted 7% and sank deeper into a bear market that has alarmed investors and made drivers around the world happy.

The latest wave of selling knocked crude below $51 a barrel for the first time since October 2017.

Anxiety about oversupply and diminished demand have sent crude down by a third since it soared to a four-year high above $76 a barrel in early October. Observers have gone from fearing $100 oil to expressing concern over why its price collapsed so quickly.

"The unrelenting six-week selloff has been unnerving to say the least," Michael Haigh, head of commodities research at Societe Generale, wrote to clients on Wednesday.

Oil bulls are hoping OPEC and Russia come to the rescue by announcing steep production cuts at a meeting next month in Vienna. However, President Donald Trump is pressuring Saudi Arabia and OPEC not to reduce output despite the crash in prices. Traders are worried Trump's recent praise for Saudi Arabia signals the Saudis won't back a significant production cut.

For the week, US oil prices are down nearly 10%.

The meltdown was triggered by a series of developments that darkened the energy outlook. Prices soared over the summer as Trump vowed to zero out Iran's oil exports. That led Saudi Arabia, Russia and especially the United States to ramp up production.

However, the Trump administration later took a softer approach on Iran sanctions to keep oil from spiking. Officials granted temporary waivers to China, India and other buyers of Iran's crude. That headfake left the oil market staring at a potential glut.

At the same time, global growth fears emerged in financial markets. Economists are marking down their GDP forecasts for 2019. Germany and Japan, the world's No. 3 and 4 economies, are already in contraction. China is slowing, too. None of that is bullish for oil, which powers the world economy.

"Rising global crude supply coupled with worrying signs of slowing demand have written a recipe for disaster for the oil markets," Otunuga wrote to clients on Friday.

The rapid collapse in oil prices caught many off guard, including hedge funds that made outsized bullish bets on crude earlier this year. Large commodity funds have accumulated losses in excess of $7.7 billion so far this quarter, Societe Generale estimates.

"Sentiment on commodity markets has been despondent," Haigh wrote.

The energy slump came at just the right time for consumers though. Millions of Thanksgiving travelers were greeted by cheaper prices at the pump. The average gallon of gallon fetched $2.58 on Friday, down sharply from $2.84 a month ago, according to AAA.