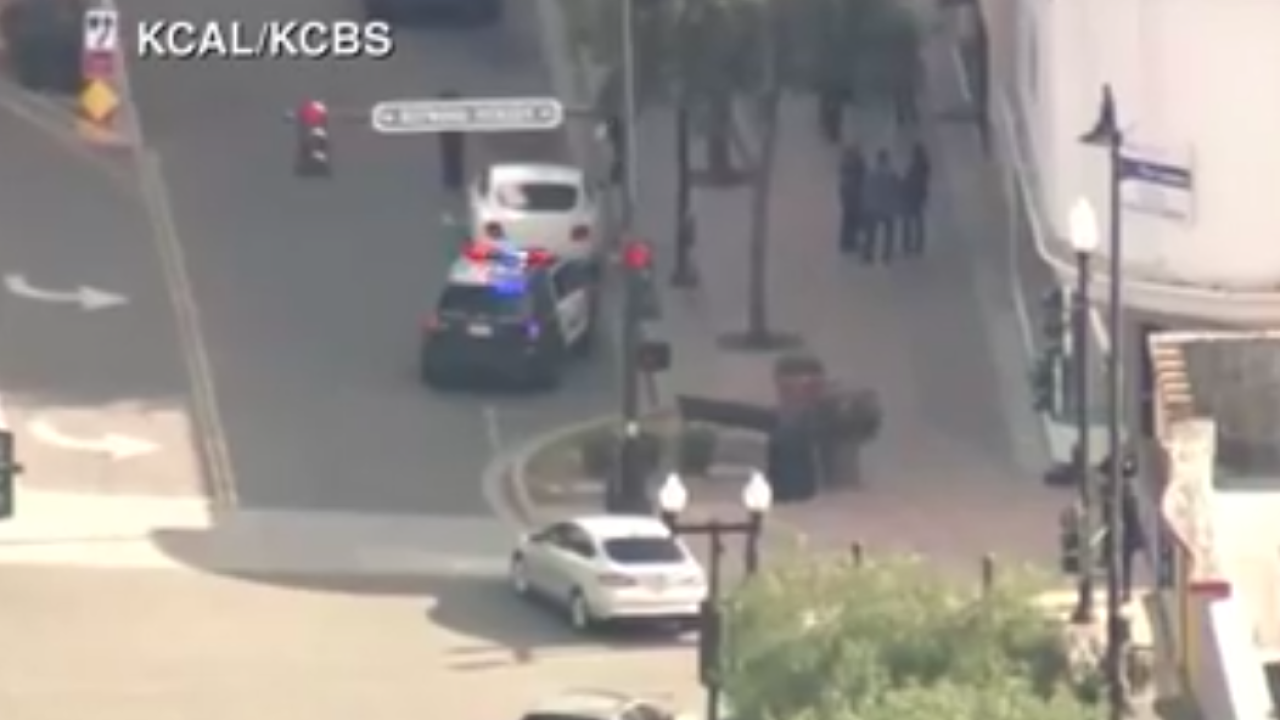 INGLEWOOD (CNS) - A suspect allegedly armed with a sword opened fire on responding officers Wednesday at or near the Church of Scientology in Inglewood, injuring two of them before he was himself wounded by return fire, possibly fatally, police said.

One officer was struck in a hand and the other in an arm in the shooting, which was reported about 3:30 p.m. in the 300 block of South Market Street, according to the Inglewood Police Department.

Both were taken to a hospital for treatment of what are believed to be non-life-threatening injuries, according to the Los Angeles County Fire Department.

The suspect, initially reported by police to have been killed in the exchange of gunfire, was later taken to a hospital, according to a fire department spokesman.

Inglewood police Lt. Neal Cochran, citing initial information from the scene, said the suspect was believed to have been fatally wounded, but subsequent reports indicated he was in grave condition.

The gunfire erupted after two officers responded to a report of a male suspect armed with a sword at or near the Church of Scientology at 315 S. Market St., according to Cochran.

The suspect fired at officers, who returned fire, Cochran said.