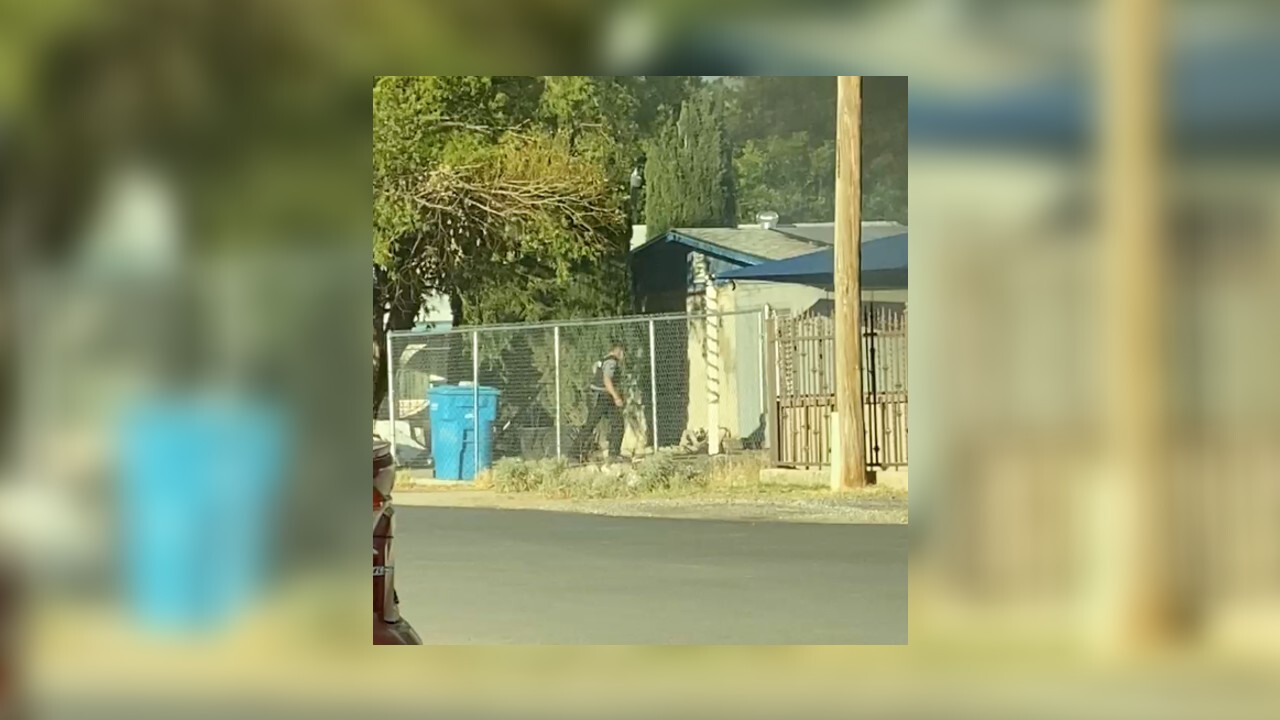 Cristobal Marín
Video still of officer in Texas running into house that was on fire.

A police officer in Socorro, Texas, which is about 20 minutes southeast of El Paso, is being hailed a hero after he ran into a house that was on fire to rescue a family.

According to a press release on the Socorro Police Department's Facebook page, Officer Joshua Gonzalez is the officer who ran inside the home on Monday.

CNN reported that Gonzalez rescued an 8-year-old boy and two adults, one of whom was elderly.

The department said two houses were on the property at the time of the fire.

The department also praised neighbors for helping the local fire department by grabbing hoses to help put out the flames.

"The Socorro Police Department would like to take this opportunity to say thank you to the residents and emphasize that what we saw happen was an example of friends and neighbors helping one another under extreme circumstances," the department said in the press release. "The police department would also like to recognize one of their own, Officer Gonzalez, who undertook a selfless act when he entered one of the houses to remove a family that was still located inside. Officer Gonzalez’s actions are a credit to himself and representative of the caliber of officers who work for the City of Socorro."