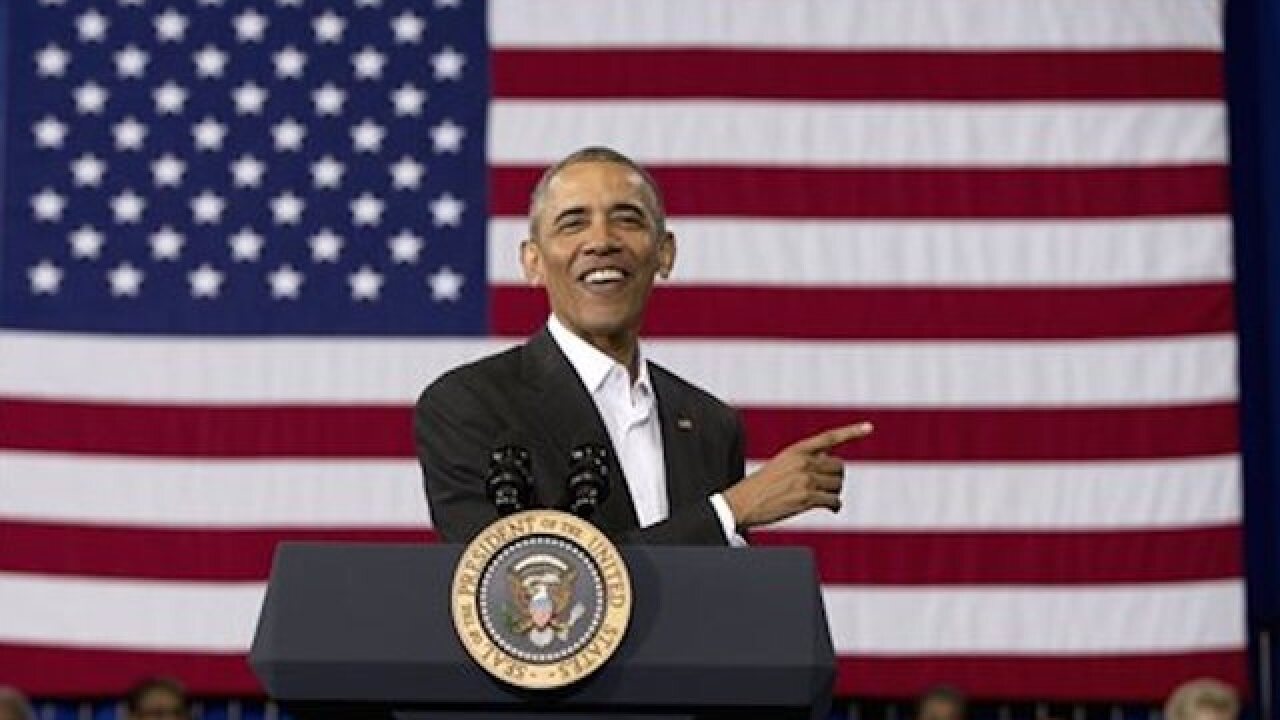 Copyright Associated Press
Carolyn Kaster
<p>President Barack Obama speaks during a town hall at McKinley Senior High School in Baton Rouge, La., Thursday, Jan. 14, 2016. After giving his State of the Union address, the president is traveling to tout progress and goals in his final year in office. (AP Photo/Carolyn Kaster)</p>

Obama's health care law allows states to use federal money to expand Medicaid to provide coverage to more of the working poor. The federal government pays the full cost of expansion through 2016, gradually dropping to 90 percent in 2020 and after.

Obama praised Edwards' move as "the right thing to do." He said it will help the state's finances, by reducing costs, "and it shows you why elections matter. And right now we're hoping to encourage more states to do the right thing."

Edwards' office says about 300,000 Louisianans who currently lack health insurance stand to benefit from the change.

Thirty other states and the District of Columbia have accepted Washington's offer to pay the full cost of expanding Medicaid, but more than a dozen mostly conservative states have not. It's a situation Obama hopes to change before he leaves office next year.

In an attempt to encourage holdout states to follow Edwards' lead, Obama will ask Congress to provide full federal funding for the first three years after states expand their programs. That means any state that expands Medicaid this year — currently the final year for full federal funding — or any year after would get Washington to pay 100 percent of the costs for the first three years.

The White House announced the proposal early Thursday, before Obama held a town hall at high school in a predominantly African-American neighborhood in Baton Rouge. The proposal will be included in the 2017 federal budget proposal Obama is sending to Capitol Hill next month.

But the plan seems unlikely to gain the backing of the Republican-led Congress, which has voted numerous times to repeal the health law. Last week, Obama vetoed the first repeal bill that landed on his desk.

Obama said he was confident that Edwards, who attended the town hall, will continue to do great work. He urged Louisianans to support him.

"Everybody here needs to get behind him, because it's not going to be easy," Obama said. "He's coming in a little like I came in ... got to clean up some stuff." Obama was referring to his experience taking office during the worst economic downturn in generations.

Edwards signed an executive order Tuesday calling for the state Department of Health and Hospitals to make the changes necessary to begin expanding Medicaid. He said he wants the expansion to take effect by July. It was unclear whether the state's majority-Republican Legislature would try to block it.

Jindal, a former 2016 presidential candidate whose term ended this week, refused to expand the program. He argued it was too costly for the state and was an inappropriate increase in government spending.

Obama's town hall was part of his tradition of traveling the country after delivering his State of the Union address. He visited Omaha, Nebraska, on Wednesday, the day after the speech. He answered a range of questions about such topics as education, the environment, his post-presidency plans and whether his wife, Michelle, could be talked into running for president.

Obama answered the first lady question with an emphatic "no."

"There are three things that are certain in life. Death, taxes and Michelle is not running for president. That I can tell you," he said.

After the town hall, Obama planned to field additional questions on Twitter.