No, the Washington Redskins didn't change their nickname 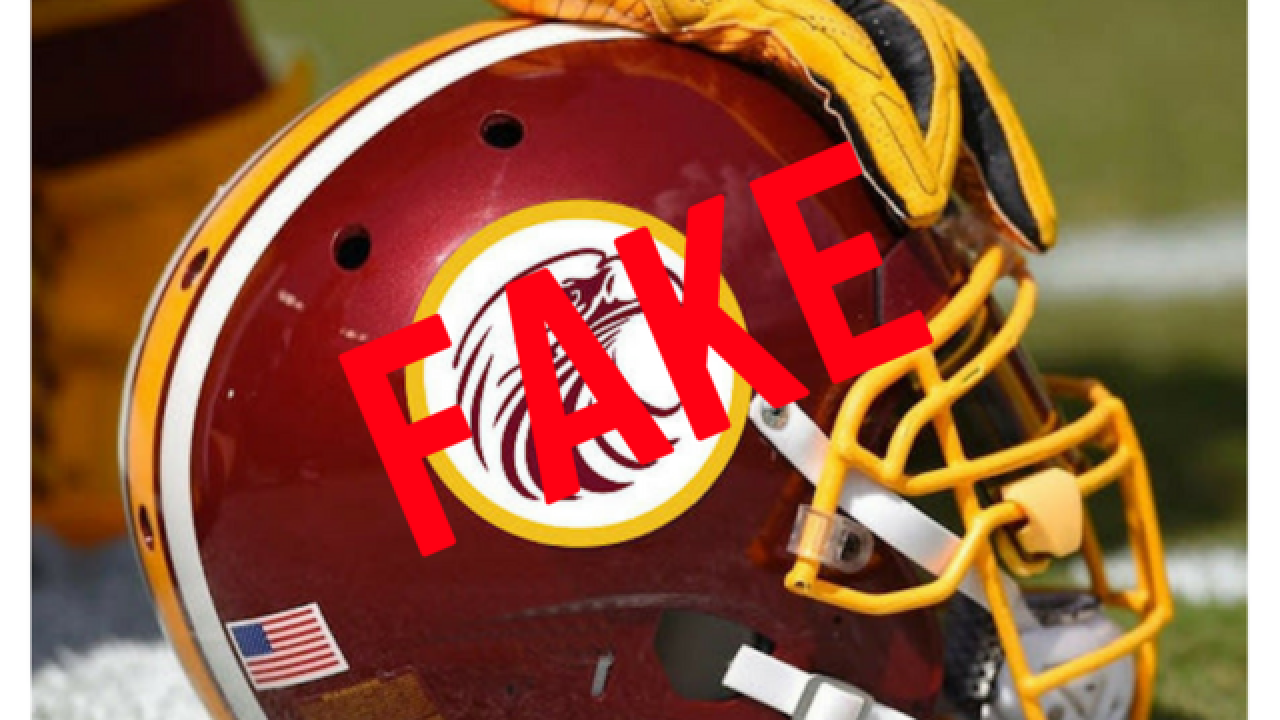 Copyright 2017 Scripps Media, Inc. All rights reserved. This material may not be published, broadcast, rewritten, or redistributed.
<p>No, the Washington Redskins are not changing their name to the Washington Redhawks.</p>

On Wednesday, a number of mainstream news outlets appeared to report that the Washington Redskins football team were changing their controversial nickname to the Washington Redhawks. The stories quoted team owners, coaches and Native American activists and even showed the team's new helmet and logos.

There was just one problem — the stories were completely fabricated.

Shortly after the stories began circulating online, the Washington Redskins released a statement denying the rumors. Sports Illustrated, one of the outlets that "reported" the name change, also warned Twitter users against spreading the fake news stories.

Statement from the Washington #Redskins pic.twitter.com/u3DQJFiFXi

But that didn't stop a number of prominent journalists and activists from sharing the story.

The Washington Redhawks hoax turned out to be one of the most believable fake news stories in recent memory. Not only was the prankster able make it appear as if the story was appearing on multiple webpages like ESPN, Sports Illustrated and the Washington Post, but the "news sites" all looked fairly believable, with legitimate logos, branding and layout designs.

But the pranksters did leave behind clues to indicate the story was fake: The fake sites' URLs didn't quite match up with the real news sites' URLs (washpostsports.com, bleacherreport.news, espnsports.news), and all of the stories were credited to staff writer —  an extremely unusual concession for a news room to make on a story of that magnitude.

Shortly after the hoax went viral, a group claiming to be the Rising Hearts Coalition, an indigenous and women's organization based in Washington, took responsibility for the hoax.