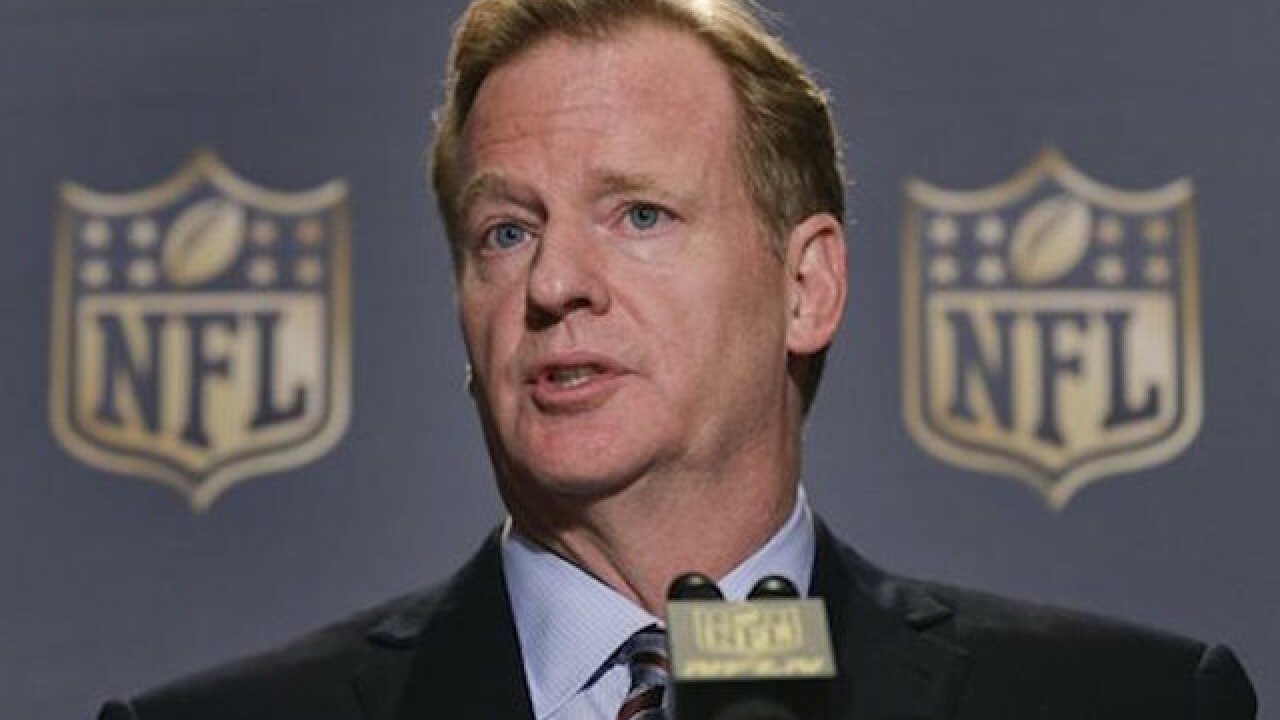 The payments for 2014 — a difficult season for the league and the commissioner that involved high-profile player misconduct cases and a revamping of the NFL conduct policy — included a $26.5 million bonus negotiated the previous year.

Goodell came under heavy criticism in 2014 for his decisions in the Ray Rice case, and other incidents involving Adrian Peterson and Kevin Hardy drew headlines. While the public and the players' union questioned his ability to handle his duties, the 32 team owners have shown nothing but solid support for Goodell, who just finished his 10th season as commissioner.

Indeed, the league's revenues and popularity continue to rise, and the owners obviously compensate Goodell handsomely. He became commissioner in 2006.

By comparison, PGA Commissioner Tim Finchem made $11.2 million in 2014, with a one-time payoff on an incentive plan worth $3.7 million. NHL Commissioner Gary Bettman's most recent public earnings were $9.6 million. NBA Commissioner Adam Silver makes about $10 million.

The NFL's next-highest paid executive was general counsel Jeff Pash at $7.5 million. Eric Grubman, the league's executive vice president of business ventures who has been heavily involved in the relocation process for Los Angeles, earned $3.89 million.

NFL revenues increased by about $1 billion in 2014 with the beginning of the Thursday night package on CBS, a new deal with DirecTV, and reworking of some sponsorship deals. Total revenues for that fiscal year were more than $13 billion.

The league office is no longer classified as a tax-exempt organization. Last year, the NFL decided to change the tax status of the office and to file tax returns as a taxable entity.

The filing released Tuesday is the final one the NFL will be required to make public.