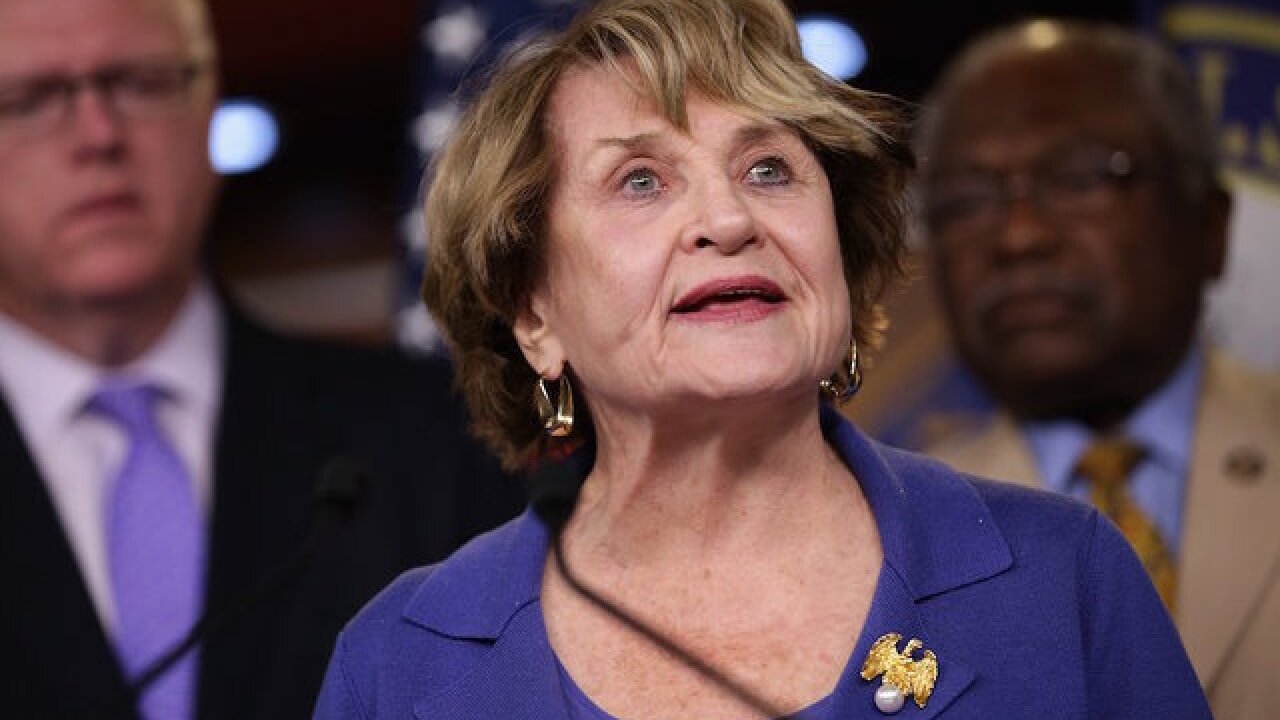 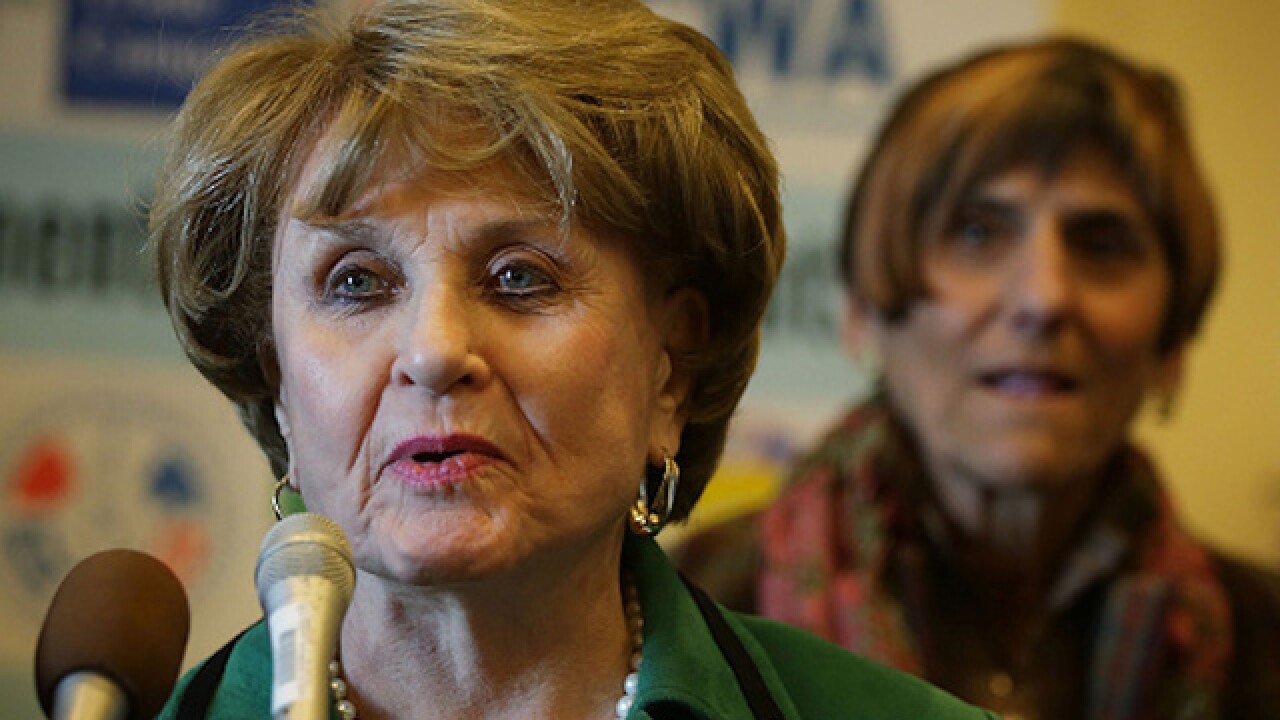 Rep. Louise M. Slaughter, the first female chair of the House Rules Committee and one of the longest-serving Democrats in Congress, died Friday at age 88, her office announced.

The dean of the New York congressional delegation had fallen near her D.C. home last week, suffered an injury, and had been hospitalized at George Washington University Hospital.

A major fixture in Democratic politics, she was serving her 16th term in Congress.

House Democratic Leader Nancy Pelosi said Friday in a statement that she was "heartbroken by the passing of the congresswoman."

"In her lifetime of public service and unwavering commitment to working families, Congresswoman Slaughter embodied the very best of the American spirit and ideals. With her passing, the Congressional community has lost a beloved leader and a cherished friend," Pelosi said. "Louise was a trailblazer. ... Her strong example inspired countless young women to know their power, and seek their rightful place at the head of the decision-making table."

Slaughter, a microbiologist, won a seat in Congress in 1986 and was known for securing infrastructure money for her district as well as fighting for the troops. Slaughter spent years trying to set safety standards for military body armor after a report revealed that many casualties in the Iraq War had been born of the fact that the protective armor troops were wearing was inadequate.

Slaughter was born in Kentucky, and although she relocated with her family to upstate New York, she never lost her trademark southern twang. As the top Democrat on the committee that set terms of House floor debate, she often sparred with her GOP colleagues about policy, often late into the night. But Republicans on the panel respected her and regarded her as a fierce protector of her party's agenda.

"Louise was a fearless leader, deeply committed to her constituents, and a dear friend," Republican Pete Sessions, the Rules Committee chairman, said in a statement "I have had the immense privilege of working side by side with her for the past 20 years. I will always cherish our friendship, comradery, and of course, her rhubarb pie. Although we sat on different sides of the aisle, I have always considered her a partner and have the utmost respect for her."

"To have met Louise Slaughter is to have known a force of nature," he said. "She was a relentless advocate for Western New York whose visionary leadership brought infrastructure upgrades, technology and research investments, and two federal manufacturing institutes to Rochester that will transform the local economy for generations to come."

He added, "As the first chairwoman of the House Rules Committee, Louise blazed a path that many women continue to follow. It is difficult to find a segment of society that Louise didn't help shape over the course of more than 30 years in Congress, from health care to genetic nondiscrimination to historic ethics reforms."

In recent years, Slaughter had some health issues, and missed some votes and meetings, but after one absence around the efforts to repeal the Affordable Care Act last year, the senior Democrat returned for the vote, which was expected to be very close, telling CNN, "I wasn't going to miss this one." She noted she was proud to be a part of passing the Democrats' signature health care law in 2009.

She was genuinely curious and often stopped Capitol Hill reporters in the hallway to check on what stories they were working on, and offer her own two cents.

According to her office, "in 2009, she secured the recall and replacement of 16,000 pieces of unsafe body armor from the front lines. Her effort led to improved armor testing protocols and ended the practice of outsourcing testing to private companies."

She also was the author of other pieces of landmark pieces of legislation in Congress, including one that barred members of Congress from insider trading, and was the co-author of the Violence Against Women Act.