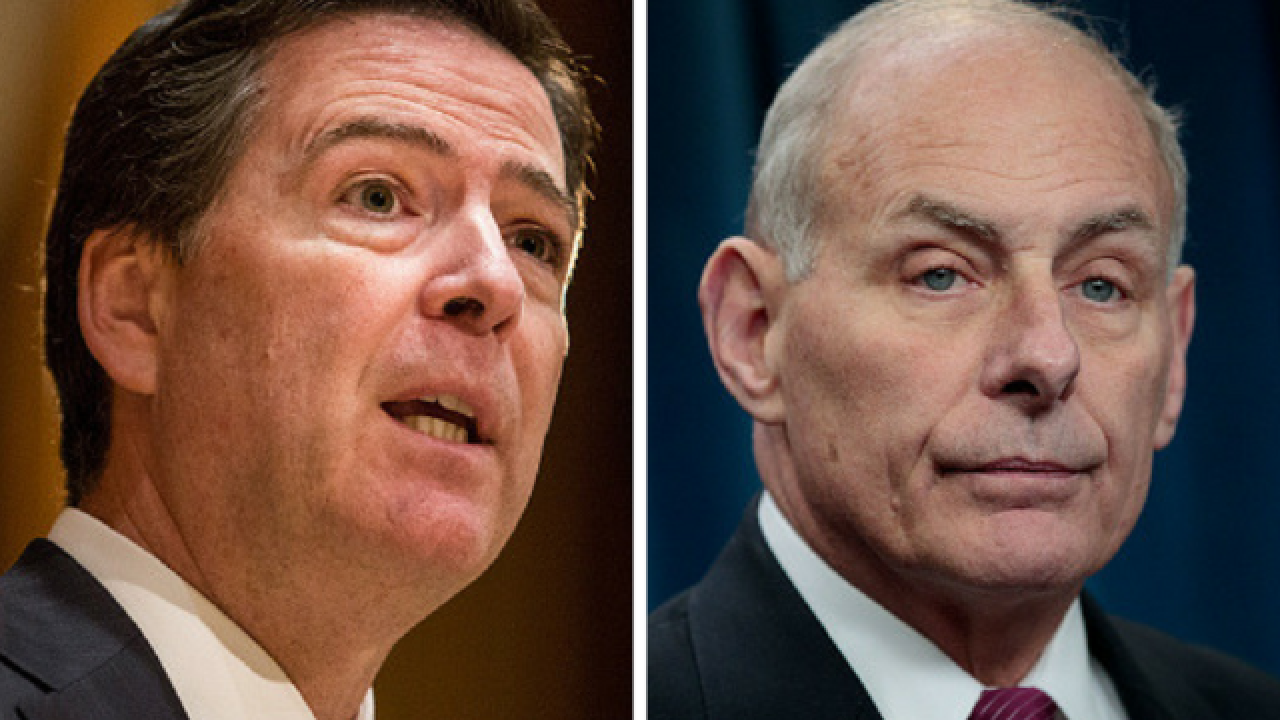 Image copyright 2017 Getty Images. All rights reserved. This material may not be published, broadcast, rewritten, or redistributed.

New White House chief of staff John Kelly was so upset with how President Donald Trump handled the firing of FBI Director James Comey that Kelly called Comey afterward and said he was considering resigning, according to two sources familiar with a conversation between Kelly and Comey.

Both sources cautioned that it was unclear how serious Kelly, then the secretary of homeland security, was about resigning himself.

"John was angry and hurt by what he saw and the way (Comey) was treated," one of the sources said.

Comey learned of his dismissal on May 9 from televisions tuned to the news as he was addressing the workforce at the FBI office in Los Angeles, law enforcement sources said at the time. Comey made a joke about it to lighten the mood and called his office to get confirmation.

Comey, who took Kelly's call while traveling back from Los Angeles to Washington, responded to Kelly by telling him not to resign, one of the sources said.

The sources said Comey and Kelly are not close friends but that they had a professional relationship and a deep mutual respect for each other.

Comey declined to comment for this story. The White House and the Department of Homeland Security have not responded to requests for comment.

Trump announced Friday that Kelly would replace Reince Priebus as chief of staff, the latest in a series of staff moves aiming to reset the White House's communications and agenda efforts.

A permanent replacement for Comey as FBI director is expected soon when the full Senate votes on the nomination of Christopher Wray, who cleared the judiciary committee with unanimous support.