Names of those killed in Las Vegas mass shooting 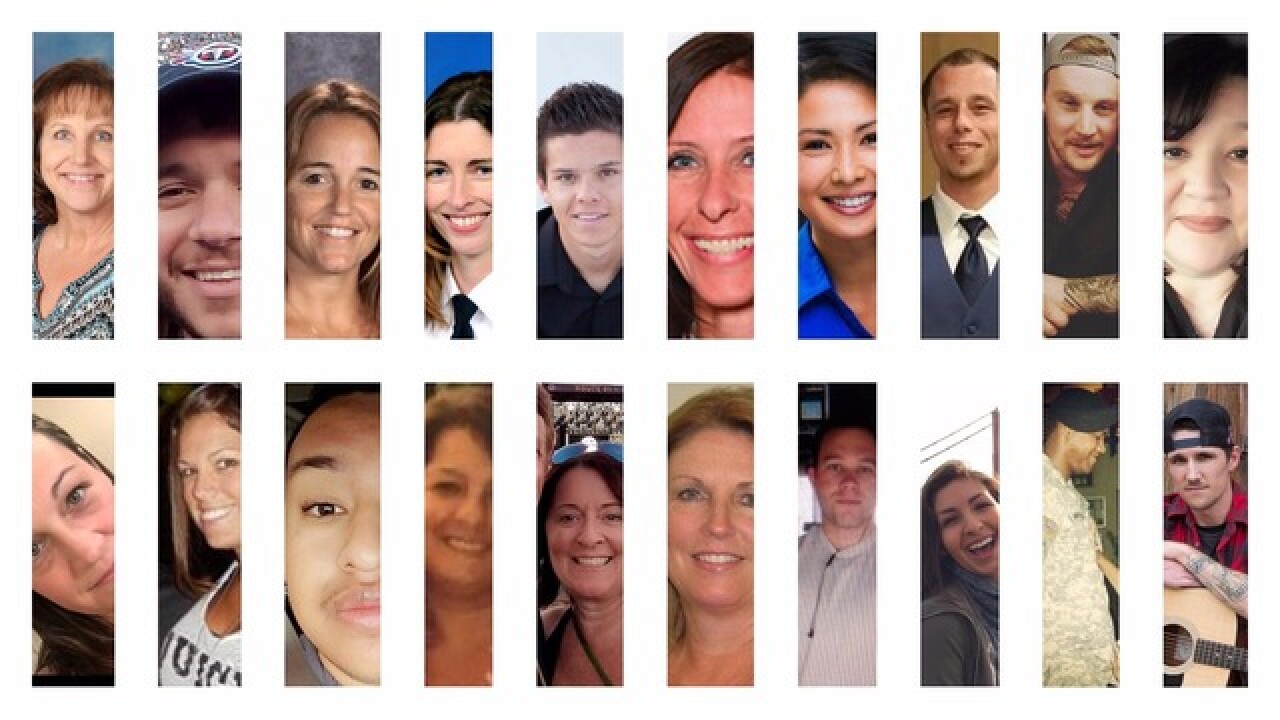 While Las Vegas authorities have yet to confirm the victims' identities following Sunday's horrific shooting in Las Vegas, reports of their deaths began to surface late Monday through friends, families, and coworkers.

Out of 21 victims who have been identified, residents of eight states and two Canadian provinces were among those killed.

At least 59 people have died and more than 500 were injured following the Sunday night shooting. Police have yet to identify those who died.