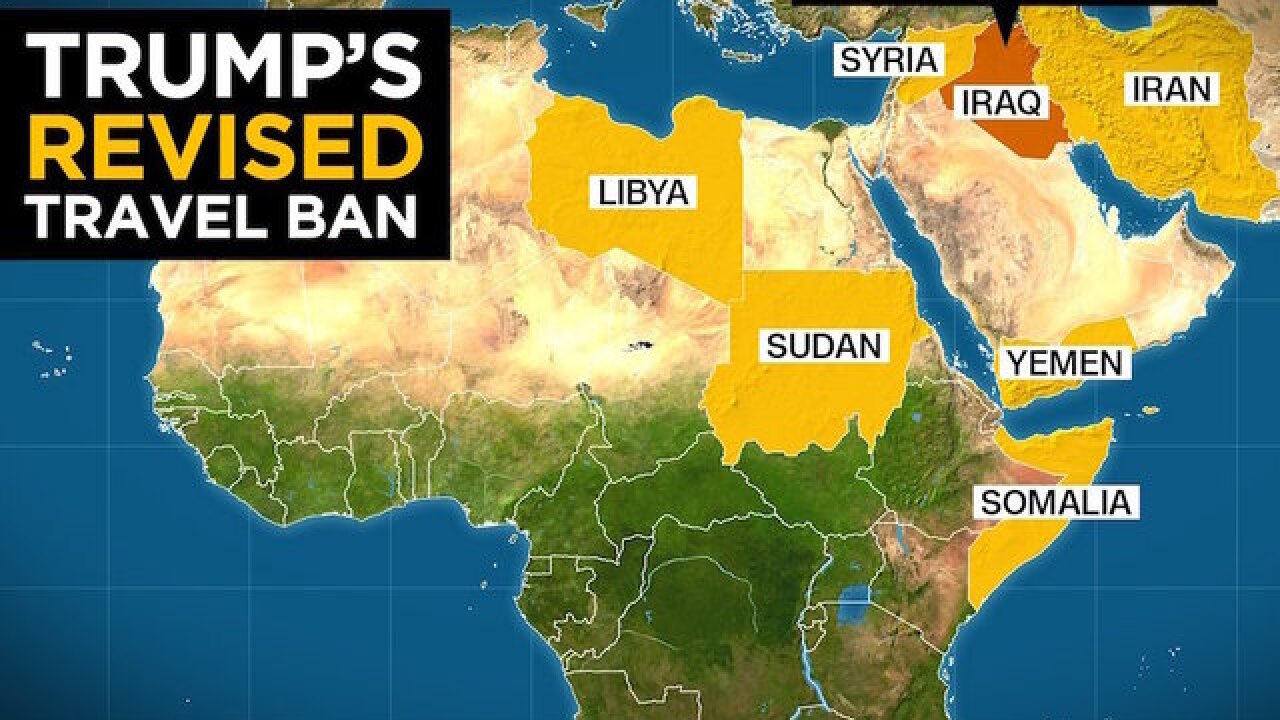 And Rep. Keith Ellison, a Minnesota Democrat and the first Muslim elected to Congress a decade ago, tweeted: "On Campaign, @realDonaldTrump called for 'total and complete shutdown of Muslims entering the United States.' Now, says 'what Muslim Ban?'"

Trump signed a new ban late Monday morning that excludes Iraq from the list of targeted countries and also dropped troublesome language from the first ban that promised to promote Christian refugees, but fed into the successful legal argument that Trump had targeted Muslims. The new ban bans immigration from six Muslim-majority countries: Iran, Somalia, Syria, Yemen, Libya and Sudan.

Administration officials said Monday that they do not see the ban as targeting a specific religion.

"(The order is) not any way targeted as a Muslim ban. ... [W]e want to make sure everyone understands that," an official told reporters.