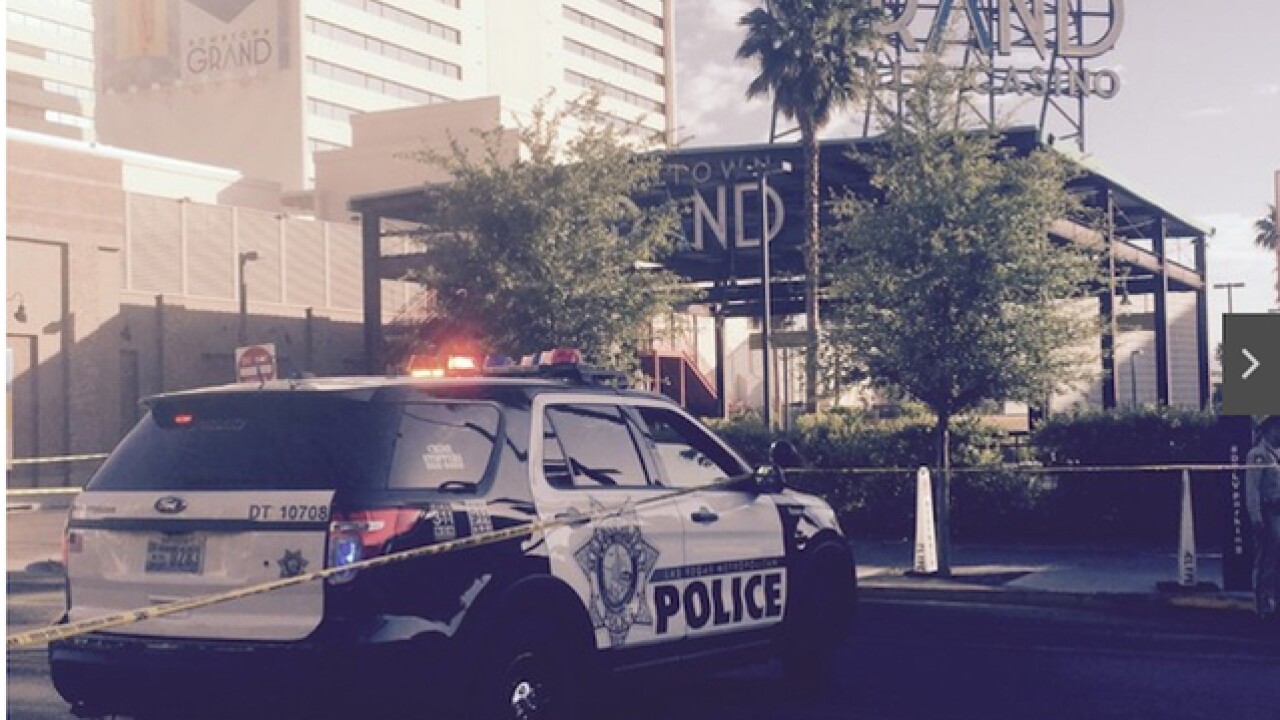 Police say that four people were been shot in downtown Las Vegas.

The shooting was reported at approximately 6:19 a.m. PST Sunday. Police say it happened in the area of Third Street and Las Vegas Boulevard North, near the Downtown Grand.

Reports say that a group of males were arguing with each other. One of the males retrieved a firearm out a nearby vehicle and open fired on the group.

The suspect fled the scene in what appeared to be a white, four-door Lexus with a sunroof.

The victims were transported to UMC Trauma. At least one male is in critical condition.

No suspects have been arrested.