Hear a mother's heartbreaking story about losing her son to addiction 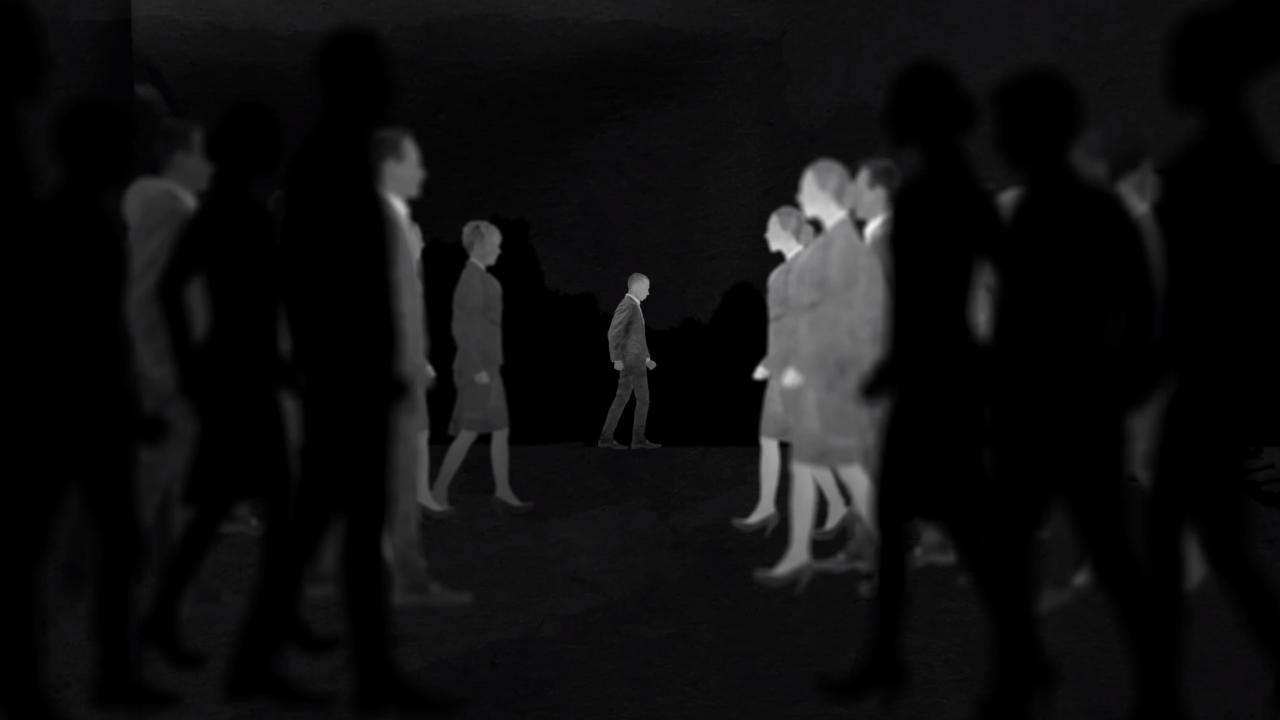 In a heartbreaking letter, a mother described losing her 29-year-old son to opioid addiction and explained what she would say if she could speak with him again:

My son, Bob, was a drug addict. He died of a drug overdose January 29, 2014 at the age of 29. He spent the last 9-10 years of his life battling drug addiction, in and out of jail for drug related issues, and living on the street in between trying to get the monkey off his back. Bob comes from a middle-class family. He has two sisters, two brothers, and eight nieces and nephews. I am a retired teacher and his dad is a general contractor who owns his own business. It’s hard to believe that this charming, articulate, smart, people magnet could find his way down into the miserable life of drug addiction.

Bob was the cutest little boy. He had white blonde hair and the biggest grin. He was the most easy-going kid to raise. And boy could he talk! There was no such thing as a stranger to Bob. He would go up and start a conversation with anyone. People would be amazed that this little guy would carry on an interesting conversation with them. He went to great schools in a great school district and had wonderful friends. In high school, Bob and his friends went to parties and drank alcohol and smoked marijuana (as he told us later). But he didn’t get in any trouble and graduated from Clovis High School.

It was after high school that the real trouble began. Bob moved in with some friends and somehow, found out about Oxycontin. A friend gave them some that he stole from his mom or grandmother who had cancer. They continued to buy them from him and probably other people. It got to a point where they started committing crimes to get money to buy the drugs. They robbed a pizza delivery person and broke into someone’s house to get the drug. This ended with Bob and some of his friends landing in jail. It all happened so fast we were shocked. At the time, no one knew much about Oxycontin. I talked to a police officer and he said this was something new to hit the streets and they didn’t know that much about it. At about this time, Rush Limbaugh was in the news with his problems with addiction to this drug. Bob and many of his friends from Clovis High and Buchanan High were caught in this first wave as the addiction to Oxy was a gateway to the harder drugs.

Bob did his time in jail and entered a rehab program. He was there a year and did good in the program but eventually went back to drugs. He spent the next 9 years sliding down to a point where he was living on the streets just trying to do whatever he could to get drugs. It was heartbreaking for his family. We all tried to help him. He went back to rehab but walked out. He detoxed several times at home (what a horrible thing that is to experience) but each time he went back to drugs. His great big world got smaller and smaller until it was just drugs.

At one point in this I just could not take anymore. I was driving to school and I just broke down and cried. I told God – I can’t carry this burden any longer. I felt a physical release as God took that weight off my shoulders. I felt him say, “I will carry this for you. I will help you every step of the way.” I didn’t get the sense that God was going to fix Bob. But that He would walk this road with me. This is how I was able to get through Bob’s journey. It is so hard when your child is struggling with addiction. It’s not something you talk to people about openly. You see people in the grocery store and talk about your family. Johnny is doing great in college; Suzy was just crowned Homecoming queen. What’s Bob doing? I’d make things up because I knew Bob did not want people to know, I was too tired to keep telling the story over and over, and I hated the pity I would see in their eyes if I did tell it.

We miss him. His nieces and nephew miss him. We couldn’t figure out how to save him. We tried to do all the things you hear about – use tough love, make them hit rock bottom. But to be honest, its all bullshit. We took a tough stance with Bob and followed the rehab’s advice. Bob’s best friend’s parents did not go that route. They kept their son home and continued to enable him and try and keep him going. His friend died of an overdose a year and a half after Bob. His mom feels guilty for not following the advice to use tough love. I feel guilty for not keeping Bob home and with us. We both took different approaches and both of our beautiful boys are dead.

So how did we get through this? We aren’t “through” this and never will be. While Bob’s pain is over, our pain continues. Our guilt continues. How is it possible that with all of Bob’s support – the people who loved him so much – we couldn’t help him? Mother’s are supposed to take care of their children. I failed. A few days after Bob died, I sat at my computer and wrote a long letter about Bob and his story. So many people knew Bob and I knew it would be like death by razor blades to have to talk about Bob. I figured if I gave them a copy of the letter and sent it out to my friends and co-workers, I wouldn’t need to explain in person what happened. I didn’t realize the effect this letter would have on people. I heard back from so many people who had been through or were going through a similar situation. It was an eye opener for many people. I was contacted by rehab programs asking permission to use the letter. I hope it helps someone.

I think Bob’s experience taught us that addiction can happen to anyone. Addicts are from all walks of life and all socioeconomic levels. Yes, they make their own choices. We all make mistakes. I have the greatest respect for people who have overcome addiction or are in the process. They are super heroes because the pull of drugs is so very strong. The effect it has on the brain is so difficult, almost impossible, to overcome. I am angry at the creators of Oxycontin. They have destroyed so many lives. They knew what they were doing and they knew what was happening with their drugs.

If I could talk to Bob, I would tell him how sorry we are that we could not help him. I would tell him how much he is loved and missed by his family. And I would tell him about his candy tree. Bob loved candy. Everyone always told him he would regret it when he was older if he kept eating so much candy. He had the last laugh. He never had to regret eating candy. Bob’s Grandpa made a candy tree in honor of Bob. It has baskets of all Bob’s favorite candy hanging on it and a picture of Bob on top. When Bob’s nieces, nephews, friends, and relatives come to visit, they all eat candy from Bob’s candy tree. This would make Bob happy.