More transgender, gender non-conforming people have been killed this year

More transgender and gender-nonconforming people have been killed this year than any other year prior since data has been tracked.

According to the Human Rights Campaign, which has been tracking the deaths since 2013, at least 33 trans or gender non-conforming people have been killed in the United States in 2020. 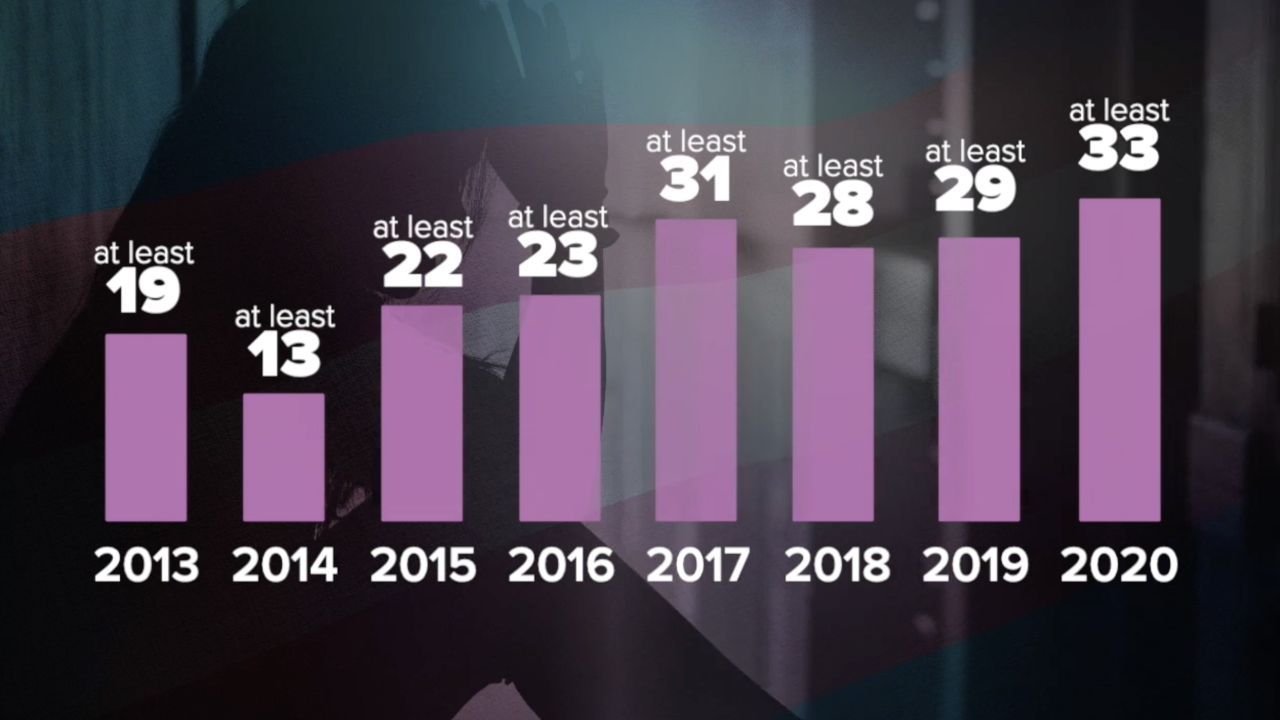 “There’s a loud minority of folks who feel it is their place to punish people who have different beliefs than they do,” said Tori Cooper, a transgender woman herself who works with the HRC. “It is difficult to sometimes articulate how each death feels, like a little part of your spirit is being taken away.”

Cooper says as LGBTQ issues get more exposure, more risk is taken on by the community. She also says each year the reporting gets more accurate, which could be why the trend has gone the way it has.

“There [are] so many things that you find in common; so many commonalities with these people who have been murdered that it feels each time a little closer to home,” said Cooper.

For Cooper, that feeling was never more pronounced than after 33-year old Felycya Harris, another trans woman, was killed on October 8 by a man she was in a romantic relationship with. Both live in Georgia, and both can identify with the fact that most of these deaths have come at the hands of those closest to the victim.

“When someone says something under their breath you have to think to yourself is this person going to kill me,” said Cooper. “That may sound, to folks outside the community, hyperbolic, but the truth is it isn’t.”

Cooper says the way forward is in education, empathy, and working through any discomfort about transgender issues that may be different than our own.

“If folks who in our same social circles are killing us, then if we can’t trust people who we know then who is it that we can trust,” said Cooper.

She says only then can we work towards reversing a trend that has Cooper and others apprehensive about something inherent to all of us: connection.

“Provide folks with the love, support, and encouragement that we, as trans people, need because that provides a modicum of safety,” she said.