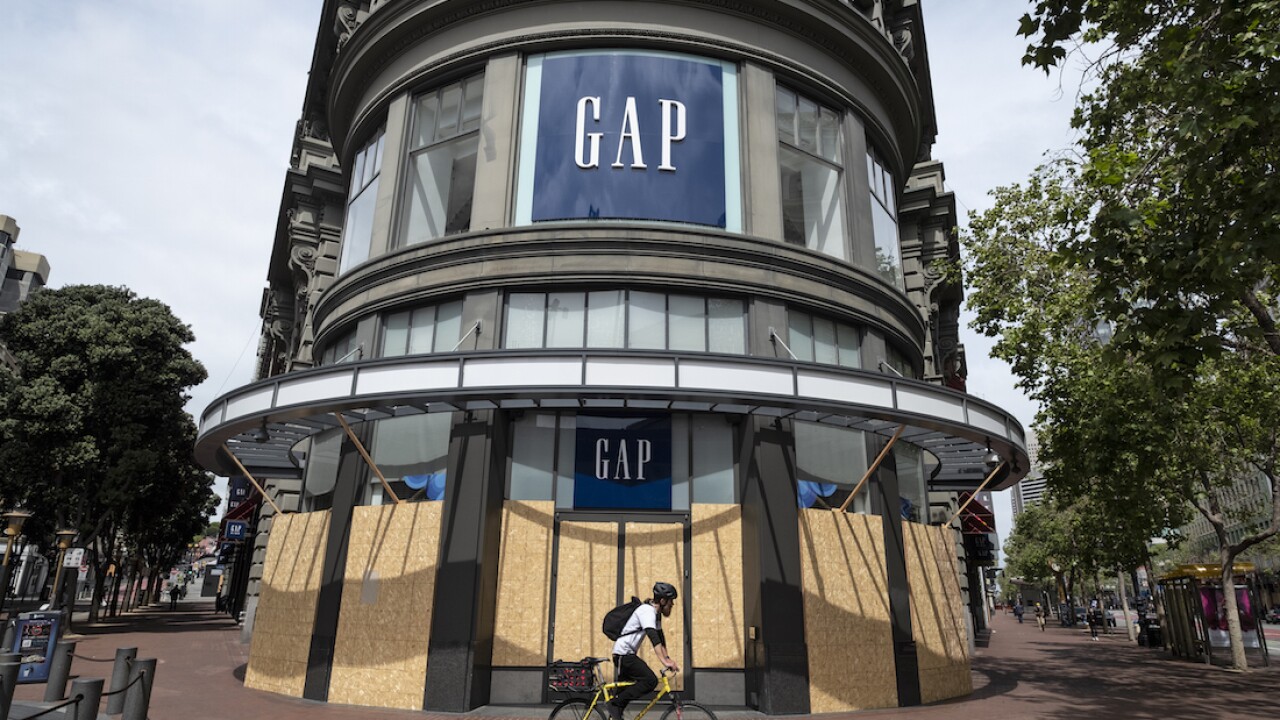 Copyright 2020 The Associated Press. All rights reserved
Eric Risberg/AP
In this photo taken Friday, April 17, 2020, a man rides his bicycle past the boarded up and closed Gap store near Union Square in San Francisco. (AP Photo/Eric Risberg)

The parent company for Gap and Banana Republic announced Friday that they would close more than 225 stores globally to "further advance its long-term strategic priority of a smaller healthier fleet."

The closures are expected to occur this year with more stores closing in 2021, Gap Inc. said in its earnings report.

According to the New York Post, many of the stores closing are located in malls.

Due to them temporarily closing their stores due to COVID-19, the company stated that they began the quarter with an 18% decline in net sales.