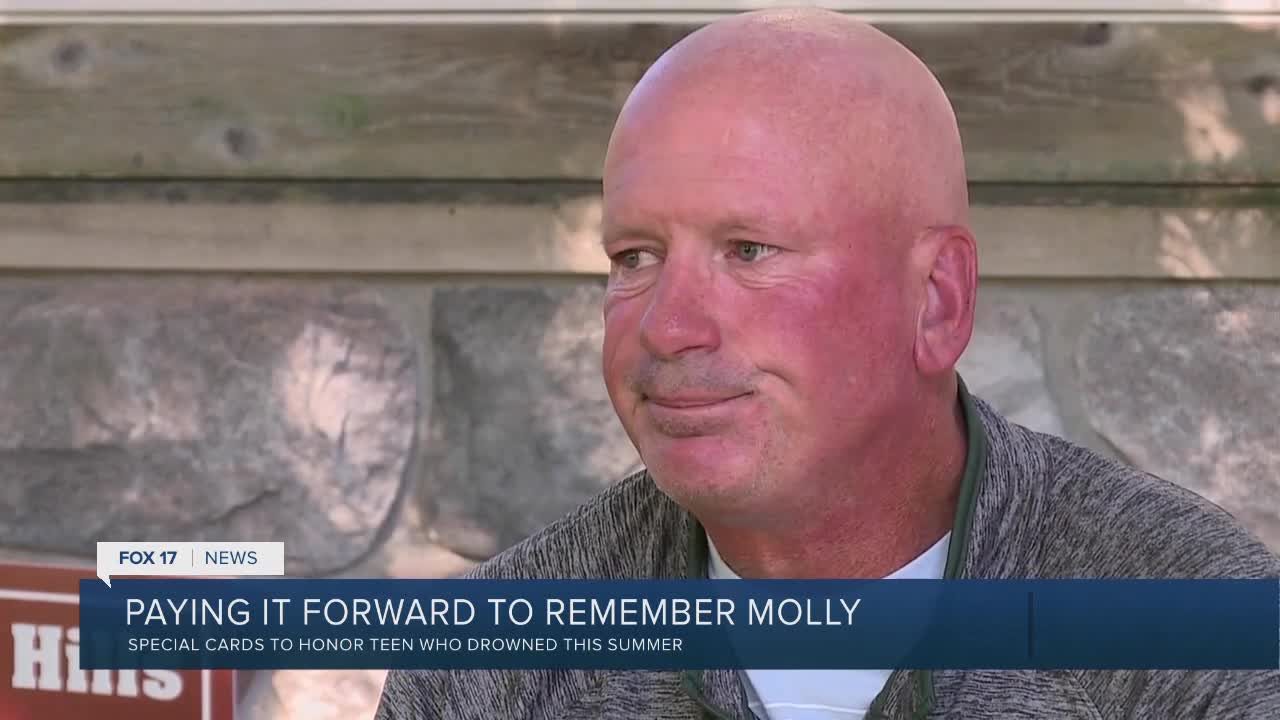 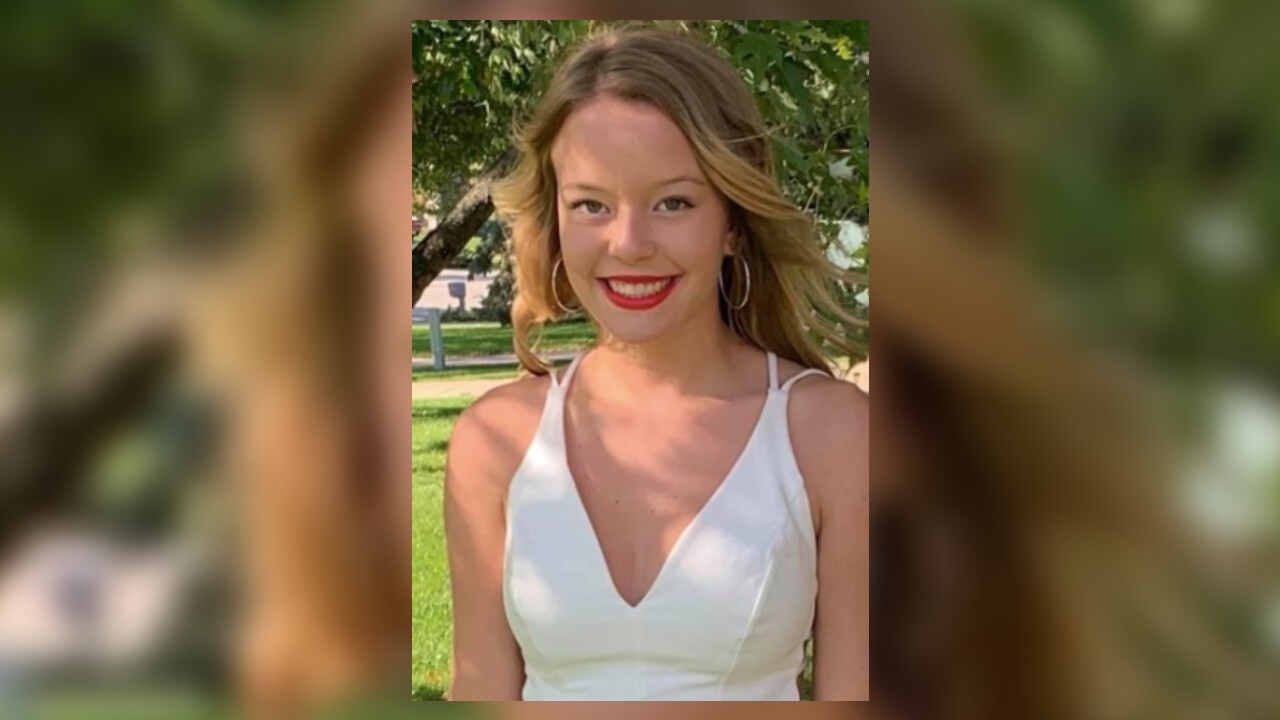 A wallet-sized card with a picture of a young girl in West Michigan on the front may not mean much, but once flipped over the card’s intent is revealed.

It asks people to pay it forward.

“When we see the cards, we’re sad, but we’re happy because people look at the card and see our daughter,” said Cindi Rasmussen.

Cindi and her husband, Mark, are the parents of the girl on the card.

Her name is Molly.

The parents describe the 16-year-old Forest Hills East student as fun-loving, social, and always on the go.

But this past June, everything stopped for the family.

Molly died while swimming with a friend at Lake Bella Vista in Cannon Township. According to her parents, Molly was an epileptic and had a seizure in the water.

“There’s not a day or a second that I don’t think about her,” said Mark.

However, in the midst of their grief came Molly’s Cards, which encourage people to perform a small task, like opening a door or paying for coffee, in honor of the Grand Rapids native.

Cindi says one of her former co-workers created Molly's Cards after Cindi asked people to pay it forward in lieu of sending more flowers to their family.

The family estimates more than 1,000 Molly’s Cards have been distributed already. Participants are also encouraged to use the tag #FlyHighRaz showcasing online some of the things people do.

“We saw a lady on social media that said she burst into tears because she had a horrible day and someone in front of her bought their meal with a Molly card,” said Cindi. “That’s where it’s really like, Wow.”

With or without the cards, the family says anyone can take part, that no gesture is too big or too small.

“Especially with everything that’s going on in this world, it’s really kind of connecting people,” said Mark. “It makes you just do something nice for somebody.”

“ I love that that’s her legacy,” said Cindi.

This story was first reported by Marisa Oberle at WXMI in Grand Rapids, Michigan.