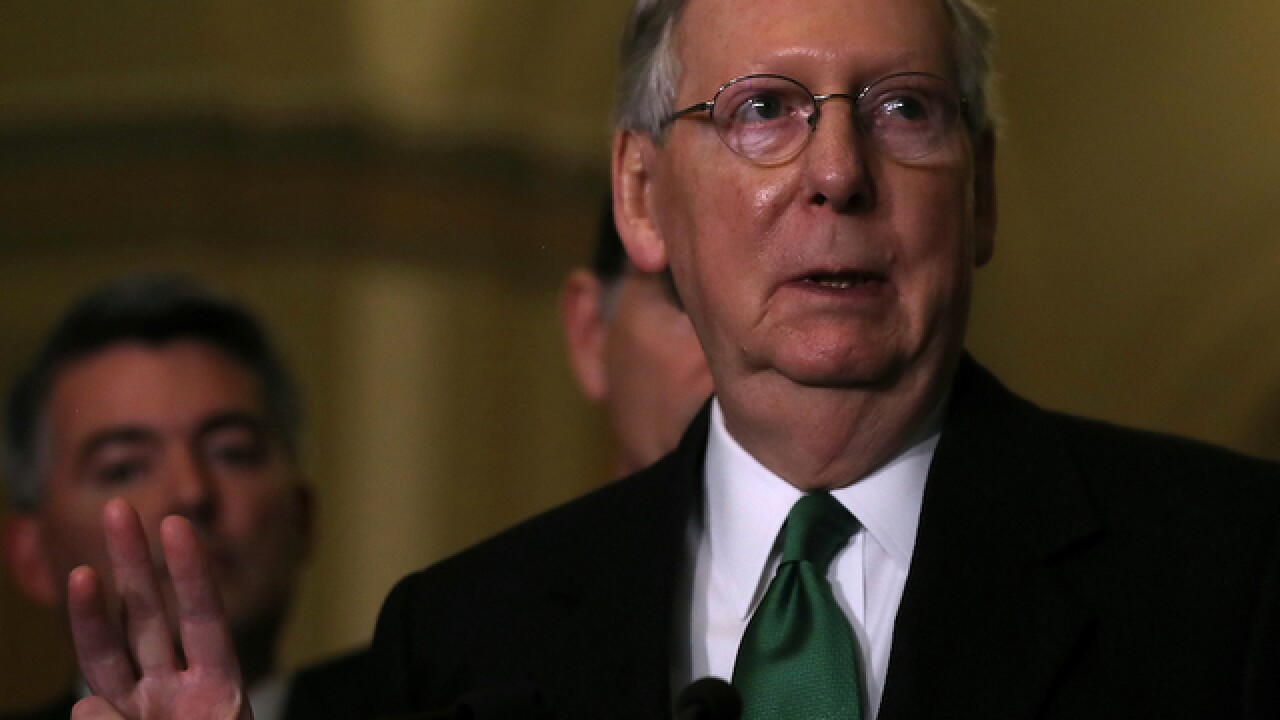 Senate Majority Leader Mitch McConnell has delayed the start of the August Senate recess until the third week in August in order to allow more time for his conference to complete "its work on health care reform" among other tasks.

"In order to provide more time to complete action on important legislative items and process nominees that have been stalled by a lack of cooperation from our friends across the aisle, the Senate will delay the start of the August recess until the third week of August," McConnell announced in a statement.

While Republicans are still working through their plan to overhaul Obamacare, McConnell says there is plenty more work to do after that.

"Once the Senate completes its work on health care reform, we will turn to other important issues including the National Defense Authorization Act and the backlog of critical nominations that have been mindlessly stalled by Democrats," McConnell said.