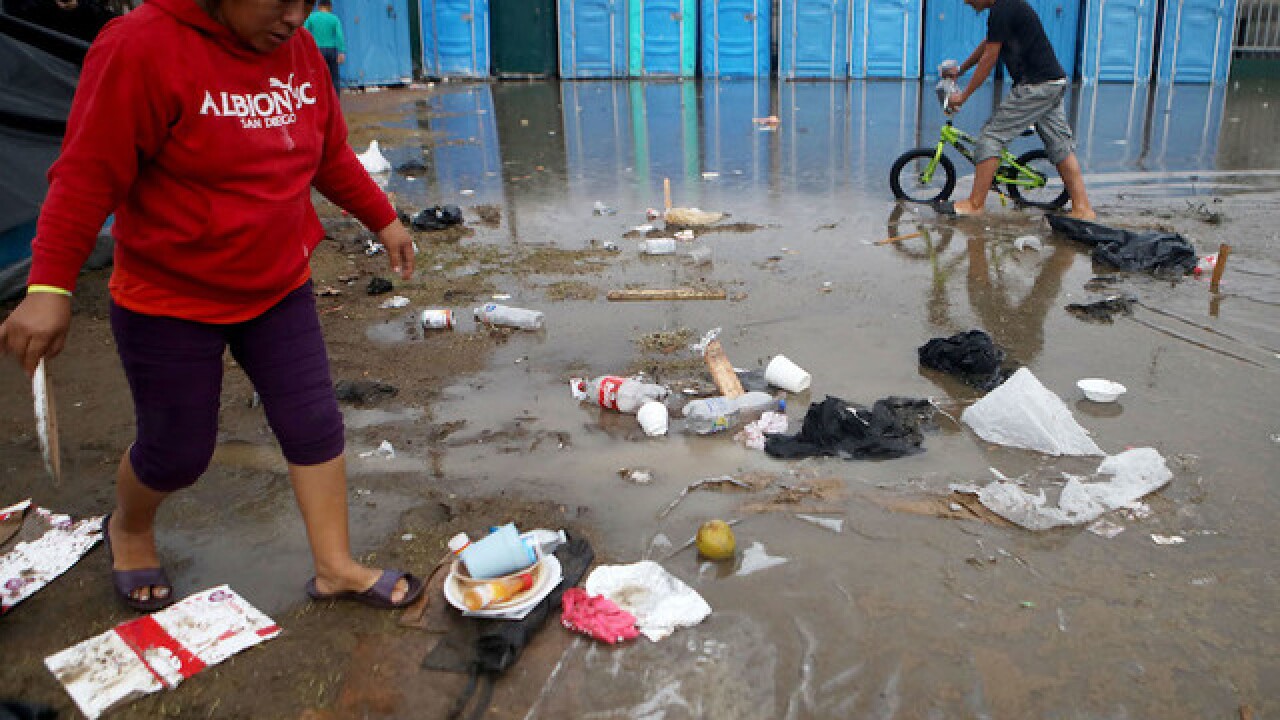 Image copyright 2018 Getty Images. All rights reserved. This material may not be published, broadcast, rewritten, or redistributed.
Mario Tama
<p>Migrants walk through a flooded area near portable toilets at a temporary shelter set up for members of the 'migrant caravan' on November 29, 2018 in Tijuana, Mexico. </p>

A large sports complex that was being used to shelter more than 5,000 migrants in Tijuana has been closed "due to health issues," according to Mexican officials.

Pictures posted to the Facebook page of the Tijuana mayor's office showed officials with face masks cordoning off the entrance of the Benito Juarez Sports Complex on Friday.

The complex, which had become Tijuana's main facility for sheltering migrants trying to reach the US border, was closed "due to the poor sanitary conditions," a statement from the office of Tijuana's mayor, Juan Manuel Gastélum read.

Since Thursday, Mexican officials have been transferring migrants from the complex to a new shelter that is further away from the border in the eastern part of the city in an area known as El Barretal.

A Human Rights Watch researcher said "better" accommodations at the new shelter included a "roof and a dry floor."

"Much better installations at the new shelter in #Tijuana. Migrants will have a roof and a dry floor to sleep tonight. But 45 minutes away by car from the border," researcher Jonathan Pedneault tweeted late Thursday along with two stills of an empty facility.

He followed that by saying "Less funny [sic] for the single men in the new #Tijuana shelter however - no lights," along with another photo of men gathered in a covered space lit with what appeared to be only flashlights or portable lights placed on the floor.

Thousands of migrants have arrived in Tijuana in recent weeks. Many are traveling as part of so-called caravans, large groups that trekked from Central America, largely on foot.

Tensions flared last Sunday when a group of migrants rushed the border and US authorities fired tear gas. Since then, the situation has calmed.

But Tijuana's mayor says his city is still facing a humanitarian crisis as migrants camp out awaiting the chance to make an asylum claim in the United States.

Human rights groups have accused US authorities of creating a crisis by limiting processing at ports of entry.

US officials say limited resources and capacity mean they can only process a fraction of cases on the waiting list daily.