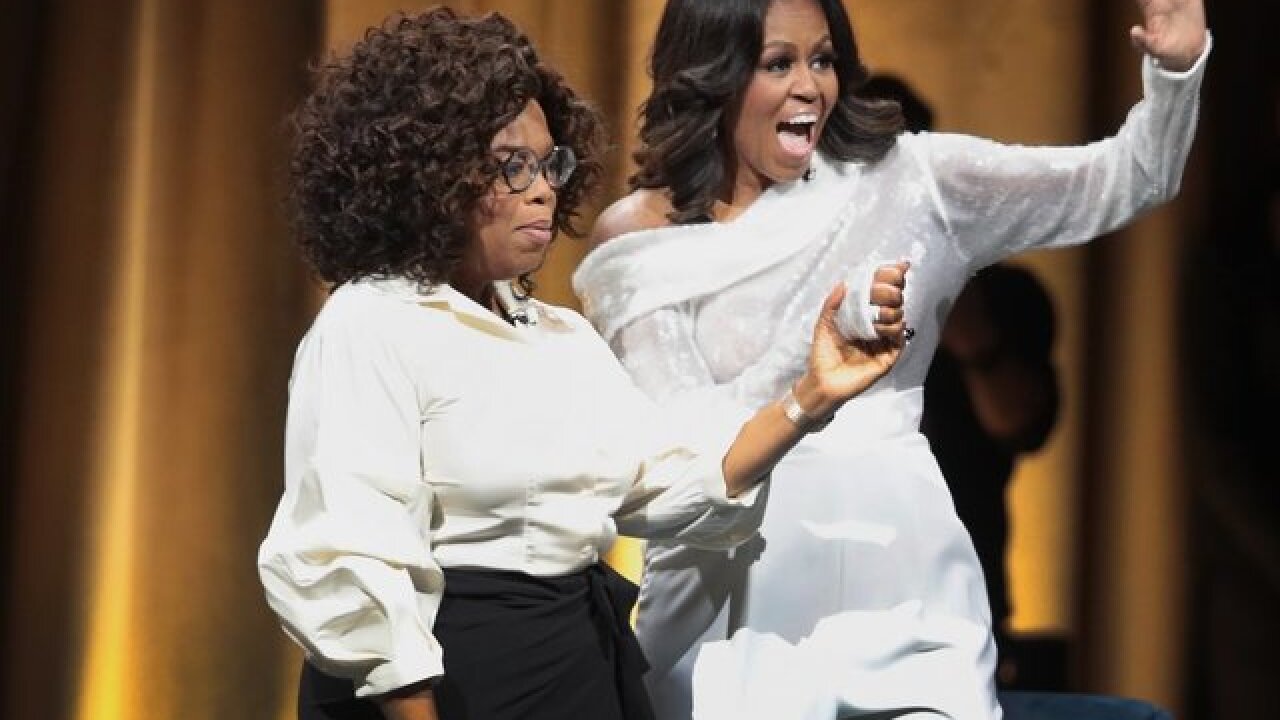 Michelle Obama's new book "Becoming" has sold more than 1.4 million copies in all formats during the first seven days since it hit shelves on November 13.

The former first lady's memoir about her Chicago roots and her time in the White House is also popular overseas, where it's a bestseller in Europe and Scandinavia and the No. 1 adult nonfiction title in the U.K., according to publisher Penguin Random House, which announced the milestone on Wednesday.

After five printings of the hardcover edition, there will be 3 million copies in print in the Canada and the U.S., the publisher said.

This feat follows another milestone earlier in the week, when Barnes & Noble announced that "Becoming" gave the bookseller "the biggest first-week sales of any book this year."

Until November, that title belonged to Bob Woodward's Trump administration dissection, "Fear," which came out in September. But "Becoming" had even stronger sales in its first week, the bookseller said.

Beyond just this year, B&N said "Becoming" had "the best first-week sales of an adult book since 'Go Set a Watchman' published in July, 2015."

It has been nearly two years since the Obamas left the White House, but there is still intense interest in the former president and first lady.

"Becoming" remains No. 1 on the online lists kept by both the Amazon and Barnes & Noble websites.

Her book landed in Amazon's No. 1 spot on Friday, November 9, and has not budged since.

The interviews will continue later this month. On Friday, November 30, she will be on "The Late Show with Stephen Colbert."

"Becoming" is almost certain to rank No. 1 on the New York Times best selling books list, which comes out later on Wednesday.

All the interest in the title — plus her nationwide arena tour — has stoked new speculation about her political prospects. Is there any chance she'd run for political office?

As for Obama's husband, he is working on finishing his own memoir. Both books were acquired by Penguin Random House in a bidding war back in early 2017.

His remarks about the difficulties of writing were reported by The Atlantic. He reportedly told people to go buy his wife's book.