Michael Cohen, President Trump's former lawyer, to be sentenced to 36 months in prison 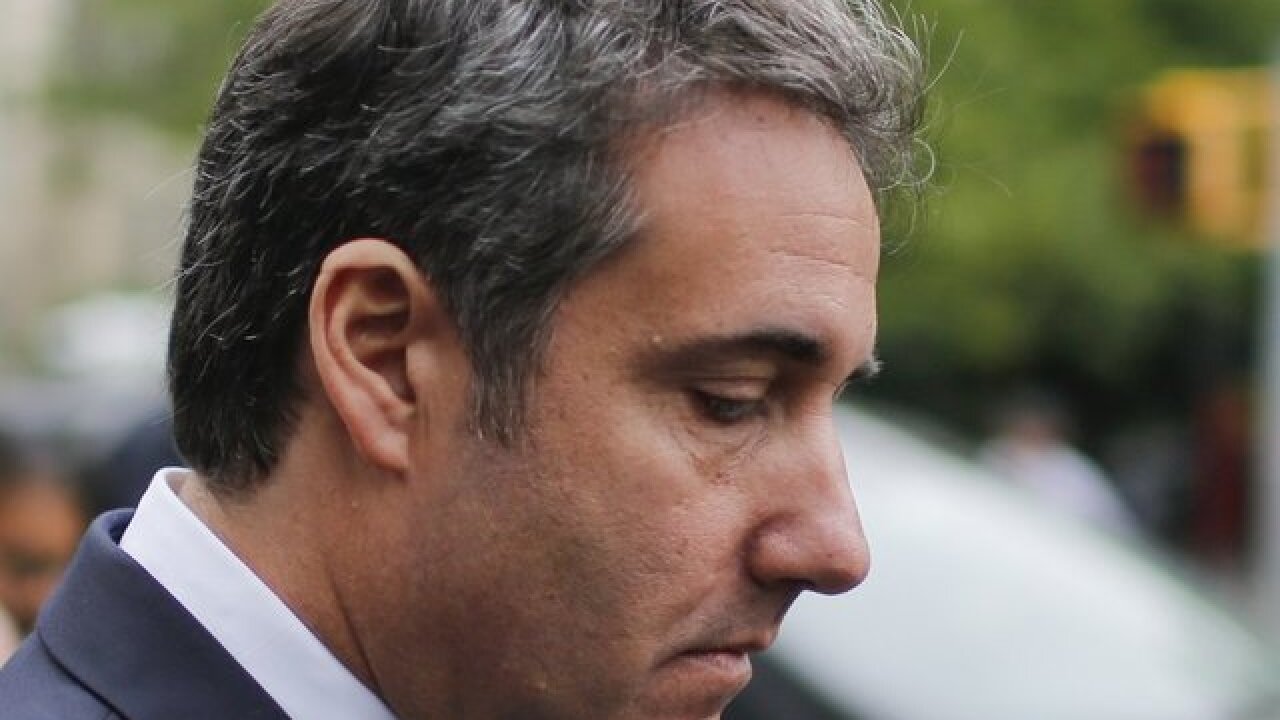 President Donald Trump's former lawyer and fixer, Michael Cohen, was sentenced Wednesday to three years in prison after saying he took "full responsibility" for his actions while at the same time blaming the President.

His sentence will be the longest thus far for anyone involved with the President or stemming from special counsel Robert Mueller's investigation into Russian meddling in the 2016 election.

"I take full responsibility for each act that I pled guilty to: The personal ones to me and those involving the President of the United States of America," Cohen said.

But he also said he was living in a "personal and mental" prison since he started working for Trump.

"Recently the President tweeted a statement calling me weak and it was correct but for a much different reason than he was implying. It was because time and time again I felt it was my duty to cover up his dirty deeds," Cohen said.

"This may seem hard to believe, but today is one of the most meaningful days of my life," Cohen added later. "I have been living in a personal and mental incarceration ever since the day that I accepted the offer to work for a real estate mogul whose business acumen that I deeply admired."

Inside the courtroom, Cohen's family was visibly emotional. Cohen did not speak to reporters upon leaving the courthouse.

He previously pleaded guilty to eight criminal counts brought by federal prosecutors in New York, and received 36 months for those crimes. Cohen also pleaded guilty to one campaign finance-related count from Mueller's team, for which he was sentenced to two months.

Cohen will serve the sentences concurrently.

US District Judge William Pauley described the crimes that Cohen had pleaded guilty to as "a veritable smorgasbord of fraudulent conduct" before announcing his sentence.

'Eroded faith in the electoral process'

Cohen's attorney, Guy Petrillo, offered a sweeping case for leniency, comparing the significance of Cohen's actions and the work of the special counsel to the Watergate investigation.

"The cooperation here should be viewed against a non-standard framework," Petrillo said. The special counsel's office "investigation is of utmost national significance, no less than seen 40 years ago in Watergate."

Petrillo described the stakes of Cohen's cooperation with Mueller to the courtroom, saying that when Cohen came forward to help the special counsel, "he knew the President might shut down the investigation," and later describing Cohen's time working for Trump as a "misfortune."

"He came forward to offer evidence against the most powerful person in our country," Petrillo said.

However, Assistant US Attorney Nicholas Roos, who spoke on behalf of the US Attorney's Office for the Southern District of New York, told the courtroom Cohen's campaign finance crimes carried a "tremendous societal cost."

"In committing these crimes, Mr. Cohen has eroded faith in the electoral process and compromised the rule of law," Roos said.

Cohen, Trump's former lawyer, pleaded guilty in August to two campaign finance violations tied to payments he had made or orchestrated to women during the campaign to stay silent about alleged sexual encounters with Trump, five counts of tax fraud and one count of making false statements to a bank. Trump has denied the affairs.

In that filing, prosecutors say that Cohen "acted in coordination with and at the direction of" Trump in executing the payments.

Cohen also pleaded guilty last month to a charge from Mueller's office of lying to Congress about how long discussions involving a proposed Trump Tower in Moscow had extended into the 2016 campaign.

Petrillo added that Cohen couldn't "anticipate the full measure of attack that would be made against him -- not only by the President, who continues to say that people who cooperate like Mr. Cohen are weaklings ... but also attacks by partisans and citizens who happen to be aligned with the President. And those attacks include threats against his family."

During his remarks, Cohen addressed the President's comment referring to him as "weak," but said it was "for a much different reason."

"Recently the President tweeted a statement calling me weak and it was correct but for a much different reason than he was implying. It was because time and time again I felt it was my duty to cover up his dirty deeds," Cohen said.

Additionally, without naming Trump's former campaign chairman Paul Manafort, Petrillo appeared to offer up a stark comparison between the two men, who are currently at the center of the investigation by the special counsel.

"His action stands in profound contrast to the decision of some others not to cooperate and allegedly to double deal while pretending to cooperate," Petrillo said.

Following Petrillo's remarks, Jeannie Rhee spoke for the special counsel. She only appeared for a minute or two, and summarized what was in their memo released Friday and said of Cohen: "He has told the truth."

In addition to the disclosures from the US Attorney's office in Manhattan about Trump's participation in the payments to silence women, Mueller also supplied fresh revelations on the President on Friday, disclosing new information on a set of efforts to communicate between Trump, his associates and the Russian government.

In one instance, prosecutors said, Cohen told the special counsel he had consulted with Trump about his interest in contacting the Russian government before Cohen suggested in a radio interview in September 2015 that Trump meet with Russian President Vladimir Putin during Putin's visit to New York that fall.

Cohen had previously claimed his comments on air were spontaneous, the court papers said, but he admitted to prosecutors that they came about after his discussion with Trump.

Cohen's sentencing underscores the scope and breadth Mueller's probe has taken as it's investigated the ties between Russia and Trump's team, an examination that often has consumed the President for the first half of his term.

Several senior Trump officials have pleaded guilty in the special counsel's investigation, including Trump's former national security adviser Michael Flynn, former campaign chairman Paul Manafort and former campaign adviser George Papadopoulos, but none were as close to the President for as long as Cohen.