Matt Lauer: 'To the people I have hurt, I am truly sorry' 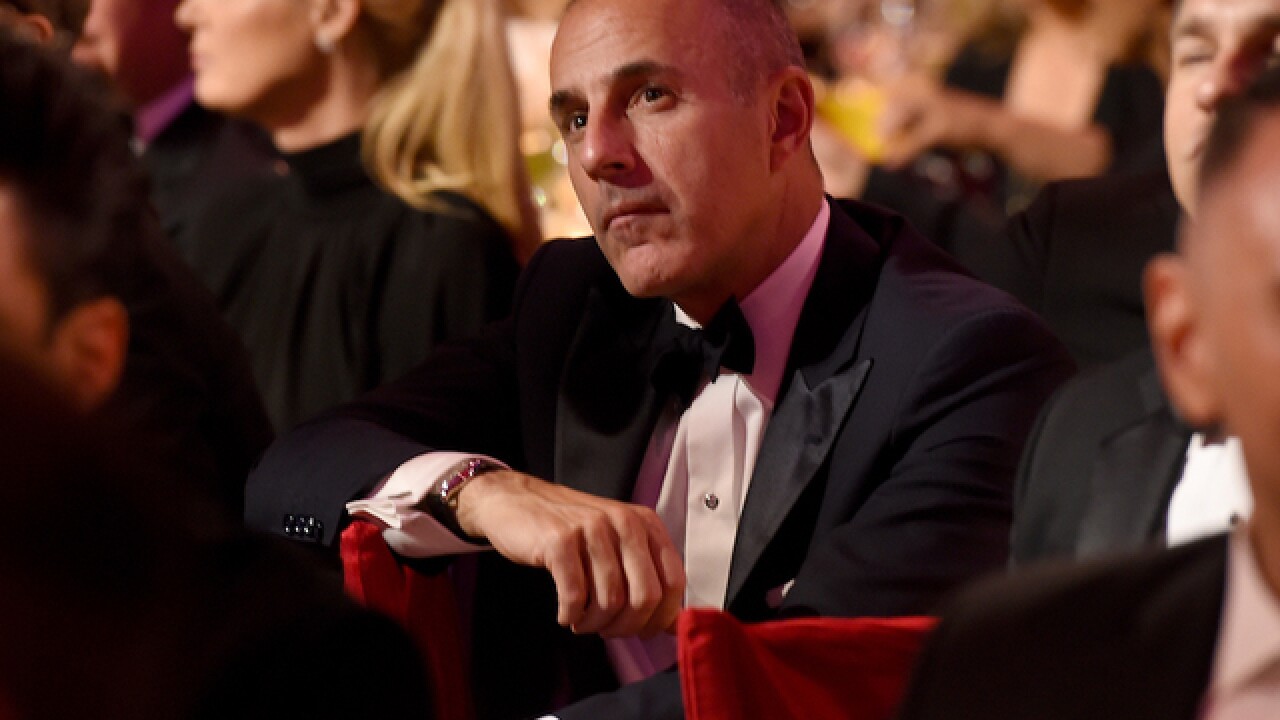 A day after NBC announced his firing, Matt Lauer said Thursday that he is "truly sorry" for the pain he has caused.

"There are no words to express my sorrow and regret for the pain I have caused others by words and actions," Lauer said in a statement provided to CNN. "To the people I have hurt, I am truly sorry. As I am writing this I realize the depth of the damage and disappointment I have left behind at home and at NBC."

"Some of what is being said about me is untrue or mischaracterized, but there is enough truth in these stories to make me feel embarrassed and ashamed. I regret that my shame is now shared by the people I cherish dearly," Lauer said.

The statement was timed for release with Thursday's "Today" show. NBC read the entire statement aloud on the morning show.

"Repairing the damage will take a lot of time and soul searching and I'm committed to beginning that effort," Lauer said. "It is now my full time job. The last two days have forced me to take a very hard look at my own troubling flaws. It's been humbling. I am blessed to be surrounded by the people I love. I thank them for their patience and grace."

On Thursday's "Today," Savannah Guthrie was once again joined by Hoda Kotb, who also filled in for Lauer on Wednesday.

"It is a difficult morning here again," Kotb said. "Our top story is once again about our former colleague."

Stories about the fallout, containing new allegations of sexual harassment by Lauer, were featured on the front pages of Thursday's newspapers and early morning newscasts.

But Lack also knew that Variety and The New York Times were working on in-depth investigations.

The New York Times published a chilling account later in the day. The newspaper said it interviewed a former employee who said Lauer "summoned her to his office in 2001, locked the door and sexually assaulted her." The accuser left NBC one year later. She asked The Times for anonymity.

The misconduct allegations came as a profound shock to many "Today" show viewers -- and to some NBC staffers.

Some NBC veterans said they did not recognize the man they were now reading about.

Some of the same sentiments were heard last week when CBS fired Charlie Rose.

This is an unprecedented moment in morning television, with two empty chairs on two network broadcasts -- "Today" and "CBS This Morning" -- because of sexual harassment allegations against anchormen.

"Today" is grappling with a scandal that threatens NBC's bottom line. The "Today" show makes hundreds of millions of dollars a year through ad sales, so any deterioration in the ratings will hurt the network's parent company, NBCUniversal.

The ratings race between "Today" and ABC's "Good Morning America" is legendary. In recent years the third-place "CBS This Morning" has been edging closer to them.

Now there's a sense in the television news business that anything could happen -- that viewers may react to the NBC and CBS scandals in any number of ways.

Insiders are also speculating about who might take over for Lauer. He was the face of the "Today" show for 20 years and had about a year left on his contract when he was suddenly terminated.

"The arrival of hard consequences for these men may have come too late in the news industry, but media organizations are unquestionably leading the national reckoning now underway," media columnist Jim Rutenberg wrote in Thursday's New York Times.

"For the news business, this is the way it has to be: Its main product, after all, is integrity, which, in the case of the networks, is personified by those who sit behind the desk," he wrote. "Once the audience's trust is lost, the entire enterprise falls apart."