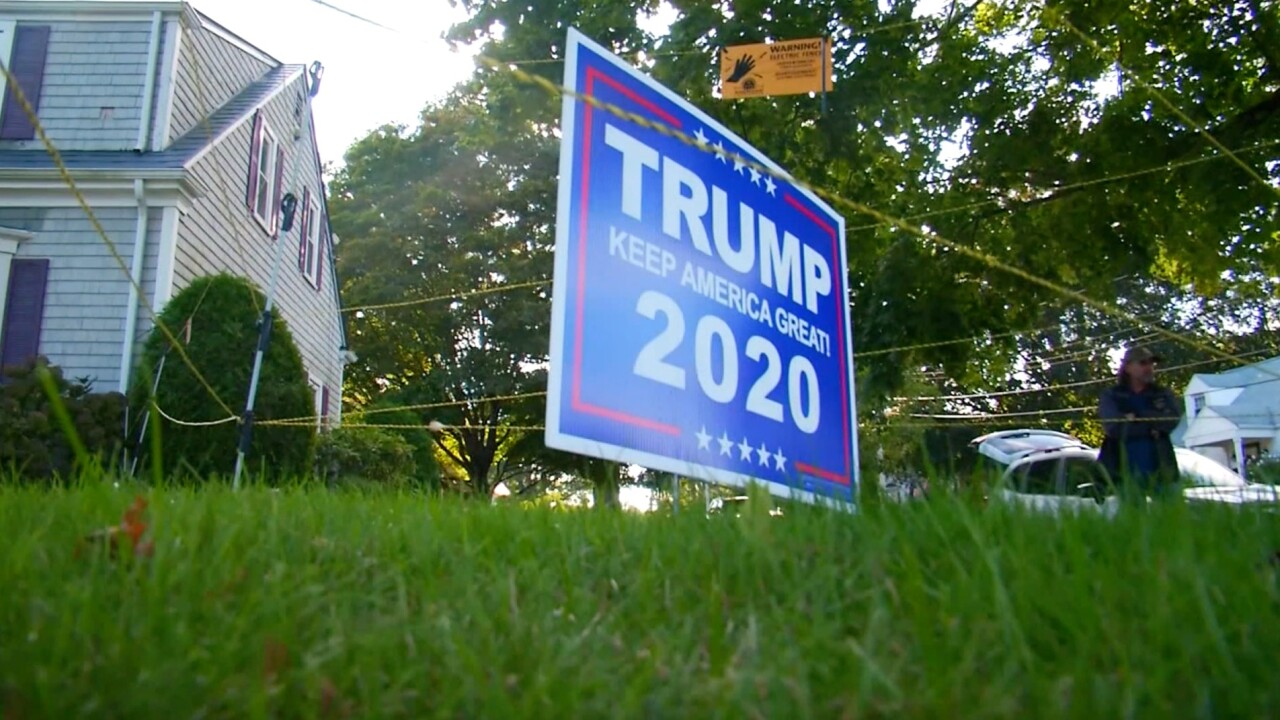 NEW BEDFORD, Mass. – A man in Massachusetts is taking extreme measures to ensure his Trump campaign sign isn’t tampered with.

John Oliveria of New Bedford says his sign started disappearing from his yard and after going through six, the Navy veteran was fed up.

Oliveria, a member of the New Bedford School Committee, has now put electric wire around the sign in his front yard and he tells WJAR it has certainly sent a message to thieves.

After two weeks with the fence, the Republican says the sign has stood its ground.

Oliveria says Americans have to be able to respect each other, despite political differences. Otherwise, he argues nothing will get accomplished.

Oliveria believes the sign supporting President Donald Trump’s reelection bid was specifically singled out, because he also has another sign encouraging people to vote, but that one was never touched.

For those wondering if putting electric fencing in residential areas is legal in the state, WJAR reports that it depends on the laws and regulations in each community. If someone were injured because of it, there could be legal trouble.