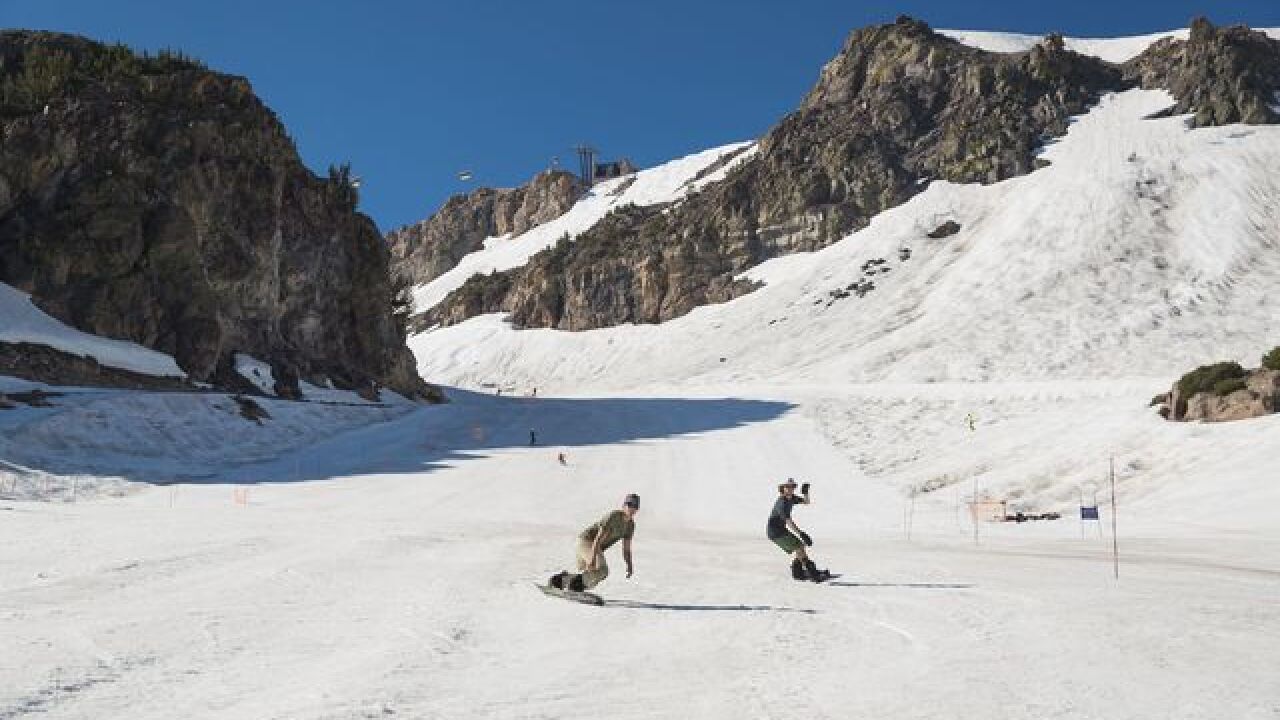 MAMMOTH LAKES, Calif. (AP) - The Mammoth Mountain resort in the Eastern Sierra had hoped a winter of epic snowfall would allow skiing into August, but instead will end its season this month.

The resort says weather has been heating up and the remaining snow is melting fast.

The last day for skiing and riding will be on July 28.

Mammoth accumulated 718 inches of snow at its summit and 492 inches at the main lodge this season.

The resort initially announced it had so much snow there would be skiing until the Fourth of July, and then said it would continue on into August, but a balmy summer has recently turned hot.