Lord & Taylor is officially going out of business 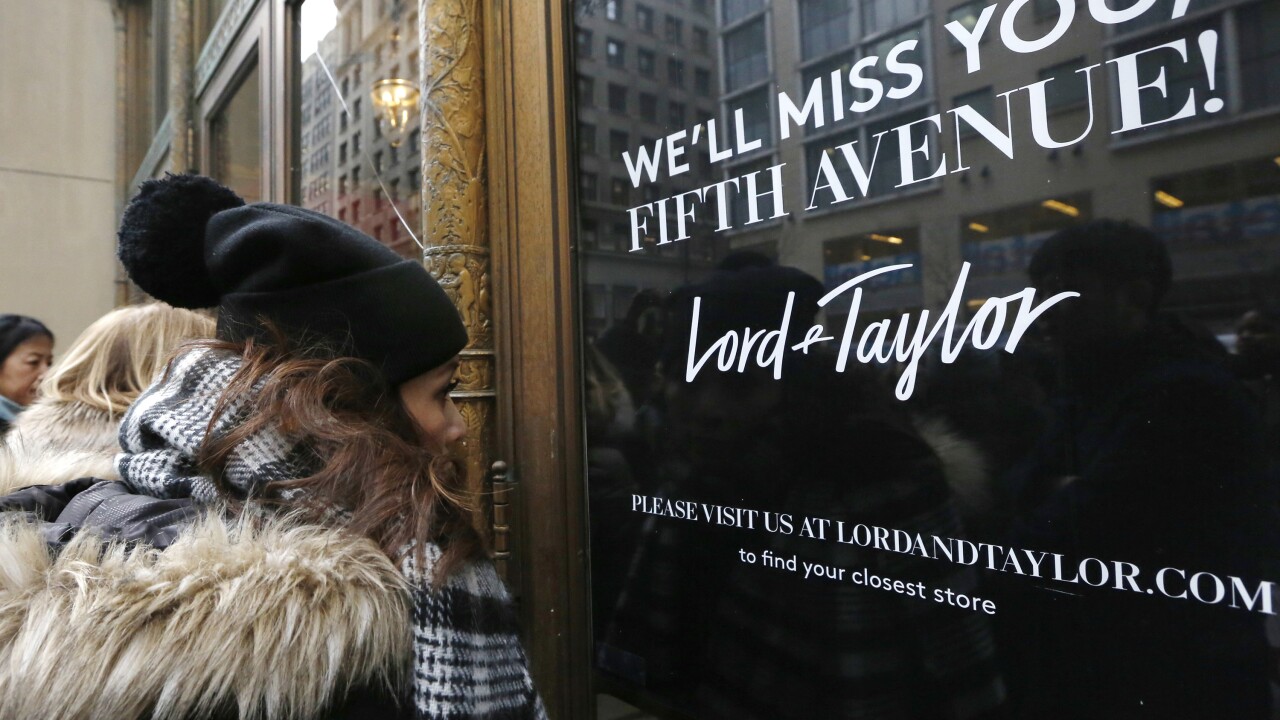 Lord and Taylor announced Thursday they would be shutting down their remaining 38 stores.

The high-end retailer began as a Manhattan dry goods store in 1824. It was sold last year to the French rental clothing company Le Tote Inc.

Lord and Taylor filed for bankruptcy on August 2.

The company said the initial plan was to leave some stores open but decided it was a better financial decision to close all the stores.

The liquidator for the company said customers could expect deep discounts on merchandise both in stores and online.

"This Going Out of Business event gives shoppers the opportunity to take advantage of exceptional savings on notable brands at rarely seen discounts," a spokesperson for the joint venture stated. "Customers will continue to experience the superior service and value they've come to expect from this iconic retailer."

The company said going out of business sales at the remaining stores will begin Thursday.