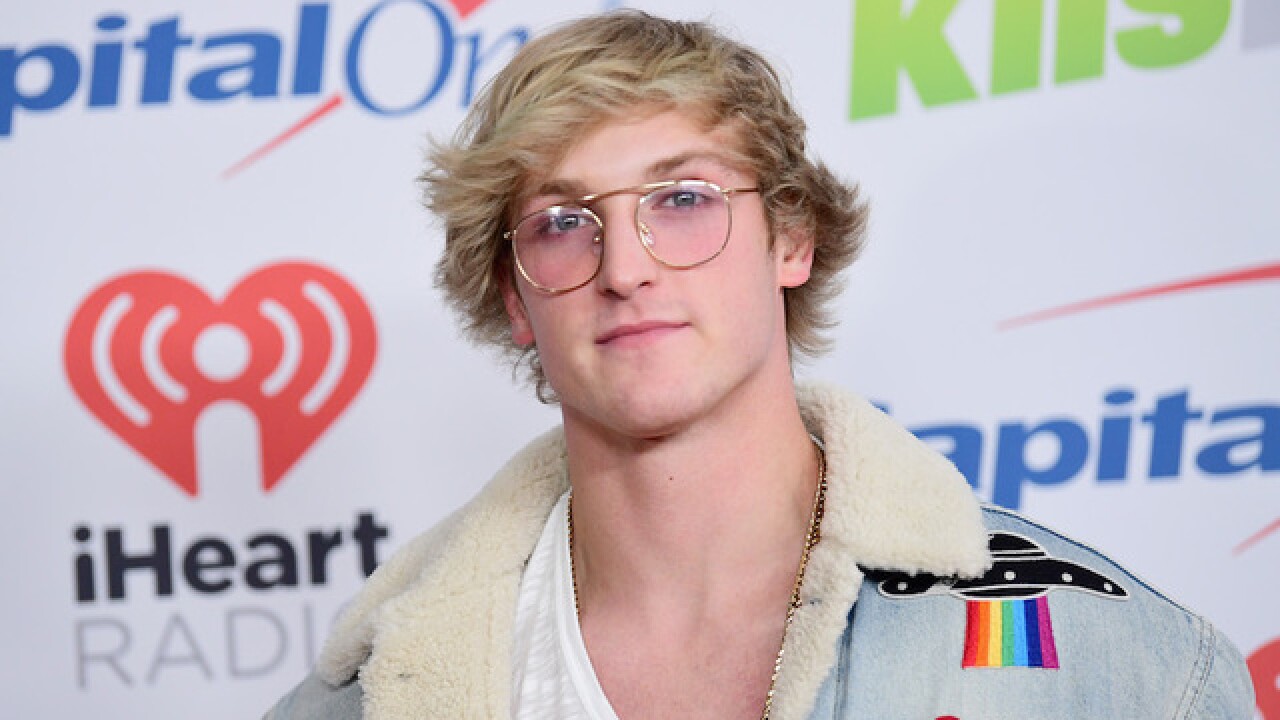 Copyright Getty Images
Emma McIntyre
<p>Logan Paul poses in the press room during 102.7 KIIS FM's Jingle Ball 2017 presented by Capital One at The Forum on December 1, 2017 in Inglewood, California. (Photo by Emma McIntyre/Getty Images for iHeartMedia)</p>

An apology from Logan Paul did little to quell the outrage after the social media star posted a YouTube video, showing what appears to be a body hanging from a tree in a Japanese forest known for suicides.

On Monday, Paul apologized for the vlog: "I didn't do it for views. I get views. I did it because I thought I could make a positive ripple on the internet, not cause a monsoon of negativity."

"I intended to raise awareness for suicide and suicide prevention and while I thought, 'if this video saves just ONE life, it'll be worth it,' I was misguided by shock and awe, as portrayed in the video," according to his statement posted on Twitter.

Paul's apology didn't placate the growing anger, as it was also criticized as being tone deaf and self-praising .

He removed the original video from YouTube, but it remains available online elsewhere. In it, Paul and his group come upon a body hanging in the Aokigahara forest. They call out to him and Paul asks someone to call the police twice.

After he sees the body, Paul says: "This is a first for me. This literally probably just happened."

The person's face is blurred in the video.

Someone off camera says: "I don't feel good."

Paul replies: "What, you never stand next to a dead guy?"

Paul bursts into laughter. "It was gonna be a joke. This was all a joke. Why did it become so real?" he asks.

"Depression and mental illnesses is not a joke," he says. "We came here with the intent to focus on the haunted aspect of the forest. This just became very real."

Paul and his friends gather at the parking lot. And he says to the camera that "the smiling and laughing ... is not a portrayal of how I feel about the circumstances. Everyone copes with s*** differently... I cope with things with humor."

He said that he was not monetizing the video for "obvious reasons" and gave a graphic video warning.

The backlash over the video came quickly.

"The young person who died was not for Paul- not their body, not their image, not their story," tweeted Caitlin Doughty, a mortician and author.

"What a missed opportunity for Paul to NOT use the footage, but vlog in his hotel room later and say 'something intense happened today. I had never seen a dead body. Here's how I felt. Mental illness is awful.' Then he could dab away into the sunset or whatever," she tweeted.

Actor Aaron Paul tweeted his disgust: "Suicide is not a joke."

Some called for Paul to donate his earnings from YouTube to suicide prevention organizations.

A link to the video now says it's been removed by the user.

Some asked why Paul had released such a video when he has a young fan base.

"He doesn't think before he speaks/acts in front of his very easily-influenced young audience," tweeted James Charles, a teenage social media star, who also tweeted the suicide prevention hotline.

Among young Americans between the ages 10 and 24, suicide is the third leading cause of death, according to the US Centers for Disease Control and Prevention.

Paul and his friends had been visiting Japan, where the suicide rate is among the highest. The forest they had visited is known throughout Japan as "suicide forest." Signs posted there urge suicidal visitors to seek help and offer a hotline number.

Paul rose to fame with his viral micro-videos on Vine using juvenile and physical humor, which he had described as filling "the niche of the crazy college kid. " He parlayed that into TV projects and his own merchandise, and gained millions of followers on social media.