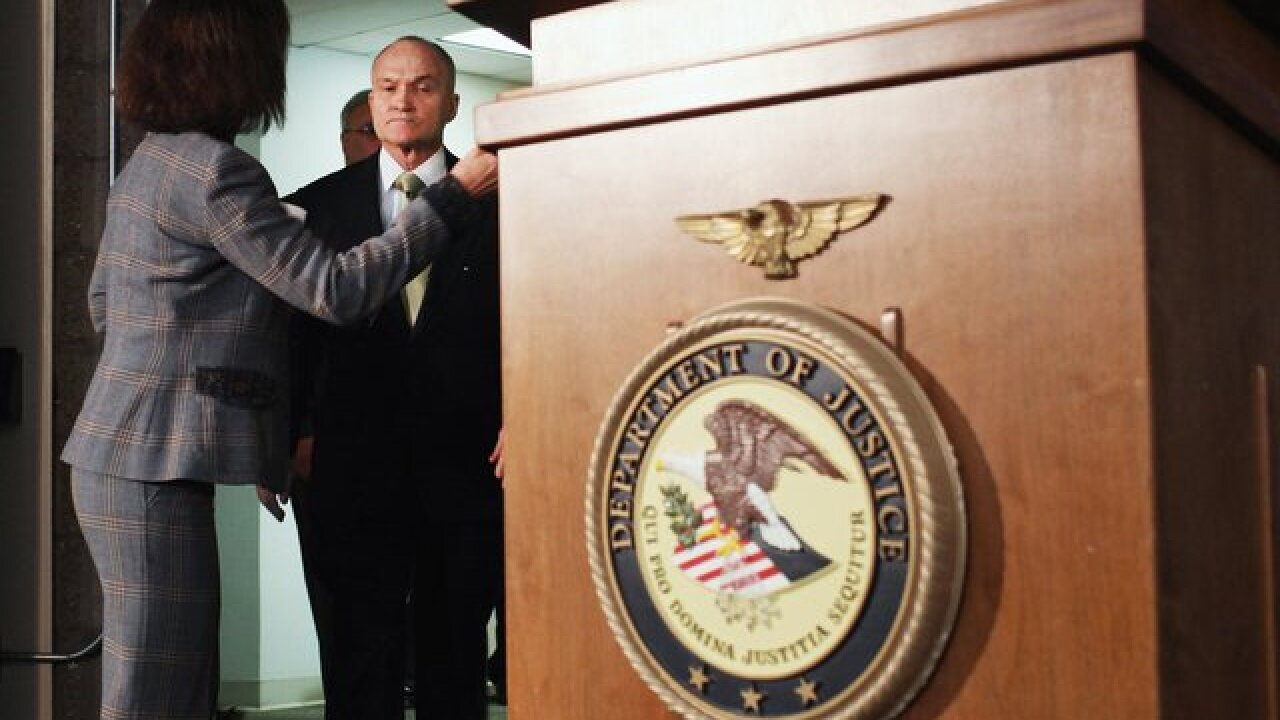 Washington lobbyist W. Samuel Patten pleaded guilty Friday to acting as an unregistered foreign agent in the United States for Ukrainians from 2014 until 2017.

Patten's case was referred by special counsel Robert Mueller, according to an official with the US Attorney's office.

As part of his plea agreement, Patten agreed to cooperate with the Justice Department. He faces up to five years in prison and a $250,000 fine for the felony charge. A sentencing date has not been set.

Patten, 47, was paid more than $1 million for Ukrainian opposition bloc work including meeting with members of the executive branch, Senate Foreign Relations Committee members and members of Congress, according to a  charging document filed in the US District Court for the District of Columbia on Friday morning .

He also worked with an unnamed Russian to place op-ed articles in US media in 2017, the Justice Department says.

The plea deal was handled by the DC US Attorney's Office and the Justice Department's National Security Division, not Mueller's team, which is about to take former Trump campaign chairman Paul Manafort to trial on a similar charge.

The criminal charging document does not name Manafort or any of his colleagues in the US and Ukraine, though Patten may be connected to those efforts.

Patten appeared in court Friday morning before Judge Amy Berman Jackson, the same judge who is handling Manafort's trial which is scheduled to begin next month.

In court, Patten conveyed the air of a solemn man aware of what he had done.

As Berman Jackson asked him several questions about his willfulness to plead guilty and the rights he will waive, Patten answered her slowly and clearly each time: "Yes, your honor," "I understand, your honor," "I do, your honor."

In a blue shirt and navy suit and tie, the lifelong Washingtonian stood before the judge, nodding often as she spoke to him.

Berman Jackson confirmed that he had signed every page of his plea agreement and charging documents with "a squiggle."

A prosecutor from the DC US Attorney's Office read the charging document made public Friday before the hearing almost word for word. He added no new details when describing Patten's criminal offense, though he added the words more than once that Patten "was working as a foreign agent of the opposition bloc."

The Ukrainian opposition bloc had deep ties to Russia in the period in which Patten represented them, including former Ukrainian President and opposition bloc member Viktor Yanukovych living in Russia after he was driven out of Ukraine in 2014.

The 35-minute court proceeding was sparsely attended by members of the press and court employees, yet members of Mueller's special counsel's office filled a front row of seats. They were lead Manafort prosecutor Andrew Weissmann and FBI agents Omer Meisel and Brock Domin.

After the hearing ended, Weissmann spent several minutes greeting Patten's defense attorney, Stuart Sears, and two prosecutors from other Justice Department offices on the case. Patten stood waiting with his hands crossed in front of him without a smile, and he shook Meisel's hand.

Berman Jackson also spoke on the rarity of a foreign lobbying prosecution. There is no sentencing guideline for this type of case and no analogous guidelines the court can use to determine Patten's sentence.

"That's a little complicated," Berman Jackson said when discussing his potential sentence. "I don't usually have to go into all that."

The prosecutors and defense will give the court a status update in 60 days on Patten's case.