Lawmaker accused of trying to lure teen for sex 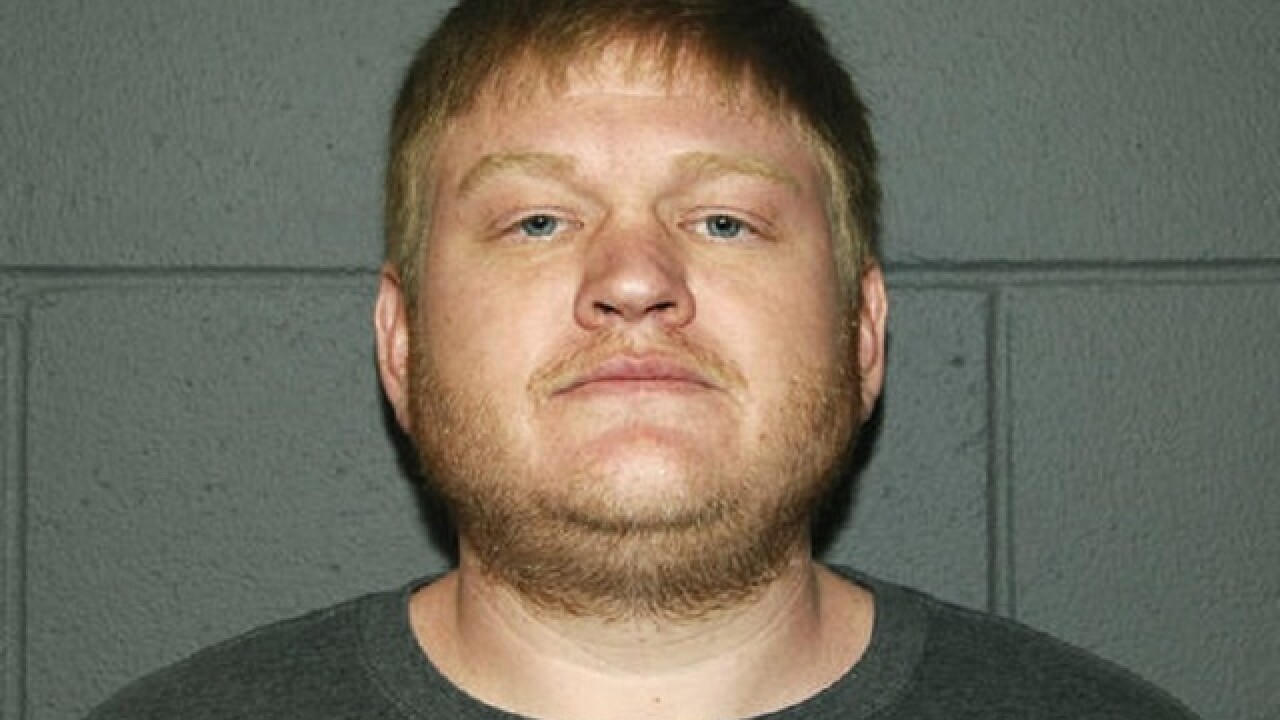 <p>This booking photo released Wednesday, March 2, 2016 by the Nottingham, N.H., Police Department shows New Hampshire state Rep. Kyle Tasker, arrested on charges of trying to lure a 14-year-old girl into a sexual encounter. He was arraigned in Candia on three drug charges and one count of using a computer to lure a child, all felonies. His bail was set at $250,000. House Speaker Shawn Jasper removed Tasker from the House Children and Family Law Committee and suggested that he resign. (Nottingham Police Department via AP)</p>

CONCORD, N.H. (AP) — A state representative was arraigned Wednesday on a charge of trying to lure a 14-year-old girl into a sexual encounter.
Rep. Kyle Tasker sent the girl, an acquaintance, inappropriate messages online before police took control of her social media account and agreed to the meeting, investigators said.
Tasker, a 30-year-old Republican from Nottingham, sent text messages about the encounter while attending a House committee meeting, a police affidavit said. He tried to meet the girl Tuesday at a secluded beach but was greeted by law enforcement, authorities said.
After his arrest, police searched his home and said they found brownies cooked with marijuana, hallucinogenic mushrooms and other drugs.
Messages seeking comment on the accusations were left for Tasker and his attorney. He was arraigned in Candia on three drug charges and one count of using a computer to lure a child, all felonies. His bail was set at $250,000.
House Speaker Shawn Jasper, a Republican, removed Tasker from the House Children and Family Law Committee and suggested that he resign.
"Representative Tasker is facing serious charges that, if true, are beyond the bounds of human decency," Jasper said.
Jennifer Horn, New Hampshire Republican Party chair, called the charges "troubling and disgusting" and said Tasker should immediately resign.
Tasker, who is serving his third term, made headlines in 2012 when he dropped his gun on the floor of a state building as he prepared to attend a committee hearing.
Police said their investigation began with a complaint from the teen's mother in January saying the girl met Tasker at a breakfast, friended him on Facebook and began receiving inappropriate messages from him.
The mother told police he had asked the girl how old she was. When she replied 14, he responded, "girls like you can get me in trouble," she said. She said he also said he could get alcohol or marijuana for the girl and proposed a three-way sexual encounter.
By the end of January, the girl and her mother agreed to the undercover operation and police took control of the girl's Facebook account. The conversations began as idle chatter, with a police detective reaffirming the girl's age.
Communication from Tasker later contained suggestive language about drugs and sex, authorities said. The affidavit said he also sent graphic images and a video depicting oral sex.
Associated Press 2016