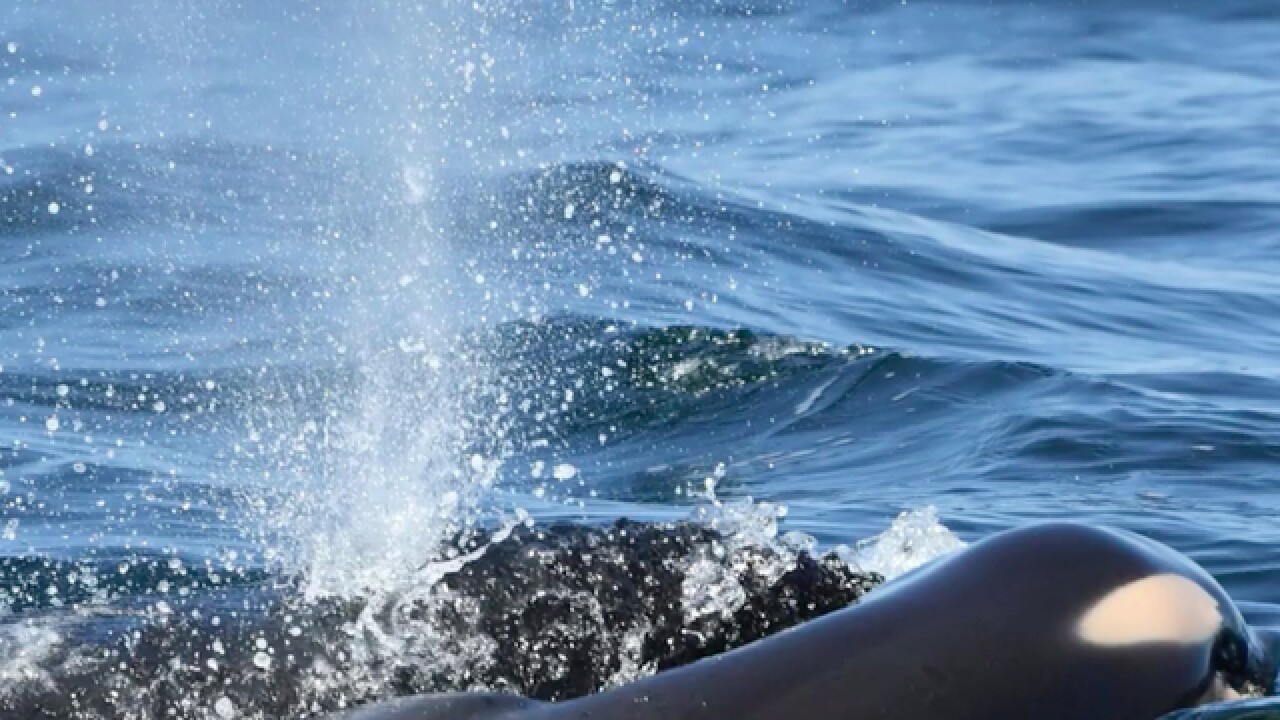 <p>An orca is carrying her dead calf after it died July 24, 2018, a rare occurrence, according to scientists.</p>

A female orca whale is still apparently grieving her dead calf and still swimming with its body after more than two weeks, authorities say.

"It's heartbreaking to watch," said Michael Milstein of the National Oceanic and Atmospheric Administration's West Coast Region. "This kind of behavior is like a period of mourning and has been seen before. What's extraordinary about this is the length of time."

The adult -- Tahlequah, or J35 as the whale has come to be known by researchers -- and corpse were last seen definitively Thursday afternoon, 17 days after the baby's birth. The female calf died after a few hours.

The mother, preventing the body from sinking to the ocean floor, has been carrying it and nudging it toward the surface of the Pacific off the coast of Canada and the northwestern US.

Another struggling female in the same pod -- J50, also known as Scarlet -- was shot with antibiotics to fight an infection, since scientists worry that she has been losing a frightening amount of weight.

These are grim signs. The Southern Resident population the females belong to has about 75 members, and has not had a successful birth in three years. In the last 20 years, only 25 percent of the babies have survived.

Scientists say grieving is common among mammals such as whales, dolphins, elephants and deer. Evidence shows the orca brain is large, complex and highly developed in areas dealing with emotions, said Lori Marino, president of the Whale Sanctuary Project.

"It's not surprising they're capable of deep feelings, and that's what (Tahlequah) is showing," Marino said. "What exactly she's feeling we'll never know. But the bonds between mothers and calves are extremely strong. Everything we know about them says this is grieving."

Center for Whale Research founder Ken Balcomb said it's "unprecedented" for an orca to keep this going for so long. He said the mother has traveled more than 1,000 miles with the corpse, which has begun to decompose.

"It is a grief, a genuine mourning," he said.

The problem for this group of killer whales is a dwindling food supply, scientists say. Most killer whales eat a wider diet, but this particular group of about 75 resident orcas eats just salmon, which have been overfished in the area for commercial consumption. Manmade contraptions, like hydroelectric power sources, block the salmons' path to release eggs.

Exasperating the problem is that orcas do not have babies often or in large numbers, and when they do, it is a long process. It takes a calf a little under a year and a half to fully develop in the womb, and they nurse for another year. They must learn to swim right away, Balcomb said, and rely on their mothers for food for several years -- first through nursing, then through providing fish.

"Extinction is looming," Balcomb told CNN last month, but it is not inevitable if humans restore salmon populations and river systems in time.