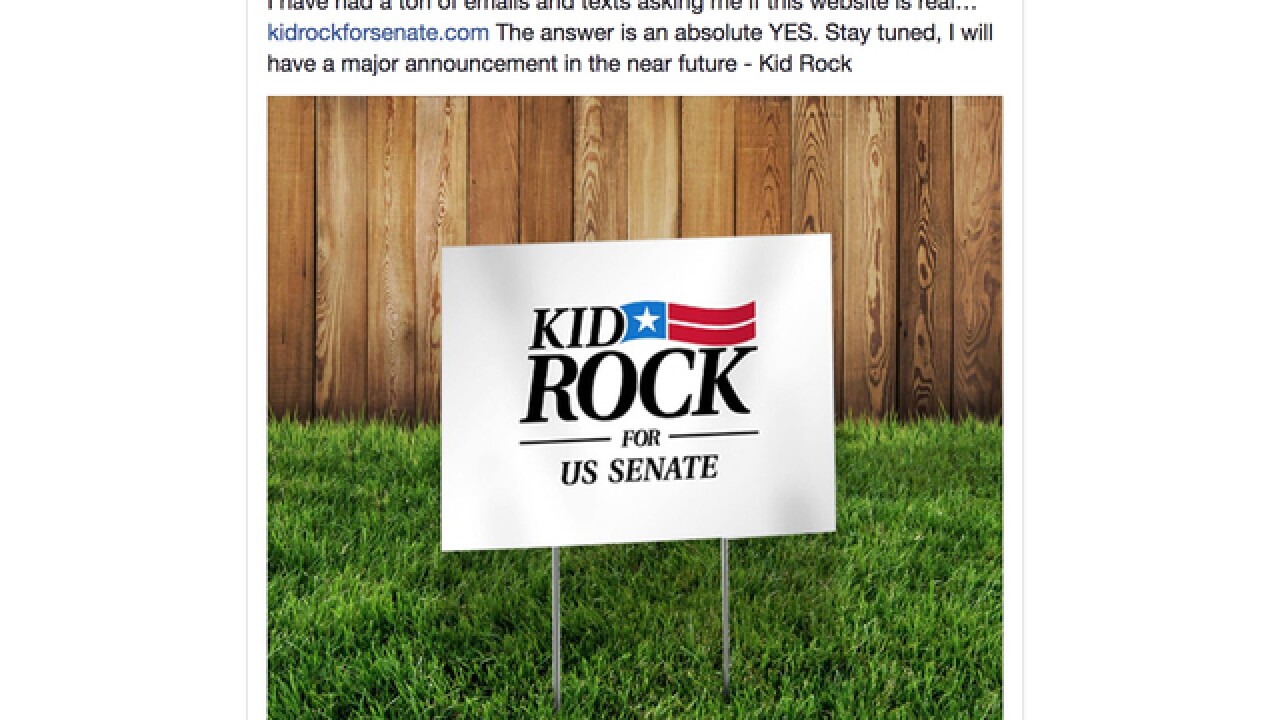 RELATED: Photos: 9 celebs who have run for political office

The music superstar and Donald Trump supporter posted the tease to his social media accounts.

I have had a ton of emails and texts asking me if this website is real… kidrockforsenate.com The answer is an absolute YES. Stay tuned, I will have a major announcement in the near future - Kid Rock

The post include a link to the kidrockforsenate.com website, which as of now allows you to sign up for email updates and links off to the Warner Brothers Records website where you can buy Kid Rock for Senate merchandise.