Kareem Hunt says he was 'in the wrong' after video released of him kicking, shoving woman 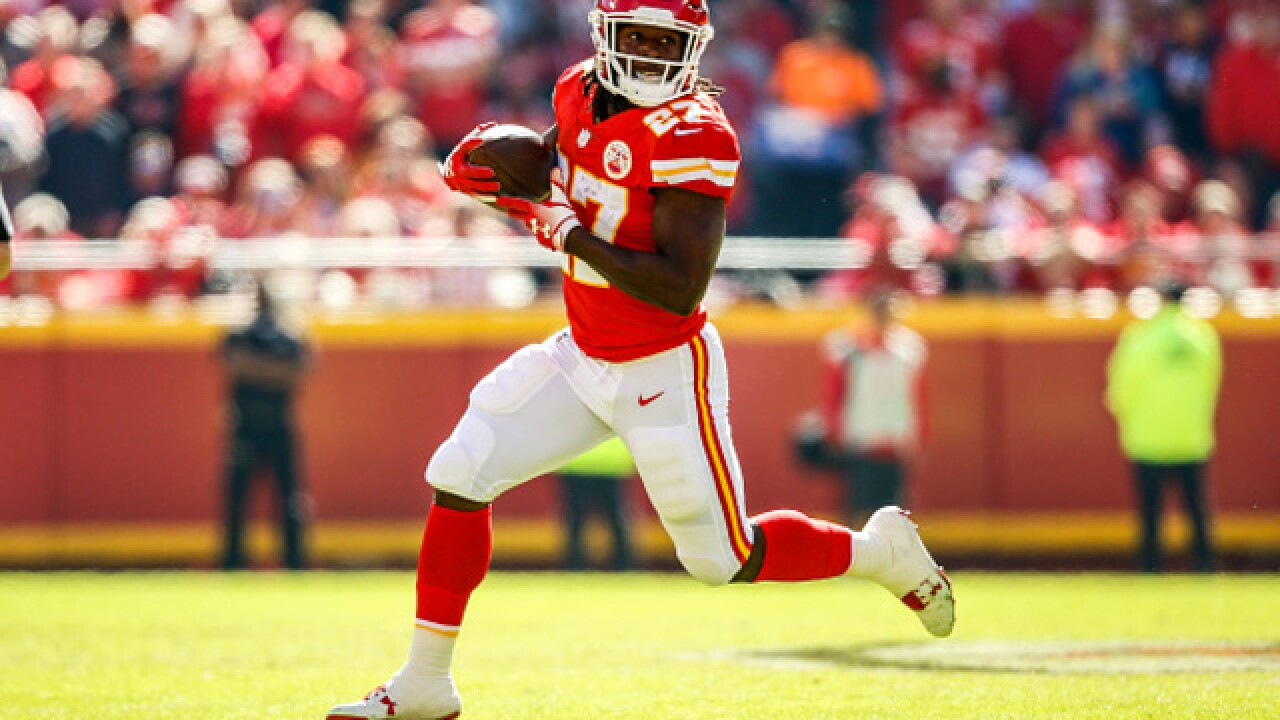 Copyright 2018 Scripps Media, Inc. All rights reserved. This material may not be published, broadcast, rewritten, or redistributed.
David Eulitt
<p>KANSAS CITY, MO - OCTOBER 28: Kareem Hunt #27 of the Kansas City Chiefs runs in the open field during the first half of the game against the Denver Broncos at Arrowhead Stadium on October 28, 2018 in Kansas City, Missouri. (Photo by David Eulitt/Getty Images)</p>

CLEVELAND — Former Kansas City Chiefs running back Kareem Hunt sat down with ESPN to apologize after a video released by TMZ Sports showed the Cleveland-area local, shoving, pushing and kicking a woman at The Metropolitan at the 9 Hotel in Cleveland back in February.

Hunt admitted he was "in the wrong" and apologized to the woman in the video, the Chiefs organization and his family.

He said if he got the chance to speak to the woman in the video again he would say, "I am sorry for my actions that night."

"Honestly, I just want to let the world know how sorry I am for my actions. It's been a tough time for me. I'm extremely embarrassed because of that video."

During the interview, Hunt said the NFL never questioned him about the incident.

The NFL said they are continuing their investigation and plan on speaking to the complainants.

Hunt was released from the Chiefs Friday night after the video was published by TMZ Sports.

The video, which appears to be security footage from the hotel, shows Hunt arguing with a 19-year-old woman outside his room at The 9 at 3:22 a.m. on February 10, 2018, TMZ Sports reports.

Hunt is seen confronting the woman and shoving her. The woman then strikes back at Hunt in the face. As friends try to hold Hunt back, he knocks one of his friends into the woman and they both fall onto a wall.

Hunt then walks over to the woman and kicks her while she is crouched on the ground, the video shows.

Police were called to the scene, but no arrests were made. Officers said they were unable to determine if a crime had been committed.

Hunt graduated from Willoughby South High School where he played for the school's football team, the Rebels.