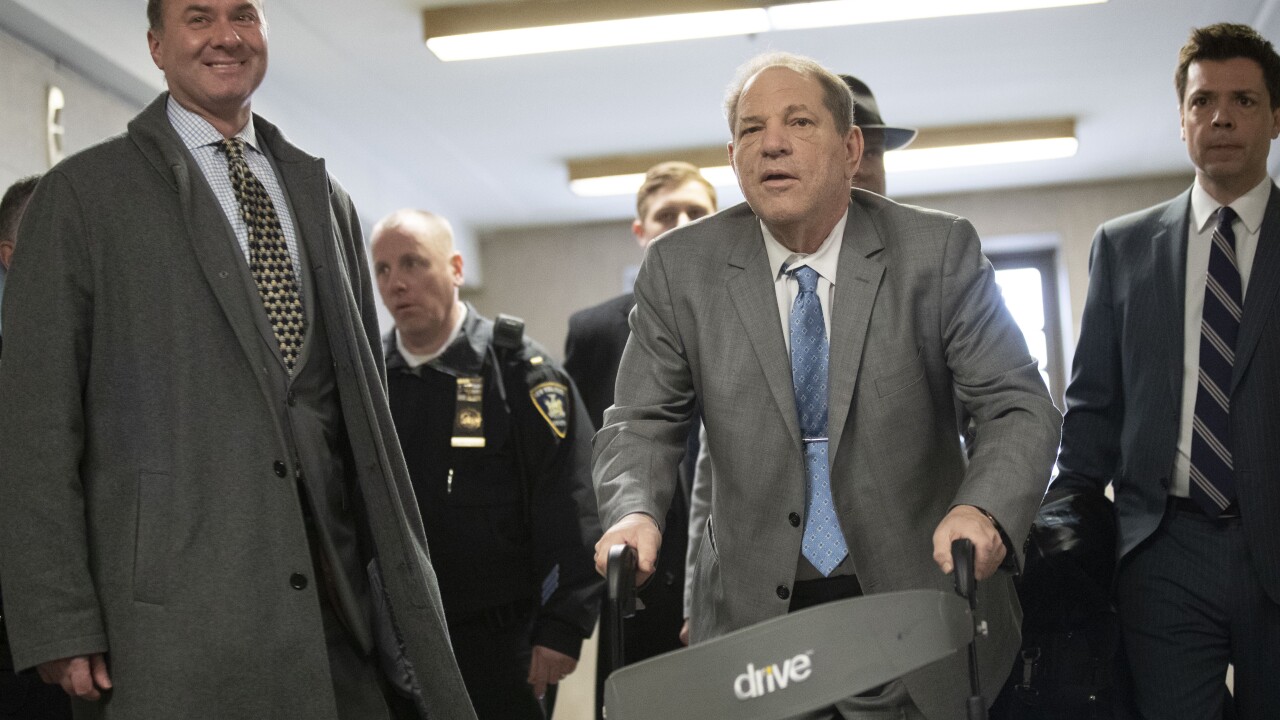 NEW YORK (AP) — A jury in New York City is expected to begin deliberations in the rape trial of Harvey Weinstein.

The jury will start weighing the evidence Tuesday after often-emotional testimony from multiple women who accused him of sexual assault.

Weinstein is charged with raping a woman in a Manhattan hotel room in 2013 and forcibly performing oral sex on another woman in 2006.

Other accusers testified as part of the prosecution's effort to show he used the same tactics to victimize many women over the years.