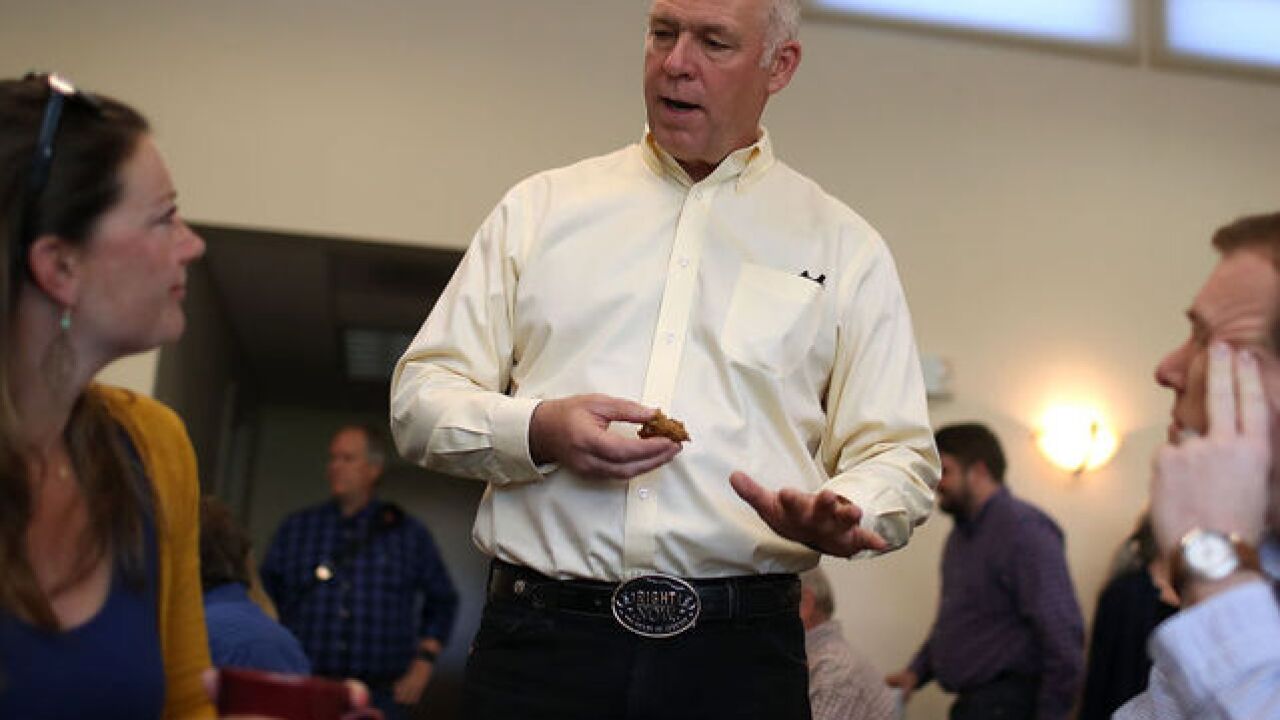 Copyright Getty Images
Justin Sullivan
<p>MISSOULA, MT - MAY 24: Republican congressional candidate Greg Gianforte talks with supporters during a campaign meet and greet at Lambros Real Estate on May 24, 2017 in Missoula, Montana. Greg Gianforte is campaigning throughout Montana ahead of a May 25 special election to fill Montana's single congressional seat. Gianforte is in a tight race against democrat Rob Quist. (Photo by Justin Sullivan/Getty Images)</p>

Jacobs said he was asking Gianforte questions about the Republican healthcare plan when the candidate "body slammed" him. The Guardian released an audio recording that supported Jacob's account of the incident, which was also backed up by witnesses.

Gianforte was charged with assault on the eve of Montana's special election. But his campaign earlier blamed the altercation on Jacobs, accusing him of "aggressive behavior" after entering Gianforte's office without permission and refusing to leave.

Other journalists and politicians were among the thousands of people who weighed in on the extraordinary incident. The term "Gianforte" was trending worldwide on Twitter, appearing in more than half a million tweets by early Thursday ET.

"Usually when people say 'the press is under assault' they are speaking metaphorically," quipped Jeet Heer, a senior editor at The New Republic.

Senior Huffington Post media reporter Michael Calderone pointed to the arrest earlier this month of a West Virginia reporter who shouted questions about health care reform at Health Secretary Tom Price and the manhandling by security guards of a Washington reporter at the Federal Communications Commission headquarters.

Calderone and others associated the incidents with the atmosphere under President Trump, who has repeatedly attacked major news organizations, including CNN, calling them "the enemy of the people."

Jeff Ballou, the president of the National Press Club, called Gianforte's actions "an egregious assault on 1st Amendment and civility."

Numerous journalists highlighted the striking difference between Gianforte's campaign's statement and the version of events from Fox News correspondent Alicia Acuna, who witnessed the incident.

The Gianforte campaign's accusation that Jacobs "aggressively shoved a recorder in Greg's face, and began asking badgering questions" came in for particular scorn, with journalists pointing out that it's par for the course in politics.

Amid the frenzy on Twitter, Gianforte's own accounts (@gregformontana and @gianforte) remained silent.