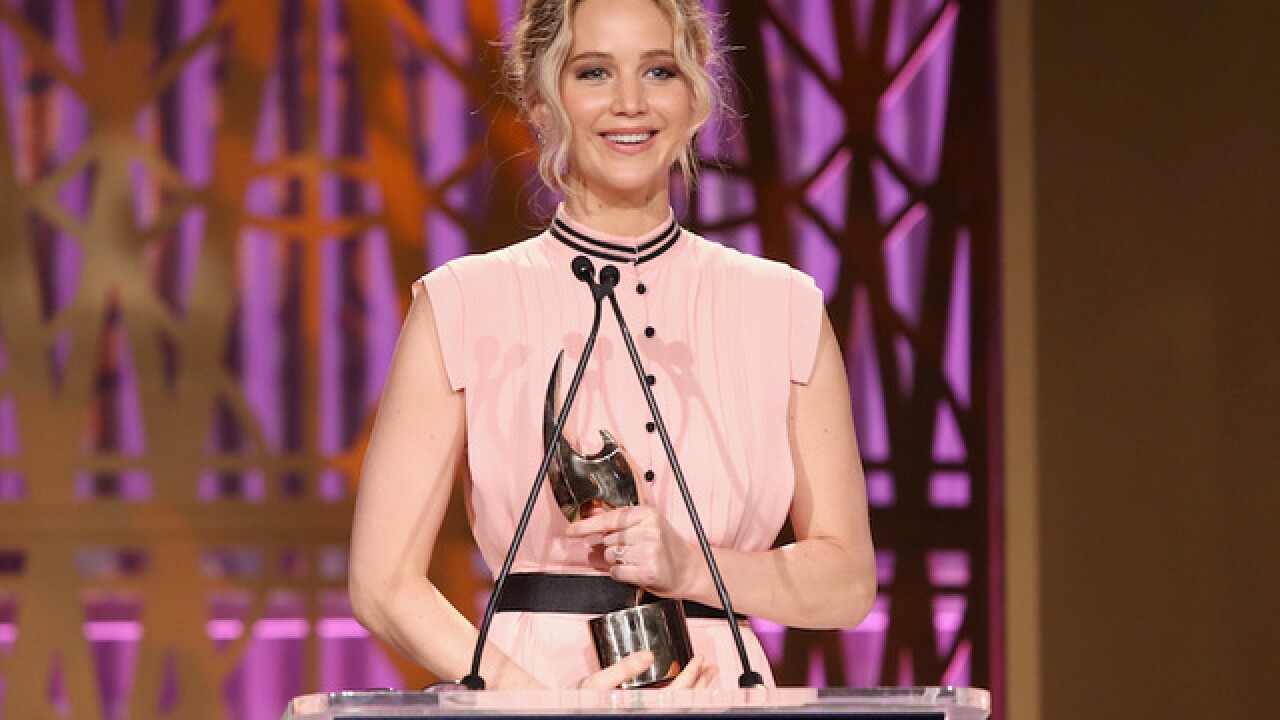 Actress Jennifer Lawrence says she has a speech ready for the moment she meets President Donald Trump and "it ends with a martini to the face."

In a wide-ranging interview with Oprah Winfrey for the Hollywood Reporter, Lawrence said she's never met Trump, but that she'd like to meet him.

"I think so," she said in the interview, published Wednesday. "I've got a pretty good speech. And it ends with a martini to the face. (Laughter.) I have something to say for all of them. I watch different characters on the news, and I'm like, 'You just wait.'"

The President's son, Donald Trump Jr., responded to Lawrence's comments Thursday: "I'm pretty sure that's not how it would end..."

The Oscar-winning actress told the Hollywood Reporter that she'd been waiting for the moment to speak to President Trump, adding, "I'll give you a hint — it's not nice. You wouldn't want me to say it to you."

Lawrence has been a longtime critic of Trump. She told Vogue in November 2015 that if he became President, "it will be the end of the world" and following the election, Broadly published her essay titled "Don't Be Afraid, Be Loud."