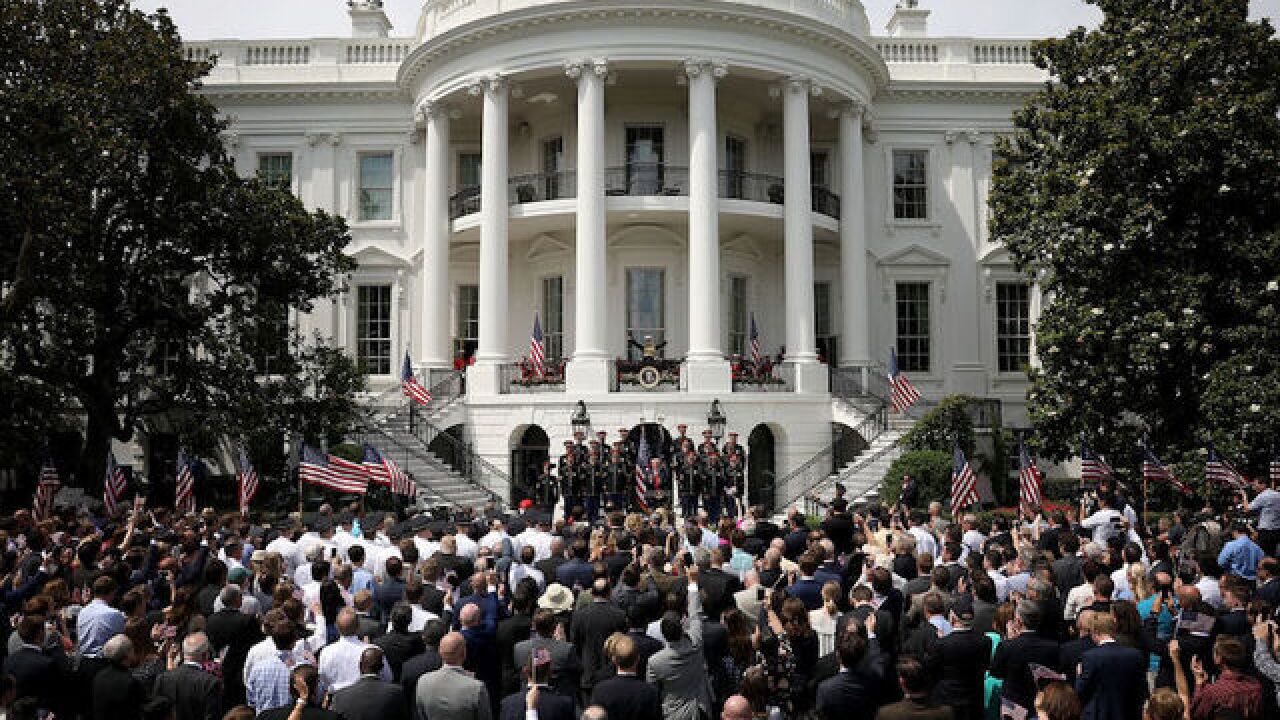 Image copyright 2018 Getty Images. All rights reserved. This material may not be published, broadcast, rewritten, or redistributed.
Win McNamee
<p>President Donald Trump finishes singing the national anthem with a U.S. Army chorus during a "Celebration of America" event on the south lawn of the White House June 5, 2018 in Washington, DC. The event, originally intended to honor the Super Bowl champion Philadelphia Eagles, was changed after the majority of the team declined to attend the event due to a disagreement with Trump over NFL players kneeling during the national anthem. </p>

A senior National Security Council official who argued for increasing US refugee admissions and feuded with senior White House officials is no longer working at the White House, an administration official said.

Jennifer Arangio, who until recently was the NSC's senior director for international organizations and alliances, is the latest in a slew of departures from the White House's primary foreign policymaking body since national security adviser John Bolton took the helm.

It was not immediately clear if Arangio resigned or was forced out, and a National Security Council spokesman declined to comment. Arangio could not be reached for comment.

Arangio's departure, first reported by Politico, follows months during which she has clashed with fellow Trump administration officials -- including the President's senior adviser Stephen Miller -- over the administration's policy on refugee admissions to the United States.

"Jennifer had a hard edge that was not diplomatic," an administration official told CNN, saying she grated on some top Trump officials through her disagreements.

Arangio was swimming against the tide at the White House, where Trump has slashed the number of refugees allowed annually into the United States to 45,000 -- the lowest number in decades.