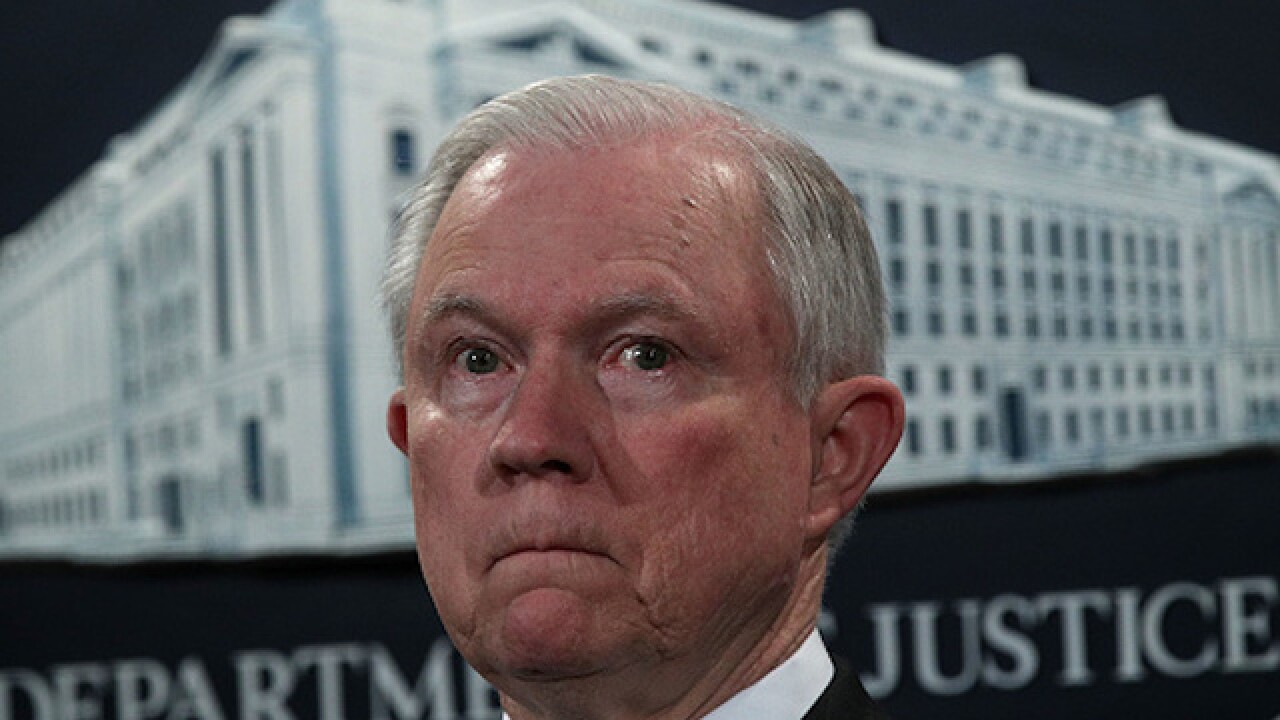 Attorney General Jeff Sessions is once again under scrutiny on Capitol Hill regarding his candor about Russia and the Trump campaign amid revelations that he rejected a suggestion to convene a meeting between Russian President Vladimir Putin and Donald Trump last year.

According to court filings unsealed this week, Trump campaign foreign policy adviser George Papadopoulos suggested at a March 2016 meeting that he could use his connections to set up a meeting between Putin and Trump with the then-GOP candidate's national security team. An Instagram picture on Trump's account shows Sessions attended the meeting at which Papadopoulos made the suggestion.

After Trump declined to rule out the idea, Sessions weighed in and rejected the proposed meeting, according to a person who attended.

But Sessions, who was a top surrogate for Trump during the campaign, did not disclose these discussions despite a persistent set of questions from Democrats and some Republicans about Russia during multiple hearings on Capitol Hill. The new information is renewing attention to how forthcoming Sessions has been with Congress.

There is interest from Democrats on both the Senate intelligence and judiciary committees for Sessions to formally clarify his remarks made before both committees given what's now known about his interactions with Papadopoulos, a Senate aide told CNN. The source said the request for clarification could take several forms, such as having Sessions testify again or submitting a clarification in writing, but that has not yet been determined.

On Wednesday, lawmakers from both parties said Sessions needs to explain the discrepancies. And Democrats were sharply critical.

"Jeff Sessions concealed his meetings with the Russians and he had an obligation to be more forthcoming about meetings that involved Papadopoulos," said Sen. Richard Blumenthal, a Connecticut Democrat who sits on the Senate judiciary committee.

Sen. Martin Heinrich, a New Mexico Democrat who sits on the Senate intelligence committee, said that despite Sessions' testimony before the panel earlier this year, "it turns out he was at this meeting with George Papadopoulos. Papadopoulos proposed meeting with Putin and Trump. He didn't disclose that to the committee."

Heinrich added it calls into question "whether he is being honest and forthright with the committee and what does that mean for the highest law enforcement officer in the country?"

Sen. John Cornyn, the No. 2 in Republican leadership who serves on the intelligence and judiciary panels, said he was unaware of Sessions' attendance at that meeting until now.

He added: "I certainly think it's a legitimate area of inquiry" for lawmakers to pursue.

But a source familiar with Sessions' thinking pointed out that others in the room recall that Sessions "shut down" talk of a Putin meeting and that Papadopoulos "didn't have a lot of credibility." The conversation moved on to other topics and Papadopoulos did not leave a "lasting impression" with Sessions, the source said.

The source added that Sessions "has no clear recollection" of Papadopoulos and any further interactions with him, even though two were seated next to each other at a second meeting of Trump's foreign policy team at the Capitol Hill Club steps from the House.

"The attorney general has been entirely truthful and consistent on this matter," the source said, referring to Sessions' testimony before Congress where he rejected the notion of meetings and interactions with Russians during the campaign season.

At his Senate confirmation hearing in January, Sessions denied any contacts with Russian officials during the presidential campaign. He later acknowledged that he met then-Russian ambassador to the US Sergey Kislyak twice during the campaign. He also testified that he was "not aware" of anyone affiliated with the Trump campaign communicating with the Russians.

Sessions testified in June that he wasn't aware of any conversations between "anyone connected to the Trump campaign" and Russians about "any type of interference with any campaign or election in the United States."

He also testified that he does not remember meeting Kislyak during a VIP reception before an April 2016 campaign event at the Mayflower Hotel, though he acknowledged Kislyak was in the room. Also there were Trump and his son-in-law and White House senior adviser Jared Kushner. In testimony submitted to Capitol Hill investigators, Kushner said he "shook hands" and "exchanged brief pleasantries" with Kislyak.

Asked under oath at a Senate hearing last month if he believed Trump campaign surrogates had communications with Russians, Sessions replied, "I did not and I'm not aware of anyone else that did, and I don't believe it happened."

It is a crime to lie under oath to Congress. Sessions says that his answers were truthful because his meetings with Kislyak weren't specifically about the campaign. At least two Democratic members of the Senate judiciary committee, Al Franken of Minnesota and Patrick Leahy of Vermont, have asked the FBI to investigate whether Sessions committed perjury during his confirmation hearings.

At the Senate judiciary hearing last month, Sen. Lindsey Graham, a South Carolina Republican, asked Sessions: "Did anybody in the campaign, did you ever overhear a conversation between you and anybody on the campaign who talked about meeting with the Russians?"

Sessions replied, "I have not seen anything that would indicate collusion with the Russians to impact the campaign."

On Wednesday, Democrats said Sessions needs to clarify his comments.