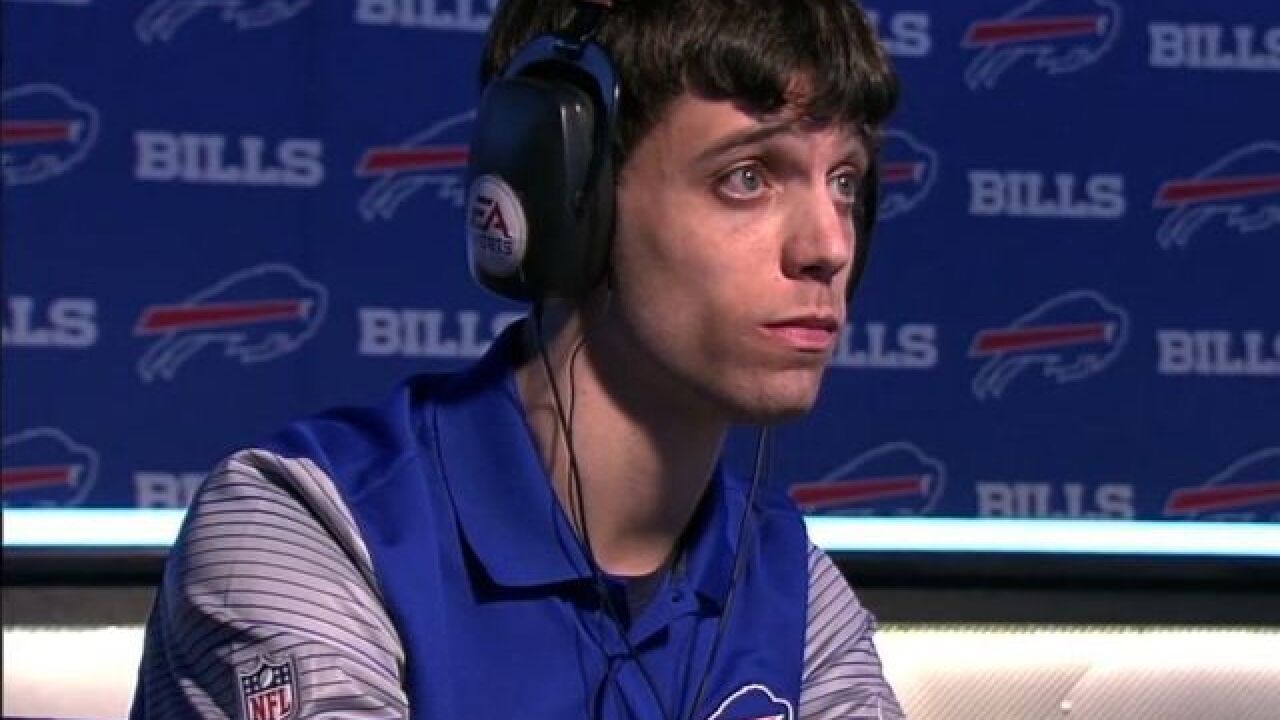 David Katz, the shooter who killed two people and wounded 10 others before taking his own life at an e-sports tournament in Jacksonville, Florida, on Sunday, was in treatment for psychiatric issues at least as early as the age of 12, according to family divorce records.

Katz, who was 24, was prescribed a number of psychiatric medications, including an antipsychotic, and saw "a succession of psychiatrists," according to a 2006 letter from the father's attorney. A separate 2006 court filing states that a therapist said David had experienced a "psychiatric crisis."

CNN also obtained police records that show 26 calls for service to the police from the Katz family home in Columbia, Maryland, from 1993 to 2009, for issues ranging from "mental illness" to domestic disputes. At least two of those calls involved Katz arguing with his mother, though none of the reports provided to CNN show any physical violence. The Howard County Police Department declined to release the reports from a number of the incidents, citing statutory restrictions.

Since Sunday's shooting, the family has told investigators that David Katz suffered from mental health issues, according to a law enforcement source who described the family as being very cooperative with investigators. Both parents have worked for the federal government. Richard Katz is a NASA engineer employed at the Goddard Space Flight Center outside Washington, DC, according to an agency spokesperson. Elizabeth Katz was listed as an employee of the Food and Drug Administration at the time of her divorce.

Neither Elizabeth nor Richard Katz could be reached by CNN for comment.

The court records reveal a divorce and custody battle that was so acrimonious both parents filed to have a guardian ad litem assigned to represent the interests of David, their younger son. They strongly disagreed about his mental health treatment.

Court documents state that Katz suffered emotionally as a child and was prescribed psychiatric drugs, including Lexapro, an antidepressant, and Risperidone, an antipsychotic medication sometimes used to treat schizophrenia. Katz's mother took him to see a number of psychiatrists as well as a social worker and art therapist, according to a 2006 letter from the father's attorney.

His father disputed the necessity of the drugs and a psychiatric evaluation sought by David's mother, suggesting that his son instead "attend a support group for middle school students." "Richard Katz has seen no evidence whatsoever of schizophrenia in David Katz," a motion from his father's lawyer said.

On one occasion, according to a document from the father's lawyer, Katz strongly reacted to the notion of going to an appointment and locked himself in the car. The boy was then "faced with the prospect of being put in handcuffs by the police."

The day after his 13th birthday, police were called to the mother's Columbia home to help with her son, because of "the volume of the television and his overall lack of respect toward her and his grandmother," according to a police report. The day after his 14th birthday, according to another police report, Katz called police to the home because his mother "keeps punishing him by taking away his video games."

Katz attacked fellow competitors at a Madden NFL video game tournament at the downtown shopping complex Jacksonville Landing after losing a game earlier in the day, according to survivor Alexander Madunic. He killed himself with his own handgun, according to Sheriff Mike Williams.

Katz legally purchased a 9mm handgun and a .45-caliber handgun back home in Maryland in the last month, according to officials. One of the weapons had a laser sight that attached to the gun, officials said. It's unclear how he transported the weapons -- and extra ammunition -- to Jacksonville, or how he got them into the event.

Federal gun laws prohibit anyone who has been committed to a mental health institution against their will -- or adjudicated "mentally incompetent" -- from legally purchasing a firearm. A clinical history of psychological issues does not preclude someone from buying a gun. And such medical records are considered private, protected patient information.

Since 2013, residents in Maryland must obtain a handgun qualification license from the state police before purchasing a pistol or revolver. That means Katz would have submitted his fingerprints, undergone a background check, and passed a firearms safety training course to buy those guns.

CNN visited Katz's former stepmother's home in northern Baltimore. There, a man who declined to identify himself said they knew Katz played video games, but they were unaware he owned a firearm. Most recently, Katz's father had been living near Federal Hill in Baltimore, at a home searched by law enforcement after the shooting.

Ti'Andre Montana, who graduated a year ahead of Katz, remembered him as a video gamer who "was antisocial."

"He stayed to himself ... he didn't talk much," Montana said. "He was a good guy. I couldn't image him doing such thing."

Drew Ford, who graduated in 2011 alongside Katz, only spoke to him a few times. But he remembered his reserved demeanor.

"He was a quiet kid, but when you talked to him he seemed cool," Ford said.

Three years after graduating high school, Katz started to attend classes at the University of Maryland, according to university spokeswoman Katie Lawson. He enrolled in September 2014 and was not registered for classes this fall. He lived off campus, and majored in environmental science and technology.

University of Maryland President Wallace D. Loh issued a public statement that referenced yet another mass shooting that occurred at a newspaper in Annapolis just a short drive away from Katz's hometown: "Our community grieves for the families of those who lost their lives in yesterday's horrific shooting in Jacksonville. When our community was directly impacted by the shooting in Annapolis this summer, I said that more than silent reflection is needed to end the epidemic of gun violence in our country, and I will say that again today."