Son of Cavaliers player steals the spotlight after game, and it's adorable 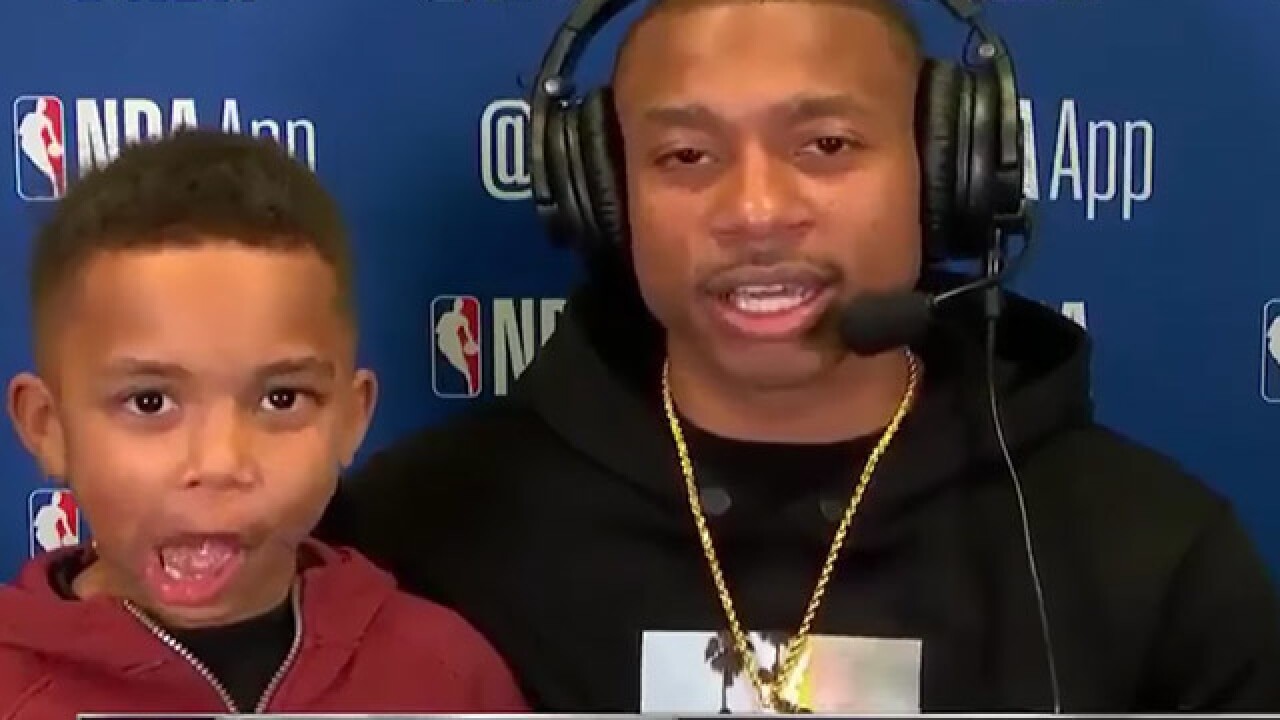 Tuesday was a big night for NBA player Isaiah Thomas. After being traded from the Boston Celtics and missing the first few months of the season with a hip injury, Thomas scored 17 points in his debut with the Cleveland Cavaliers.

RELATED: Thomas has smashing debut as Cavs down Trail Blazers 127-110

But Thomas wasn't the only one debuting his talents. During a post-game interview Thomas's son Jaiden stole the show.

What is @IsaiahThomas ' son's favorite part about being in Cleveland for his dad's games? 😂 pic.twitter.com/KaprS3ohnH

Watch more of the interview below.