Iran says it will no longer abide by 2015 nuclear agreement with U.S. following Soleimani's death 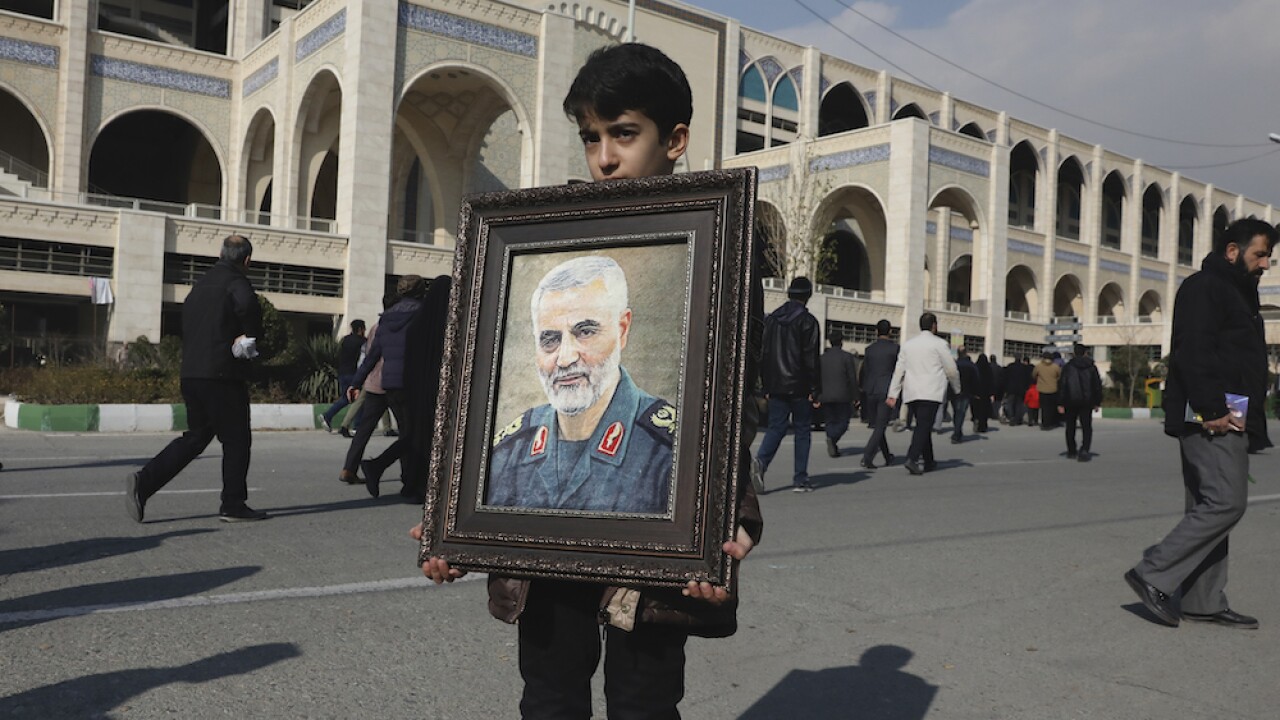 Iranian state television reports that the country will no longer abide by any of the limits of its 2015 nuclear deal.

The announcement came Sunday night after another Iranian official said it would consider taking even-harsher steps over the U.S. killing of Iranian Gen. Qassem Soleimani on Friday in Baghdad.

State TV cited a statement by Iranian presidents administration saying the country will not observe limitations on its enrichment, the amount of stockpiled enriched uranium as well as research and development in its nuclear activities. It did not elaborate on what levels it would immediately reach in its program.

The International Atomic Energy Agency, the United Nations watchdog observing Iran's program, could not be immediately reach for comment.