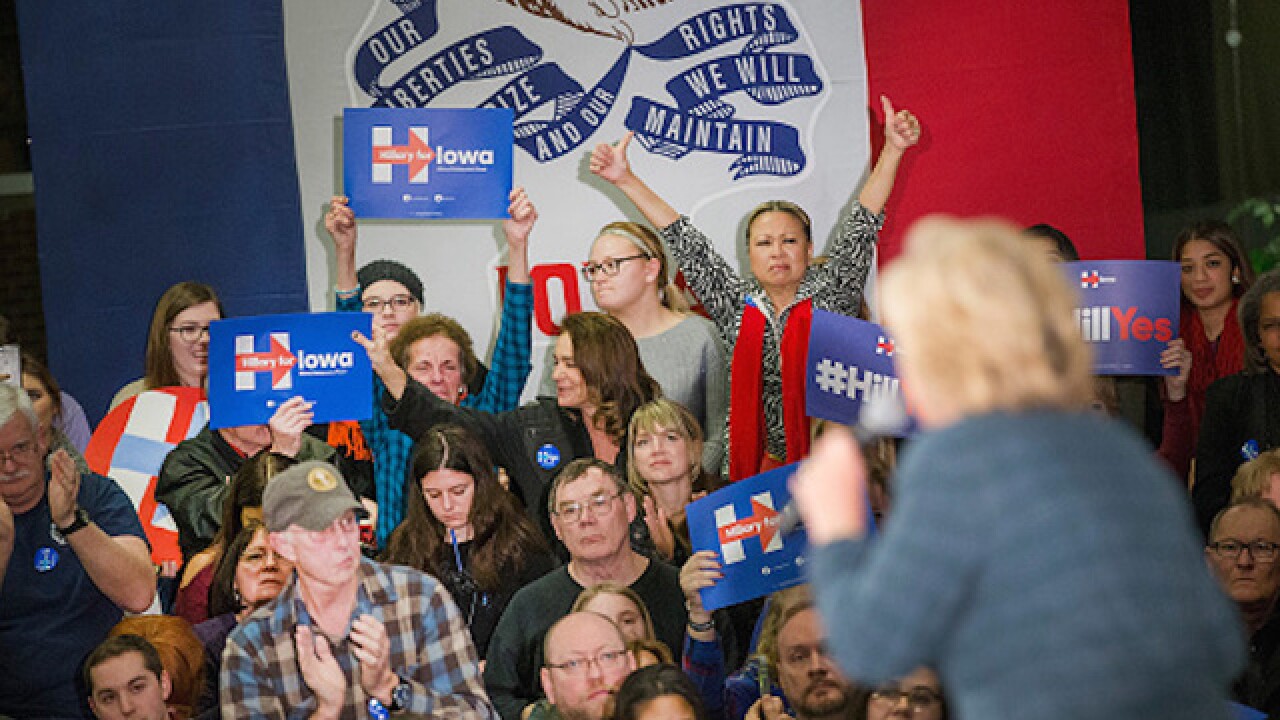 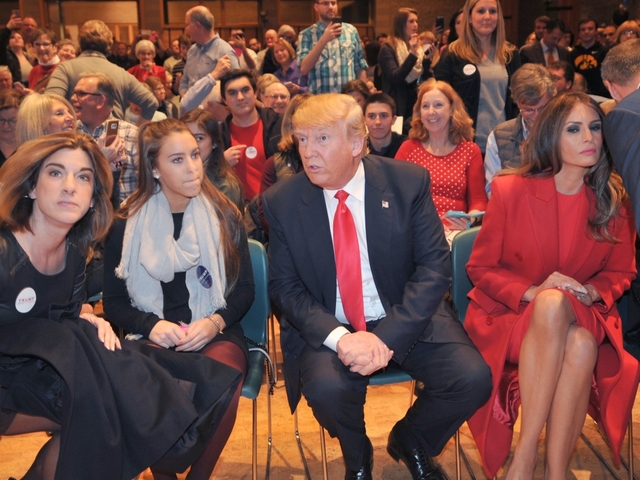 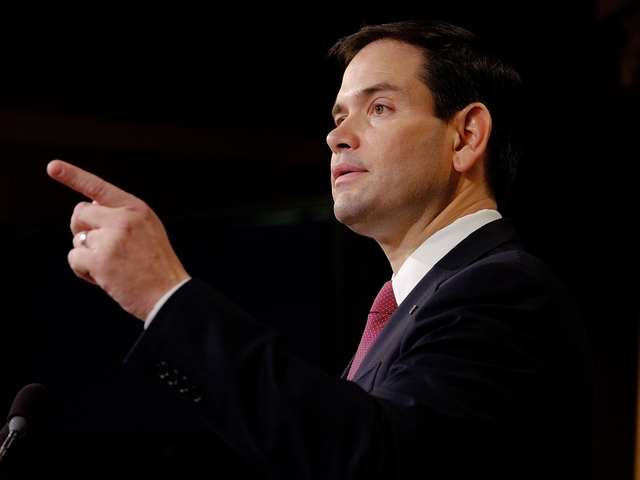 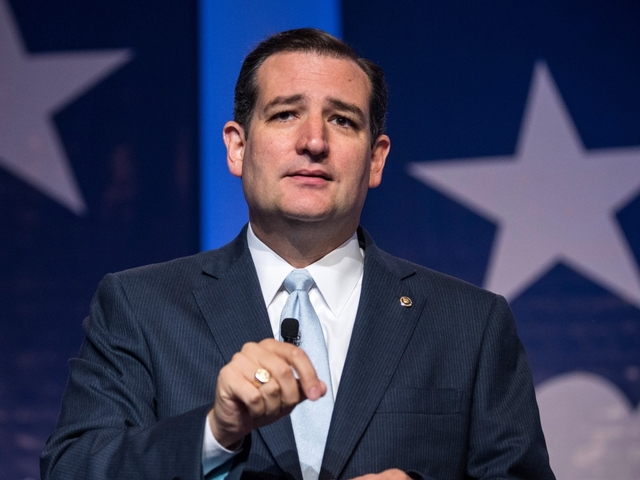 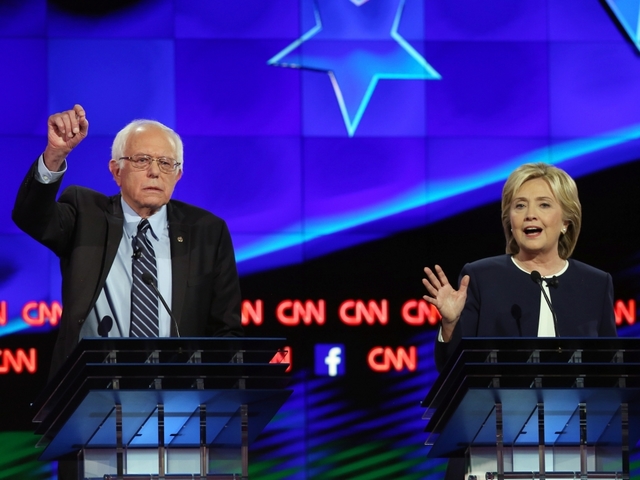 DES MOINES, Iowa (AP) — The opening contest of the 2016 presidential election delivered an Iowa victory to hard-charging conservative Ted Cruz, humble pie to Donald Trump and a night of bristling suspense in a too-close-to-call contest between Democrats Hillary Clinton and Bernie Sanders.

Soon it will be on to New Hampshire, where the calculus is different. But first there's a Democratic race to sort out. Hillary Clinton has declared victory, CNN reported.

"Hillary Clinton has won the Iowa Caucus," the Clinton campaign said according to CNN. "After thorough reporting -- and analysis -- of results, there is no uncertainty and Secretary Clinton has clearly won the most national and state delegates."

But CNN and others are calling the race too close to call. Iowa Democratic party officials released a statement saying the race is the closest in history.

A spokesman for Sanders said the campaign is, "still assessing" whether to ask Iowa's Democratic Party for a recount.

With just one precinct outstanding in Monday's caucuses, Clinton led Sanders by less than three-tenths of 1 percent. The Iowa Democratic Party declared the contest "the closest in Iowa Democratic caucus history." Landing in the early-morning dark in New Hampshire, Sanders did not concede the race to Clinton.

"We still have outstanding results in one precinct (Des Moines—42), which is worth 2.28 state delegate equivalents. We will report that final precinct when we have confirmed those results with the chair."

Developments in the presidential scramble as all eyes turn east:

—Neither party's race in the Iowa caucuses produced a quick winner, but it was immediately apparent that the flamboyant Trump, a magnet for excitement from his massive crowds and derision from his rivals, had a terrific fight on his hands — from Marco Rubio as well as from Cruz.

Cruz went into the caucuses with a ground organization that was the envy of his rivals. He scored heavily with conservatives and won the day, leaving Trump and Rubio in a close struggle for second. Late preference polls had suggested a tight finish between Cruz and Trump — with the New York billionaire having a clearer advantage heading into the Feb. 9 New Hampshire primary.

—Clinton's team spent nearly a year building a massive get-out-the-vote operation in Iowa, trying to power her to an Iowa victory that eluded her eight years ago against Barack Obama on his way to the presidency. But she was confronted by surging enthusiasm for Sanders.

Their Iowa race remains up in the air; Sanders, a senator from Vermont, has the advantage in bordering New Hampshire.

Whatever the outcome, Clinton and Sanders will emerge from Iowa with a similar number of delegates. The Associated Press has awarded 43 of the 44 pledged delegates at stake. Clinton currently leads Bernie Sanders, 22 to 21. If she's declared the Iowa winner, she'll have 23. If he is, their delegate allotment will be tied.

END OF THE ROAD

After a negligible Iowa performance, former Maryland Gov. Martin O'Malley dropped out of the Democratic race, leaving only Clinton and Sanders to duke it out. Former Arkansas Gov. Mike Huckabee, winner of the 2008 GOP caucuses, also exited.

Even though Rubio's team had made clear he was fighting for third place — and that's where he finished — Rubio outperformed expectations. That's because he shrank a gap in preference polls to finish just behind Trump.

With Iowa (and New Hampshire) offering only a small contingent of delegates needed to win the party nominations, the national campaign at this point is very much about who does better and worse than people think they will.

That changes when the rush of big-state primaries begins and the delegate math becomes decisive.

Voters at Republican caucuses indicated they were deeply unhappy with the way the federal government is working. Half said they were dissatisfied and 4 in 10 said they were angry, according to surveys by Edison Research for The Associated Press and the television networks.

Democrats under 45 favored Sanders; those older tended to back Clinton, the surveys found. That trend was even more pronounced among the youngest and oldest Democrats interviewed.

The bracing Sanders-Clinton contest came down to a struggle between practicality and passion, with both candidates from the left but Sanders farther to the left. That continues in New Hampshire and beyond.

Clinton went hard after Sanders for "magic wand" ideas, like substituting government-paid health care for the hard-won and landmark health law everyone knows as Obamacare.

She called herself a "progressive who wants to make progress and actually produce real results in people's lives."

Said Sanders, "You don't make progress unless you have the courage to look reality in the eye."

From one provocative comment to the next, Trump was the man to beat in Iowa, just as he will be in New Hampshire next week despite his defeat Monday. He flouted convention at every turn and capped his iconoclastic ways by blowing off the final Iowa debate in a snit with Fox News.

Cruz, who campaigned and organized exhaustively in Iowa, put into motion a strong ground game to get Iowans to the caucuses.

— "Hillary goes out and works with what we have to work with. She works across the aisle and gets things accomplished." — John Grause, 54, of Nevada, Iowa, served as a precinct captain for Clinton.

— "He's the one true conservative in the race. I don't think he's the wolf in sheep's clothing." — Brad Sorensen, 46, of Waukee, who works for the Iowa Farm Bureau, on why he came out for Cruz.

— "I think he's got leadership written all over him." — Wayne Wagemann, 35, who was among more than 2,000 people at a concert hall in Clive, a Des Moines suburb, on why he backed Rubio.